Financing Construction Innovation Through the Power of the Crowd 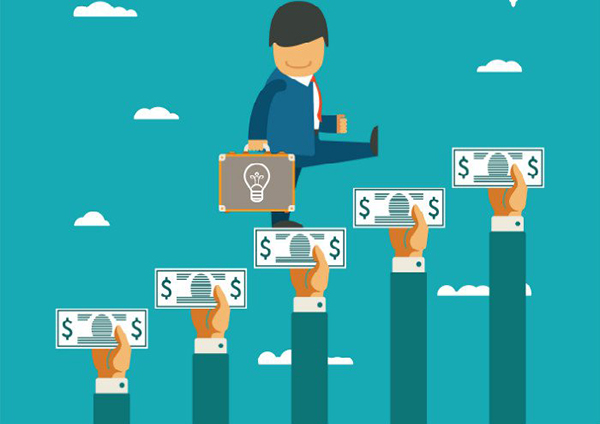 This is based on evidence that such businesses are the factories of new ideas which contribute disproportionately to employment growth and the much needed transition in our resource-dependent economy. While Australia ranks relatively well in the OECD countries for ease of business creation, our start-up rate has declined in recent years and jobs generated per business has been falling, with only three per cent of start-ups generating 77 per cent of employment growth.

One of the greatest challenges is finance. The big banks are highly risk averse and the emerging Australian venture capital sector sees the construction industry as a relatively high risk investment. They also see it as a sector which provides relatively little growth and return on investment compared to the high technology industries, which promise to transform our economy into the future.

Unlike construction entrepreneurs in countries like China and the US, who have access to multi-billion dollar venture capital markets and government start-up funds, Australian entrepreneurs have to compete for finance from a fledgling venture capital sector which invests approximately $600 million a year. While this amount is growing slowly each year, most of this money is invested into high-tech businesses in other sectors which are in their early commercialisation phases, leaving both new and established construction entrepreneurs struggling to find finance to establish and build their businesses.

However, the growth of the internet is presenting Australian construction entrepreneurs with new alternative possibilities to fill the funding gap in developing their bright new ideas and businesses. Australia punches above its weight in the growing crowdsourced funding market (crowdfunding), having established some of the world’s largest crowdsourcing platforms such as Freelancer, Ozcrowd, pozible, Designcrowd, Kaggle and Venturecrowd, to name a few.

These new crowdfunding platforms, and many others such as Kickstarter which are based overseas, provide largely untapped opportunities for construction entrepreneurs and companies to seek investment capital for their new ideas from the public, customers and angel investors from around the world in a new borderless platform economy. For example, using the crowdfunding platform Crowdcube, a cleantech start-up in the UK, recently raised £762,000 from 535 equity investors in just two days to support the development of a floor tile capable of generating energy from pedestrians.

Crowdsourcing is also emerging as a new way to fund major construction projects. For example, the world’s first crowdfunded construction project was a hotel development in Bogata, Columbia which secured US$170 million in funding from 3,800 investors who reportedly got an average of 40 per cent return on their investments. In the US, it has been estimated that by 2017 the value of construction project crowdfunding could grow to be over US$3 billion, driven by recent legislation which allows projects to be funded by non-secured investors.

However, until recently it was difficult for Australian construction entrepreneurs to provide crowdfunding investors equity in their projects. This has restricted the number of projects suitable for being crowdfunded and the numbers of investors willing to support them. So to avoid Australia losing out to other countries where equity crowdfunding is permitted, the Australian government has recently created a legal framework for crowdfunding to assist start-ups and other small businesses that may have difficulty accessing traditional equity funding. This framework also provides important protection to investors who are likely to be relatively unsophisticated and investing in new ideas and companies with high risk of failure.

To date, crowdfunding has been mainly pioneered in other industries such as the arts, where funding for projects is notoriously limited. Large companies like Qantas, Vegemite, LEGO, Starbucks, IBM and even Kettle Chips are also using crowdsourcing to tap into the loyalty of their customer bases to involve them as equity partners in the creation of new products and services. In this way, crowdsourcing is becoming a legitimate form of collaborative innovation and organisational learning whereby companies tap into the power of the crowd. Indeed, it is predicted that by 2017, 50 per cent of all consumer goods innovation will be funded by crowdsourcing, since it represents an excellent way for companies to test the viability of their new ideas in the market through the willingness of their customers to invest in it.

Indeed, crowdsourcing (without the equity and finance) has been used by many years in the construction sector in the form of design competitions for some of the most iconic buildings including the Sydney Opera House. However, it has yet to be widely used to secure funding for projects and new business ideas and given the huge potential for entrepreneurs in the construction sector to contribute positively to society and the environment in which it builds, this would seem to be an untapped opportunity.

Crowdfunding could not only provide new sources of funding to large and small construction companies and budding construction entrepreneurs, but could open up enormous new opportunities for the industry to engage with communities which have traditionally been seen as a risk to the construction industry rather than an opportunity and asset.

Finally, crowdsourcing may offer interesting new opportunities for deep collaboration within construction supply chains by enabling firms to come together in the financing and development of new ideas.

This article was first published on www.sourceable.net.

Read more about our Construction Management and Property degree here.

Read more about our Master of Construction Project Management here.