Graduates with STEM degrees have better employment outcomes and the skills and technology grounding needed to succeed in the world of tomorrow, writes Les Field. 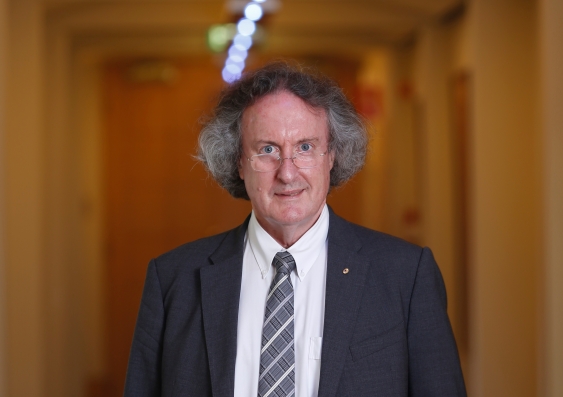 The report shows that fewer than half of STEM graduates looking for work early last year had found a full-time position within four months of graduation, almost 20 per cent below the average for all degree holders. Further, only half of those employed considered their STEM qualification to be relevant to their job.

We have to realise that STEM degrees fall on a broad spectrum, from the highly vocational and professional degrees (mechanical engineering, IT or geochemistry) through to more general and fundamental undergraduate degrees in physics or biology that do not easily map directly to many of the jobs available today.

We have to realise that, as is the case in many of the humanities and health disciplines, about a third to a half of all graduates in the less vocational STEM disciplines — the S and the M end of STEM — go on to further study. This contrasts starkly with the one in five bachelor graduates who pursue further study across all disciplines. However, the news is not all bad for STEM students.

A report from the Office of the Chief Scientist in March showed that, across the medium term, people with STEM qualifications actually have higher rates of employment than graduates from other disciplines.

We also know that those holding postgraduate STEM degrees have better employment outcomes and higher average salaries than graduates in almost all other disciplines.

We know that many Australian employers expect to employ more STEM graduates across the next five to 10 years, and that a quarter of employers are already struggling to recruit people with appropriate STEM qualifications.

And we know from a PricewaterhouseCoopers report last year that without a significant structural change in our economy, Australia is likely to drop out of the G20 within the next four years, and out of the G30 by 2030. Government and the opposition recognise that the structural shift required for Australia to remain among the leading economies will require new industries and businesses based heavily on STEM.

So where to from here?

We do need to improve the match between employer requirements and the skills and experience of graduates; emotional intelligence and the ability to work effectively in teams critical among them. We need to provide more avenues for industry placements and internships for undergraduate STEM students; a key recommendation of Australia’s Chief Scientist.

We also need to keep STEM disciplines front of mind when educating our primary and high school students. A good STEM-based education gives you a versatile, flexible, problem-solving, technology-literate grounding, which is what you need for life and good employment prospects in the world of tomorrow.