The Spring funding bottleneck that makes or breaks science careers

It's Spring, and time for four in five research funding applicants to hear the words, sorry, it's a no go, writes Rob Brooks. 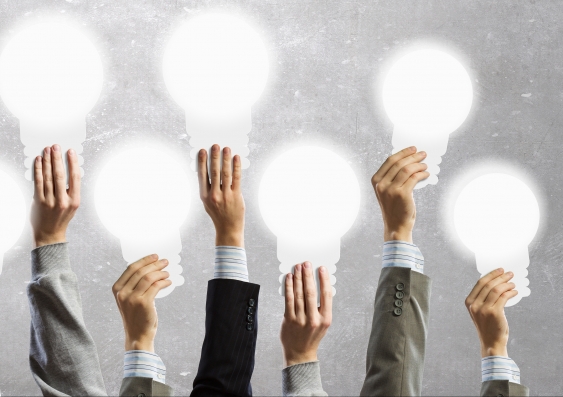 OPINION: Around this time of year Australian researchers grow jittery. Not with the migratory restlessness of spring, but, rather, fretting about whether they will have the chance to fledge their best ideas.

Last summer, as happens every year, most researchers spent the quiet teaching-free summer months working up proposals to submit to these two primary funding agencies. Then, after a nine-month gestation, during which world-leading researchers critique each grant, and a panel of experts meets to decide which of the many deserving proposals are most worthy of funding, the government announces which projects will be supported.

Researchers invest astronomical effort in these proposals, for fairly slim returns. Fewer than one in five applications to the Australian Research Council's Discovery program are supported, and, last year, the total grant funding allocated was less than 13 per cent of the total requested.

Research funding buys equipment, consumables, lab reagents, and travel to meet with collaborators. But most important of all, it pays the salaries of our research teams. Only a small proportion of Australia's research workforce have permanent positions at universities or institutes. Many of our most senior researchers depend on research grants for their livelihoods. But all of our most junior researchers do.

Today's high-flying researchers – almost to a person – spent time as research assistants, postdoctoral researchers, or fellows. These early jobs hooked many on a research career, and kept most of us gainfully employed in research until we landed more secure, ongoing positions. And each of these jobs was funded from a research grant or fellowship from a national funding agency or a philanthropic body, won in some kind of competitive, proposal-driven process.

Three years as a postdoctoral researcher made all the difference to my career. In 1997, I moved to Townsville for a one-year position from South Africa, where the least of its historic sins was a paltry record of funding curiosity-driven research. It is hard to convey how impressed I was then at the professionalism of Australia's funding ecosystem.

Research grants and fellowships created opportunities for early-career researchers to work full-time for a salary that reflected their expertise and skill. Research was not treated as a hobby, but as a dignified and worthwhile enterprise of its own.

My first ARC Fellowship and Grant provided both the freedom and the resources I needed to flourish into an independent researcher. Since that time, my research group and I have been well-supported, particularly by the Australian Research Council. Research is almost always a team effort, and the 20 or so postdocs and research assistants I have employed in my lab have propelled every one of my projects.

When the subject of research funding arises, one can always count on hearing the following two opinions. First, from outside the research world, one hears of the expense involved, and how "taxpayers' money" should be spent with greater prudence. Sydney's Daily Telegraph fanned the most recent flare-up, pot-shotting at descriptions of research projects they thought sounded self-indulgent. That's when the federal Treasurer found himself agreeing with ossified radio announcer Ray Hadley that all funding decisions should stand up to scrutiny by punters who prop up the front bar in a suburban pub.

The second position, usually from people who inhabit or know the research world, holds that governments should be pouring far more money into research. Comparisons with military spending, the costs of running Parliament, or taxes foregone via negative gearing, become inevitable. In this never-ending argument about the merit of spending on research versus other economic priorities, researchers and research institutions might look like just another self-interested lobby group, keen to tip budgets in their own favour.

Those whose self-interest is served by obfuscation and ignorance exploit this impression, painting researchers as self-interested spongers, enriching themselves and climbing the status ladder on the back of research funding handouts. The tactic comes straight out of the handbook written by Big Tobacco and edited by the fossil fuel lobbyists.

I harbour no doubt that winning a grant can make or break a researcher's career. Just how keenly becomes palpable in the hallways of a university department on the day of a funding announcement. Funding success is so rare, and such a respected endorsement of both the researcher's track record and their proposed project, that winning a grant has become the ultimate research career Key Performance Indicator.

But the joy of being funded comes with massive survivor's guilt, because an average of four out of five colleagues who applied – top-class researchers all – won't have the resources to pursue their best research ideas.

And yet there is more to the disappointment. With the rejection of each grant, the opportunity to employ another person in a research position withers. And as the pool of available funding shrinks, at least relative to the growing costs of employing people, the size of our labs, our departments and our country's research workforces declines.

"Eliminate Dengue" represents one of Australia's research success stories, with many grants over the years getting the tick of approval, even when others did not. What Scott O'Neill and his many colleagues have achieved is truly remarkable. Not just scientifically and technically, but in staying on their feet long enough, and hustling to sell their vision not only to funding agencies but also to philanthropic foundations.

The unanswered question is, How many Scott O'Neills have left science because the employment opportunities weren't there? How many ideas as world-changing as "Eliminate Dengue" never saw the light of day?

Rob Brooks is Scientia Professor of Evolution and Academic Lead of the Grand Challenges Program at UNSW. His research is funded by the Australian Research Council.