A number of parliamentarians could find their position compromised if the High Court gives a wide operation to what it means to have an 'indirect pecuniary interest', writes George Williams. 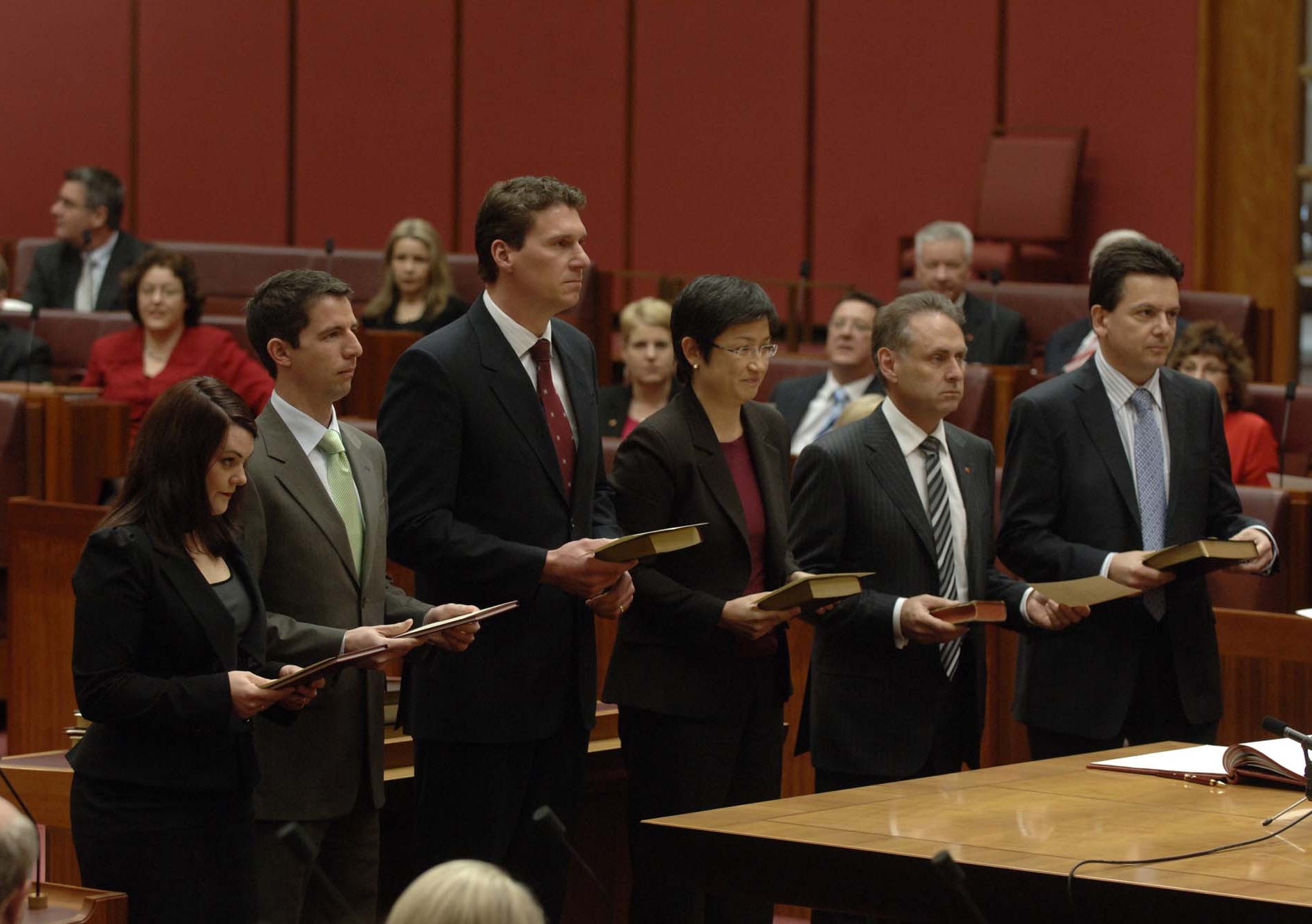 OPINION: It has been a remarkable year for the Senate. Once in a generation changes to Senate voting were followed by Australia's first double dissolution election since 1987. That poll produced one of the most diverse and divided Senates since Federation. And now the Senate's composition has been thrown into doubt by a likely double challenge to Bob Day and Rodney Culleton's membership of the chamber.

This latest controversy will be resolved by the judges of the High Court sitting as the Court of Disputed Returns. The Turnbull government will want a quick answer, as the absence of two senators may cause the defeat of its legislation. The court has granted requests for extradition in the past. It has recognised the need for stability and certainty when it comes to the composition of Parliament, and so matters have been resolved in weeks rather than months.

On this occasion, it is less clear that the government will get a speedy result. High Court Chief Justice Robert French will retire on January 29, 2017, a few weeks ahead of his 70th birthday. If the challenges cannot be decided by this time, the chief justice will not be able to sit, leaving only six judges to hear the case.

This would be a risky course as the court may divide 3:3. If this happens, the view of the senior justice on the case will prevail. There would be an answer, but not one produced by a clear majority. This may prolong the political controversy. Another person might seek to have the issue tested again before seven judges in the hope of getting a different outcome.

The problem is that it is not clear that the court can resolve both matters before the end of January. One case might be determined in that time perhaps, but two would be a stretch, especially as the Day case will involve unravelling his financial arrangements. In these circumstances, the judges may only begin hearing the matters in February once a new chief justice is in place.

Of the two cases, the Culleton matter appears to be the more straightforward. Section 44(ii) of the Constitution says that a person cannot sit in Parliament if the person has been "convicted and is under sentence, or subject to be sentenced, for any offence punishable … by imprisonment for one year or longer".

When Culleton stood for the Senate earlier this year, he fell within these terms. He had been convicted of larceny, an offence punishable by up to 5 years in jail, and was awaiting sentence. However, after the election in August, his conviction was annulled pending a new hearing. The legal question is whether the Constitution automatically disqualified him at the time of his conviction, or whether he was entitled first to exercise his appeal rights.

The Day matter is more complex and may have broader implications. He may have breached section 44(v) by having a "pecuniary interest" in an agreement with the Commonwealth. Such an interest is only permitted for an MP where it is through a company with more than 25 shareholders.

This section plays an important, protective role. It is designed to stop people sitting in Parliament and at the same time making money by contracting with the Commonwealth. The potential for a parliamentarian to misuse their position is enormous. They might trade votes for favourable commercial treatment, or influence policies to give their companies an advantage in securing public contracts.

It is not clear how far this section extends. It has only been examined once by the court. That occurred in 1975 when Chief Justice Sir Garfield Barwick decided to hear alone a challenge to Senator James Webster of the Country Party. At a politically charged time, he adopted a narrow approach that allowed Webster to remain in Parliament. After the Coalition blocked the budget bills in the Senate, Barwick then gave advice to Governor-General Sir John Kerr that enabled the dismissal of the Whitlam government.

Barwick's judgement was controversial, and has since attracted much criticism. Despite this, many parliamentarians have assumed that his view is correct and that there is limited scope for a pecuniary interest in an arrangement with the Commonwealth to lead to disqualification. The Day case could puncture this complacency. A number of parliamentarians could find their position compromised if the High Court gives a wide operation to what it means to have an 'indirect pecuniary interest'.

The matter could raise further questions. Might a federal parliamentarian be disqualified if their spouse enters into a contract with the Commonwealth, or if the parliamentarian guarantees a loan between another person and the government? If the Constitution extends to these and other arrangements, the Day case may be only the first such challenge to members of the current Parliament.