The legend and laws of Anzac

Within a year of troops landing at Gallipoli in April 1915, it had become an offence to use the word Anzac – or even a word similar to it – in trade or business. The impact has been chronicled in a new book by UNSW Law's Catherine Bond. 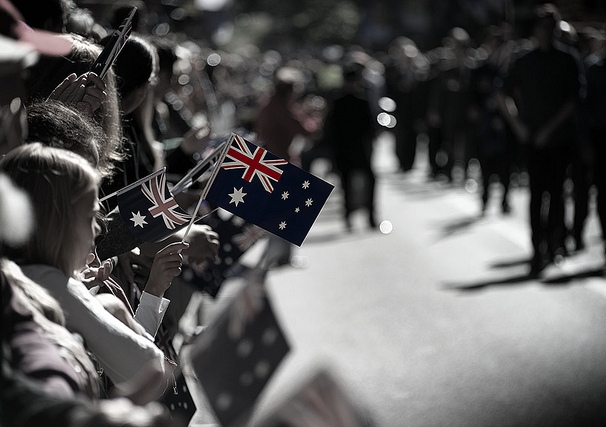 In the Marketing Fails Hall of Fame, Woolworths’ 2015 “Fresh in our Memories” campaign remains a standout.

When Woolworths used the phrase and its logo on photographs of Australian diggers to commemorate the centenary of the Gallipoli landing, public condemnation was swift. The supermarket giant was accused of commercialising Anzac Day and trivialising the memory of those who fought and died.

More pointedly, the then Minister for Veterans’ Affairs Michael Ronaldson rebuked the company for not seeking his department’s permission as required under the Protection of Word Anzac Act.

Woolworths quickly abandoned the campaign and issued an apology, a high-profile casualty of laws that had been introduced almost 100 years earlier.

The history of those laws, and their impact on Australian society, has been chronicled in a new book by UNSW Law senior lecturer Catherine Bond, Anzac: The Landing, The Legend, The Law. 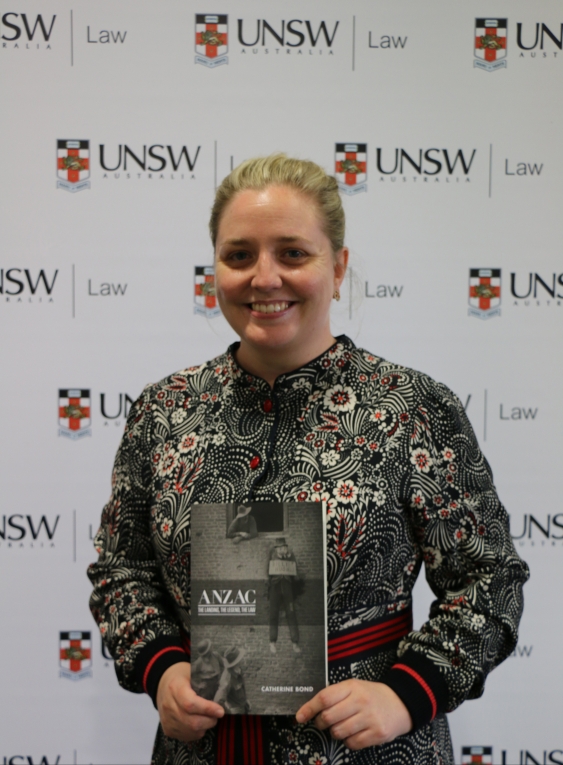 Bond says that within three months of troops landing at Gallipoli in April 1915, Anzac-branded household goods had begun to flood the Australian marketplace. Individuals and businesses were seeking federal trademark registration for the word Anzac across a range of products and businesses – cafes, hotels, restaurants, soap, playing cards, jewellery, clothing, soft drinks, tobacco, even weaponry. In many instances the intention was patriotic but there were also commercial motives.

In May 1916, keen to protect a word that had quickly become revered, the government introduced the War Precautions Supplementary Regulations, and from 1 July 1916 it became an offence to use the word Anzac – or even a word similar to Anzac – in trade or business.

“We can’t underestimate how the community felt about this word at the time the laws were introduced,” Bond says. “It had quickly come to be regarded as a sacred word, a source of national pride, and the government felt it had to act to maintain the sanctity of the word within the community.”

The Anzac Art Photo Enlargement Co was one of the first to be charged under the new regulations. Photo: National Archives of Australia

The regulations were enthusiastically enforced by Solicitor-General Robert Garran and breaches could incur fines of up to £100 or six months’ imprisonment, or even both.

One of the earliest prosecutions involved Frederick Rogers, who had changed the name of his restaurant from Railway Cafe to Anzac Cafe. He was ordered by police to remove the new sign but missed the deadline, thanks to a tardy sign-writer, and was prosecuted and fined. The fact that he had changed his name from the German Spiegelhalter earlier in the year didn’t help his case.

Another early prosecution involved a photography company run by James Armstrong, who had a brother serving in the war and called his company Anzac Art Photo Enlargement Co.

“The police were called and although he had removed much of the signage, he still had some photo frames and bits and pieces featuring Anzac Photography in his store so he was prosecuted and fined,” Bond says.

“He appealed to the government for a reduction in the fine because he’d named his store after his brother, a serving soldier, but Solicitor-General Garran rejected the appeal on the basis that he had continued to advertise his store as an Anzac store after he had been told not to.” 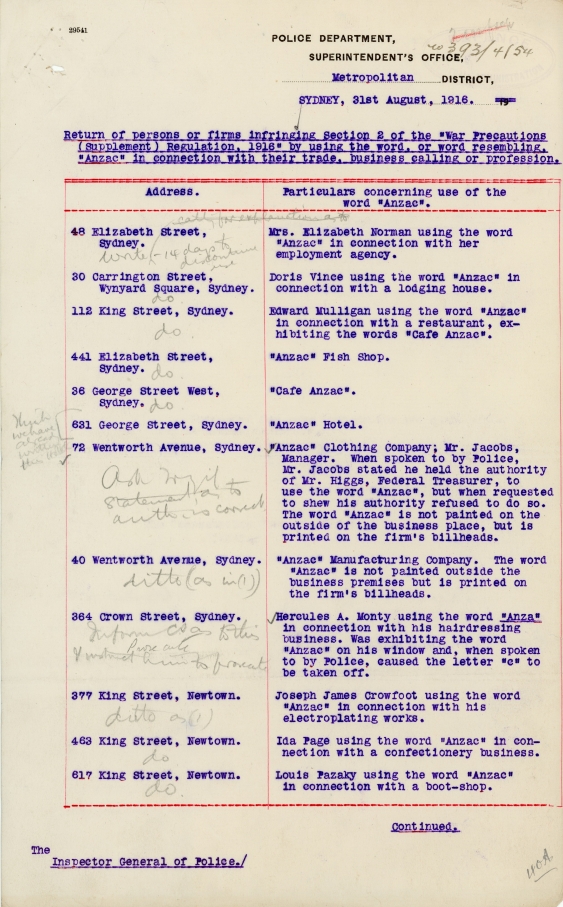 In November 1916, the prohibition was extended to private homes, boats, vehicles and charitable institutions.

“This extension into the private sphere was unprecedented and had a significant impact on the home front, particularly for grief-stricken families who wanted to name a home to commemorate a son killed in action or honour a brother serving in the war,” Bond says.

Her book includes numerous letters, held in the National Archives of Australia, pleading for permission to name a home Anzac. “Since my wife is broken hearted and the word Anzac was placed on our residence in remembrance of our missing son, it is my wife’s earnest wish to have it kept up,” reads one. Another reads: “I named my cottage Anzac in memory of my sons, two of whom have been killed in action and one is now seriously wounded.”

Every request was denied. 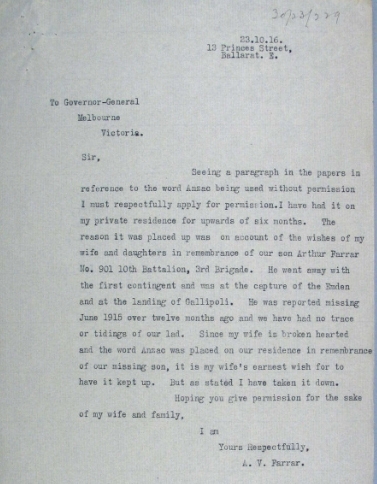 One of many letters pleading for permission to name a home Anzac in memory of a relative. Photo: National Archives of Australia

It was these letters that inspired Bond to pursue this project, and she dedicated her book to those correspondents. “As a legal academic, it bothered me that this hardship was imposed on these families, through law, during what would have been a very dark time for them, and I wanted to explore why this regulation occurred and whether it should have been allowed to happen at all,” she says.

While there has been a slight relaxation of the law over the past 100 years to allow businesses to advertise Anzac Day activities, Bond says the original restrictions remain in place.

“I have never found a word as regulated as Anzac, at least not a national word. The words Olympic and Olympic Games are heavily regulated but I have not found anything treated the same way through law as Anzac. It remains special in Australia and in New Zealand and in the UK where there are also laws in place protecting it.”

Should these legal protections continue? Bond believes the restrictions on the use of Anzac on homes, vehicles and boats are no longer necessary: “I don’t think the community would be offended by the use of Anzac in those circumstances,” she says.

“But I think there’s a community feeling that we should maintain these regulations for the commercial context. We saw around the centenary of the landing at Gallipoli in 2015 what the community feels comfortable with.”