The homeless have no choice but to live life in public

The recent forced removal of homeless people from a camp in central Sydney raises some difficult questions, writes Amelia Thorpe. 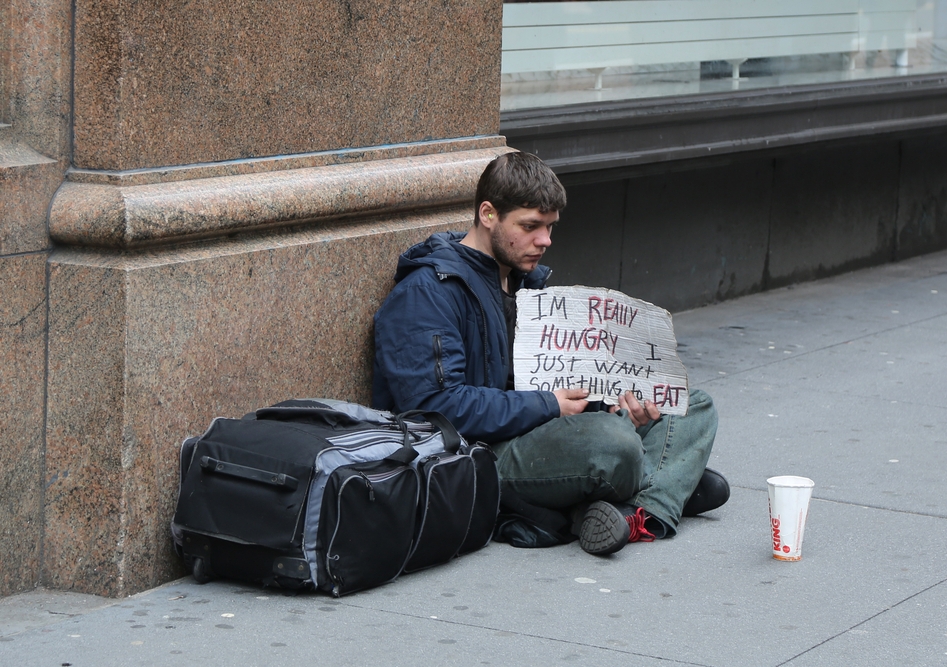 OPINION: The recent forced removal of homeless people from a camp in central Sydney raises some difficult questions, not least being whether it is reasonable for the bankers, lawyers and politicians of Martin Place to be protected from the disturbing sight of the homeless.

Over the past six months the camp has become home to a growing number of Sydney's homeless. As well as shelter and safety, the camp offers food, blankets and clothing through the volunteer-run Safe Kitchen and Safe Space. The camp has also provided community and a place to belong, something unimaginable for the many homeless people forced to move between shelters and street spaces every few days.

Public nuisance, one of the grounds on which the City of Sydney based their eviction, is an offence dating back to the Middle Ages. A public nuisance is an interference with the reasonable comfort and convenience of the public, which the NSW Local Government Act empowers councils to abate. The City's eviction letter explains: "The accumulation of items in Martin Place, including a barbecue, gas bottles, tents, food and other items has been determined to be a public nuisance as it materially affects the reasonable comfort and convenience of other users of Martin Place."

The problem is that public nuisance implies that we all have somewhere private to go. Activities like cooking, bathing, sleeping – or supporting friends in times of crisis – are performed mostly by people at home, in private. I do not need to disturb others by attending publicly to my most basic needs because I have a home with a bathroom, a kitchen and a laundry in which I can take care of myself and my family.

Yet for those who are homeless, there is no private alternative. Without a home, there is nowhere to be but in public, in all aspects of life.

Others may find some aspects of other people's lives uncomfortable or inconvenient to witness, particularly when those lives appear difficult. But before we go on to declare that the causing of such discomfort and inconvenience constitutes a nuisance, we must reflect on what is reasonable.

Laws and policies prohibiting camping, cooking and the storing of possessions in public spaces have a disproportionate impact on those who have no alternative place to go. In protecting the comfort and convenience of the more privileged users of Martin Place, we must remember that large numbers of people – 433 in the City of Sydney's February sleeping rough count – have no choice but to live their lives in public.

Organisers of the camp have noted repeatedly that the selection of the site in Martin Place was based partly on the safety and shelter afforded. The robberies, rapes and attacks to which homeless people so often fall victim are less prevalent in Martin Place. Beyond these immediate concerns, the site was chosen also for its visibility. It is directly opposite the Reserve Bank, around the corner from the NSW Parliament, and just a few buildings up the hill from Seven News.

The City of Sydney employs a team of six people to work on homelessness, and that team does vital work. But much more is needed. When we think about unreasonable behaviour and the causing of discomfort and inconvenience, we should think less about sleeping and storing possessions in public places, and more about perseverance at state and federal levels with the policies that have caused the current housing crisis.

Amelia Thorpe is a senior lecturer and director of environmental law programs at UNSW.