Lawyers who defend asylum seekers are not un-Australian

Immigration Minister Peter Dutton should learn to live with lawyers who help in matters of life and death, writes Claire Higgins. 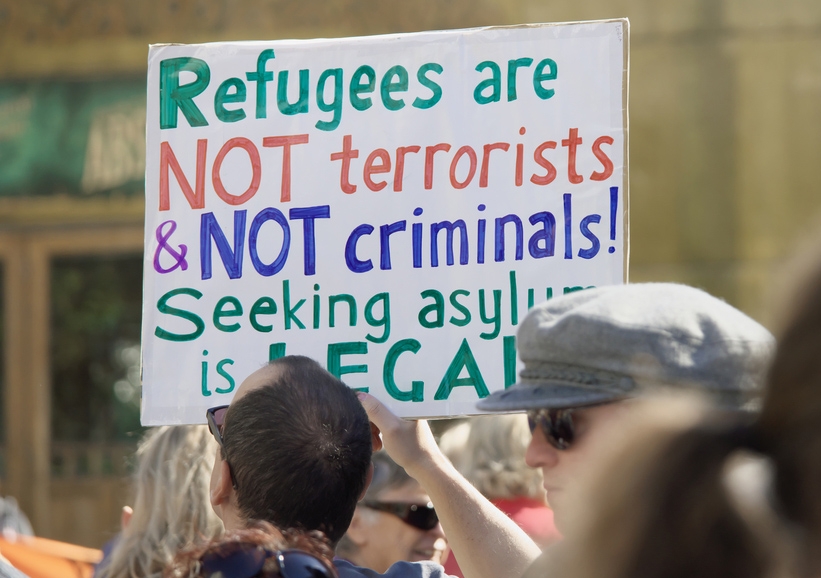 OPINION: Lawyers who defend asylum seekers, the immigration minister believes, are “un-Australian”. Peter Dutton is not the first minister to level criticism at asylum seeker advocates. But history shows that things could – and should – have turned out very differently.

Speaking in the wake of news that the Turnbull government is cutting financial support for about 100 asylum seekers in Australia, the minister was essentially criticising the right of these asylum seekers to have fair, principled and efficient determination of their claims for protection.

This is nothing new in Australia’s political history. Dutton’s sledging of legal advocates is nevertheless contrary to a firmly entrenched view, couched in the rule of law, that people have a right to legal representation – particularly vulnerable people.

Australia has had a formal procedure for refugee status determination since 1978. Before then, the UN refugee agency’s senior officer in Australia found that because the country lacked formal procedures for assessing refugee claims, governments exercised deportation practices that risked sending people back to persecution, a potential breach of the principle of non-refoulement set out in the 1951 refugee convention.

When the then Fraser government established this procedure, it anticipated the possibility that refugee claims could extend outside the department of immigration and into the courts. Archival records show that officials from the departments of immigration, foreign affairs and prime minister and cabinet made this observation:

“Difficulties were foreseen in the proposed procedures breeding a new race of ‘immigration lawyers’, marked by their skill in delaying official procedures by exploiting appeal mechanisms and in other ways obstructing fair determination by the committee.”

But the notes continue:

“It was decided that we would have to live with this prospect, in the interests of providing and being seen to provide the applicant with every opportunity to present a full and favourable case.”

In this private conversation, principle took precedence over politics. The Australian government “would have to live with” the lawyers, because access to legal representation supports the integrity of the nation’s legal system.

Minister Dutton criticises lawyers for pursuing a social justice agenda. But people fleeing persecution have a right to a “fair go”.

Since asylum seekers began arriving in Australia by boat in steady numbers from the late 1980s, ministers for immigration have increasingly decided they don’t want to “live with it”. Successive ministers have viewed judicial oversight as challenging the government’s desire to control the admission of refugees. As a result, there has developed what experts in migration law call a “high profile interbranch dispute” between the courts and the parliament.

This dispute gained prominence in the early 1990s, when prime minister Bob Hawke publicly stated that Cambodian asylum seekers could be returned to their country, in a move that would have denied them access to individual refugee status determination. Asylum seekers’ right to such determinations was thus taken up by a small but growing community of migration lawyers.

In turn, then immigration minister Gerry Hand developed a well-known dislike of the advocates who contested his department’s decisions. They were a “classic type”, he said. The type who wears tight-fitting jeans, sees themselves as a “radical” in a contest with his department, and “bitches and belly aches on the national airwaves” about the plight of their clients.

Crucially, this antipathy went beyond verbal criticism to inspire a cornerstone of Australia’s current asylum policy. Minister Hand introduced the system of mandatory detention in 1992 in order to ensure the courts could not “interfere with custody”. And, as one asylum seeker submitted in an individual communication to the UN human rights committee in 1993, the increasingly remote locations of detention facilities “vastly compounded” difficulties in accessing legal advice.

Minister Dutton criticises lawyers for pursuing a social justice agenda. But people fleeing persecution have a right to a “fair go” – as the Law Council of Australia has pointed out, there is nothing more Australian than defending that right. And as Khanh Hoang from Australian Lawyers for Human Rights notes, the rule of law is part of the government’s own Australian valuesstatement. Rather than trying to thwart this process, the minister for immigration should accept that access to legal representation can help to ensure vulnerable people in search of protection have the best chance to present their claims. Because for these children, women and men, their claims may be a matter of life or death.

The minister should learn to “live with it”.

Dr Claire Higgins is a senior research associate at the Kaldor Centre for International Refugee Law at UNSW Law. Her book, Asylum By Boat: Origins of Australia’s refugee policy (NewSouth), will be out in September.

This piece was originally published by Guardian Australia.