When marriage equality in Australia was to come down to a national postal vote, AGSM full-time student and Co-President of the MBA cohort, Sam Gardner, felt he had to take positive action. 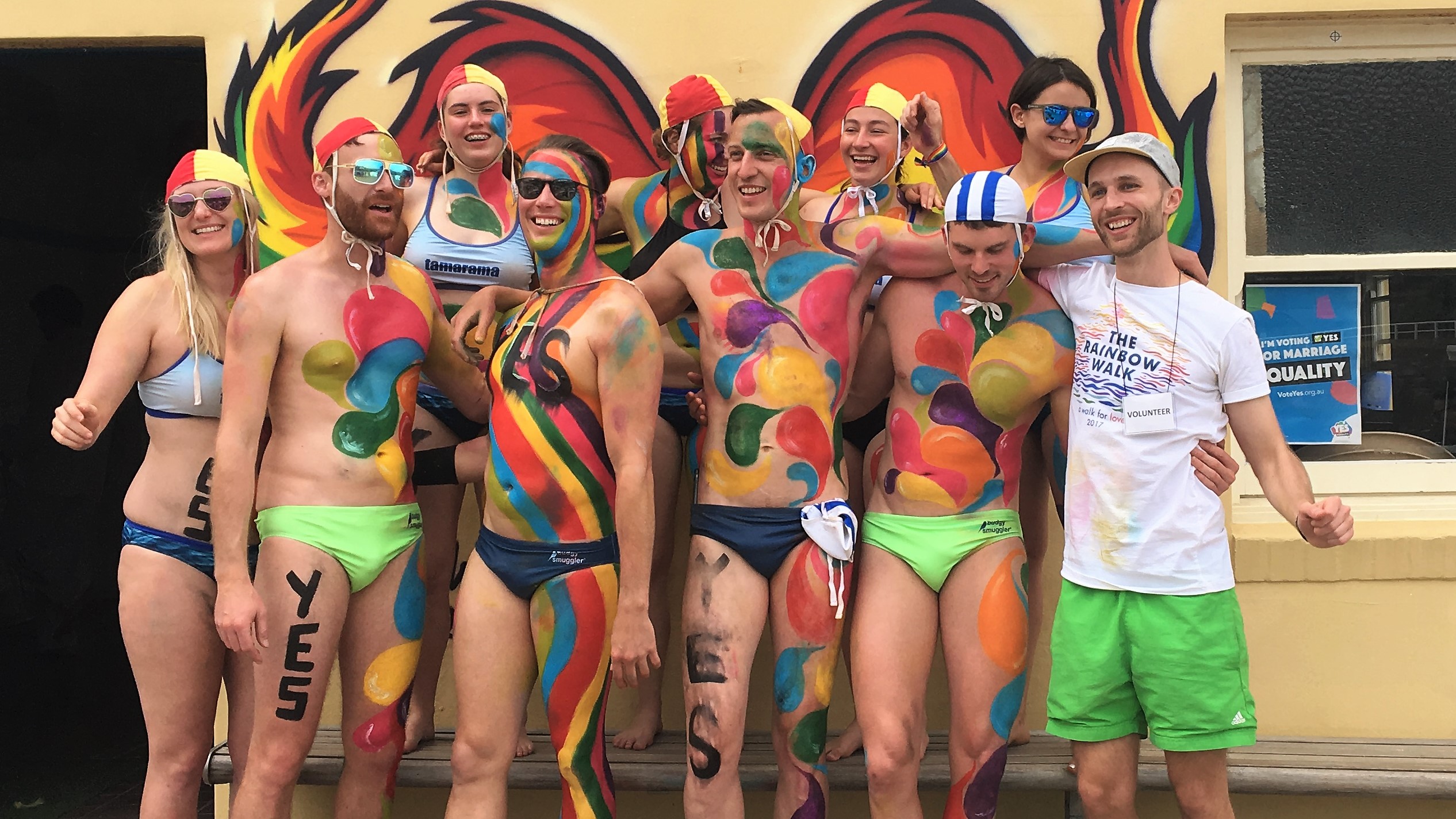 When marriage equality in Australia was to come down to a national postal vote, AGSM full-time student and Co-President of the MBA cohort, Sam Gardner, felt he had to take positive action.

"I knew that the upcoming postal vote would unearth all kinds of negativity on both sides of the debate," says Sam. "I wanted to create something positive that displayed a clear message of public and community support. I wanted something all of Australia could see and I didn't want it to be angry or politically charged.".

Enter the Rainbow Walk: a walk for love from Bondi to Bronte inviting Sydneysiders to dress in their brightest colours, to walk the track together and celebrate diversity and equality.

"I wanted to create something special and memorable that was a very public and visual display of support for equality," says Sam.

So Sam started a Facebook event and within 24 hours there were 1,000 people engaged with the event. And within the week, there were over 10,000.

"I knew I had to ramp things up, so I started to build a team so we could organise the walk properly," says Sam.

He formed a core group of seven organisers, who then worked with 15 artists, 25 musicians and 40 volunteers for the day of the event.

"It was incredible - the generosity of others willing to volunteer their time and help with the event was inspiring," says Sam.

Logistically, there were a lot of moving parts. Because of its size, they needed council and police approval as well as traffic management to ensure everyone was safe.

And for the entertainment element, there were rotating musicians and attractions scattered along the walk – such as the body painted surf lifesavers of the Tamarama SLSC.

"The SLSC reached out to us and said they wanted to get on board," says Sam. "So we worked with them to create an experience at Tamarama. It was awesome to have such an iconic part of Australian life showing their support."

The walk began with a bright balloon archway at Bondi and finished with a 300sqm heart at Bronte, where Rainbow Walkers painted colourful messages of love.

"In many ways, it was exactly what we'd intended it to be," he says. "A day full of positivity and support. I think people really saw and felt that."

After the team's tireless efforts in organising the event, even Sam was able to relax and enjoy the day.

"Everything was organised and in order," says Sam. "It ran so smoothly, I couldn't imagine it to run as effortlessly as it did on the day."

And with 6,500 attendees, thousands of posts across social media with images making it to the front page of the Guardian online, Sam and the team achieved what they set out to do – to send a message of support that all of Australia could see.

Sam credits a lot of the day's success down to the skills he's learned in the last eight months during his MBA course. "As an engineer, I didn't want to get myself stuck in a niche so I decided to do an MBA to build up my transferable skills," says Sam. "And that's exactly what I've learnt about - leadership, building teams, collaborating and working with people. If it weren't for my time and experience at AGSM then I never would've dreamt of putting together an event of this size."

Since the event, held on Sunday 8 October, Sam has received huge amounts of messages of gratitude for the day.

And in return, he is really grateful for the support he received in coordinating the walk, in particular from his AGSM family.

"Out of the 40 volunteers, about 20 were a part of AGSM in some way," says Sam. "Plus most of the organising team, too. There was so much support from staff and fellow students - it was incredible."

Now, Sam needs to find something to do with his 300sqm rainbow heart. Any takers?

AGSM was proud to support Sam in creating such a special event and to have him as one of our inspirational MBA students. Congratulations, Sam!