The future of polymers in cancer drug delivery and the global shift in how we use the internet were the subjects of the latest in the 2017 UNSW Professorial Inaugural Lectures. 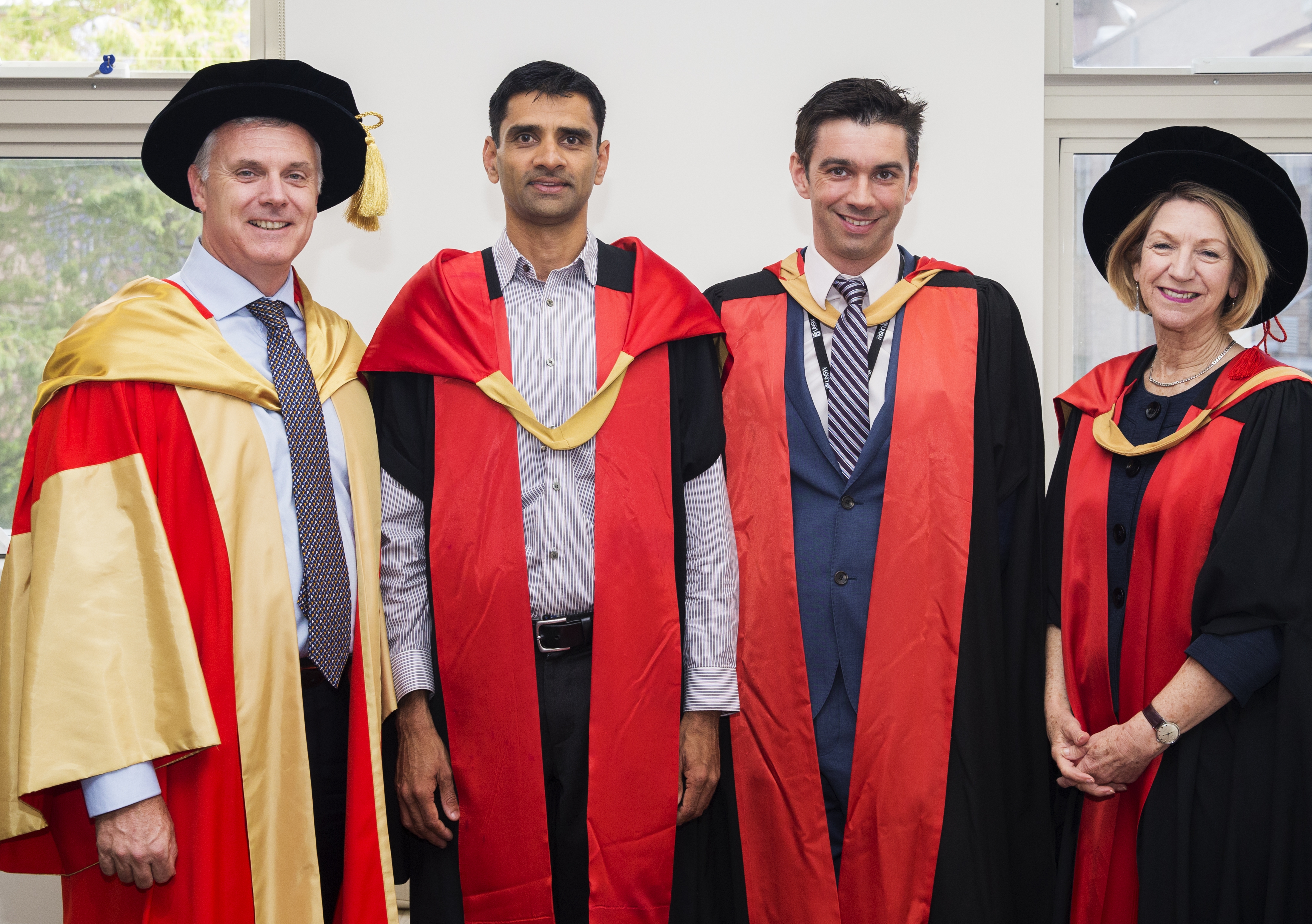 For polymer scientist Professor Cyrille Boyer, eliminating the toxic side effects of chemotherapy drugs is the holy grail of medicine.

It’s a goal the award-winning UNSW chemist is edging closer towards by creating next-generation polymers that can deliver cancer drugs more precisely, and will reshape the future of antibiotics.

This ground-breaking research was the subject of Professor Boyer’s address to a crowd of more than 150 people on Wednesday at the Colombo Theatre, part of the third annual 2017 UNSW Professorial Inaugural Lectures.

Ten newly promoted and recruited professors will take part in this month’s lectures to mark their achievement, extend topics being taught in courses and showcase their specialist knowledge to colleagues, students, alumni, staff and the public.

In his lecture "New Opportunities for Polymers", Professor Boyer, from the School of Chemical Engineering, highlighted his major contributions to the field of polymer science, in particular the use of light and chlorophyll as a sustainable method to create complex polymers.

"Polymers are critical to modern society but their production uses large quantities of fossil fuels. With more than 300 million tonnes of polymers being produced worldwide every year, there is now a real urgency for a greener solution." 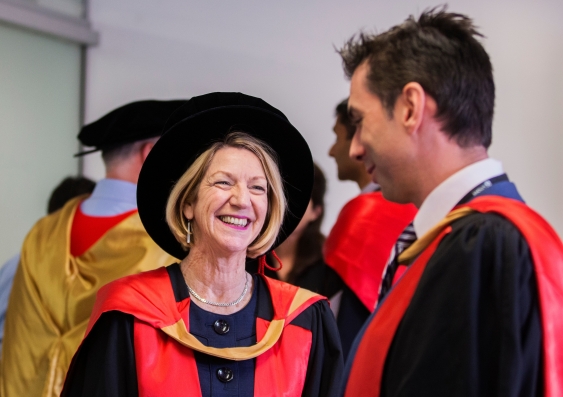 By changing the architecture of polymers, Professor Boyer can also create nanoparticles for precise cancer drug delivery so materials can be delivered more accurately to tumour cells, rather than normal cells. In collaboration with UNSW Professor Maria Kavallaris and Associate Professor Phoebe Phillips, polymeric nanoparticles were designed for the treatment of pancreatic cancer, one of the most common and deadly cancers in Australia.

"Ultimately this could mean reduced toxic side effects, such as hair loss or weight loss. If we can control the structure of the polymer then we can have a better way to delivery chemotherapy agents," Professor Boyer said.

As antimicrobial resistance reaches critical levels, nanotechnology is also being applied to antibiotics and Professor Boyer predicts that polymers will help design a new wave of solutions to fight bacteria.

Engineering breakthroughs of another kind – electrical, rather than chemical – were the subject of Professor Vijay Sivaraman’s lecture, "Why has the Internet Stalled? Reinvigorating Innovation in the Internet".

An expert in the emerging market of software-defined networking (SDN), Professor Sivaraman, from the School of Electrical Engineering, explained in his lecture why the backbone of the Internet – the internal hardware – faces major challenges.

"Innovation on the internet, via Google, Facebook and Amazon, is moving at a rapid pace but innovation on internet hardware has flatlined," Professor Sivaraman said.

"When we break open the internet, not much has changed since the 1990s. But cloud computing has completely changed the way we do innovation and business." 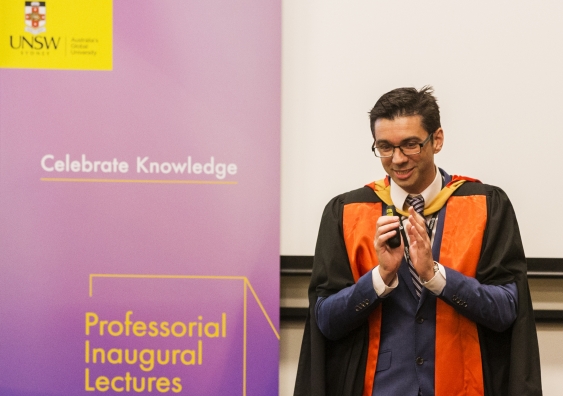 If the hardware is separated from the software, he explained, then the software can sit in the cloud and this way innovation can happen without tampering with the router.

This is defined as SDN: a new approach to networking in which the routers and switches that direct traffic are now controlled by external software.

Professor Sivaraman used the example of his own home internet to show how his router is being controlled by software in the cloud, and apps let him see the bandwidth and quota consumption of his computers, smart-phones and smart-TV and also the safety ratings of the web-sites visited from his children’s devices.

SDN is inevitable, said Professor Sivaraman, as companies such as Telstra explore building its switches and write software to control commodity hardware that can handle the traffic.

"Google and Netflix are now realising that the quality of the underlying network affects the user experience. They are funding research into SDN, and Google's own internal network is running SDN.

"The evidence is clear: network management and control all traffic needs to be routed done via the cloud if the internet is to remain viable."

This year new professors from UNSW faculties including Science, Engineering, Business, Art & Design and Medicine will present on topics such as forensic psychology, genetics, franchising and the future of ophthalmology. All lectures are free.

To find out more about the 2017 Professorial Inaugural Lectures visit UNSW Events.