Water is scarce in the Lake Eyre Basin in the heart of Australia. A new book tells the stories of those who love and rely on the Basin's free-flowing rivers and explains why we must protect this vulnerable river system. 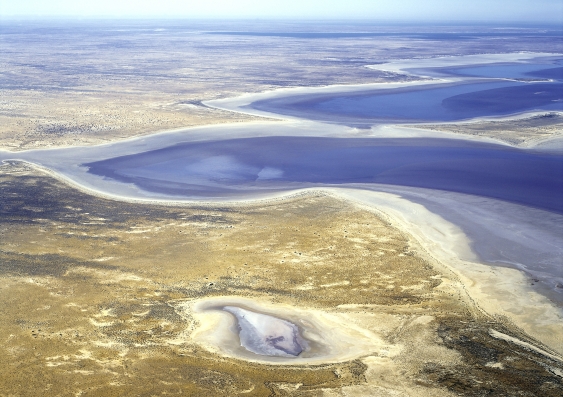 In February 2013, Richard Kingsford was in Longreach, Queensland, at a conference held to discuss the future of one of the world's last great desert river systems, the Lake Eyre Basin in central Australia.

The region was at a crossroads, threatened by Queensland Government plans to open the rivers to small-scale irrigation and resource projects. The conference was packed with people interested in the river system’s future – most of them deeply connected to the basin and dependent on free-flowing rivers for their livelihoods.

Kingsford, a Professor of Environmental Science and the Director of the Centre for Ecosystem Science at UNSW Sydney and a leading authority on the basin and its birdlife, was struck by the fact that few of these people had ever had an opportunity to tell their stories about why they cared so deeply about the future of the Lake Eyre Basin rivers.

That realisation was the catalyst for a new book, Lake Eyre Basin Rivers, edited by Kingsford, about the values, the people and the many battles over sustainability of the Basin. Kingsford wanted it to be a collective story that would help others understand what was at stake if Australia failed to preserve these magnificent rivers and floodplains.

Lake Eyre Basin Rivers outlines the environmental, social and economic values of the rivers from a diverse range of perspectives, including science, tourism, economy, engineering, policy, traditional owners and pastoralists. 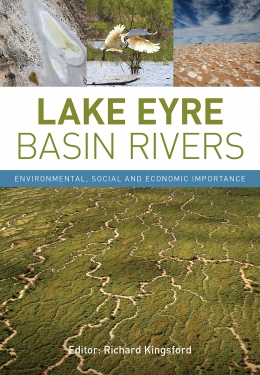 Kingsford recorded passionate speeches made at the conference about the rivers, and then worked with each person, many with relatively little experience of writing, to make sure the book captured their thoughts, knowledge and experience of the rivers.

“Much of the impetus for this book came from concern about making sure we don’t repeat the mistakes of the past for this great place,” Kingsford says.

“I am passionate about these rivers and their incredible environmental dimensions. I have had the privilege of visiting many parts of the Basin, often during aerial surveys of waterbirds and when working with ABC TV crews, including the indefatigable Paul Lockyer, who tragically died with his colleagues on the edge of Lake Eyre.

“Wearing my hat on various Lake Eyre Basin committees, I have also come to know the remarkable people who care about the Basin. These include traditional owners with their long connection with the rivers on which they rely for survival, reflected in the rich tapestry of dreamtime stories,” he says.

The Basin region, which extends into three states and one territory, goes through natural cycles of boom and bust, and the flooding of the basin rivers is accompanied by spectacular responses from wildlife and vegetation. It provides the life-blood for the Northern Territory’s rare, native wildlife, and is vital for remote communities and pastoralist enterprises. It is important, too, for the environmental wellbeing of agricultural lands in South Australia and Queensland.

However, the Basin faces the threat of diversion of water from rivers and wetlands and development of floodplains for irrigation and mining.

“Many people depend on flooding of the Lake Eyre Basin rivers and all Australians appreciate the incredible wildlife response on display during floods,” he says.

“The Basin’s significance and value to our nation is immeasurable.”