Australia is the best place for young people and researchers to pursue what they love and realise their dreams, UNSW scientist and 2018 Australian of the Year Michelle Simmons said in her award speech. 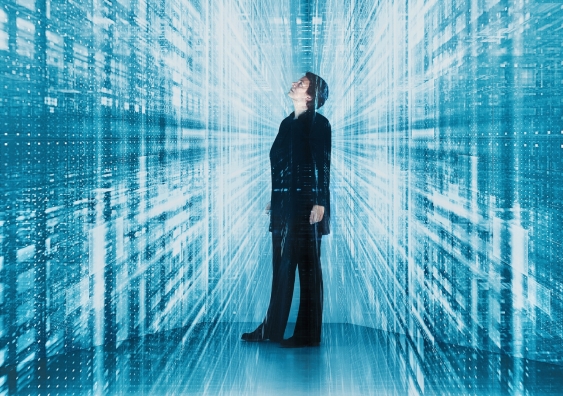 OPINION: This is an amazing moment. I came to Australia because I believed it would allow me to realise my dreams. I was warmly welcomed and have found that both the research and business communities have backed me.

Together we’ve done some amazing things. And I pinch myself every day because what we’re doing at the University of New South Wales in Sydney is extraordinary.

We’re pushing the frontiers of technology to manipulate individual atoms to create devices that have never existed before. And atoms are totally unforgiving.

My team takes on incredibly hard scientific challenges. They’re people with huge grit and determination. And they’re going to need it.

Ultimately, we’ve set ourselves an audacious goal. We want to build not just a quantum computer, but a quantum computing industry here in Australia. We’re up against the likes of Google, IBM and Microsoft. And if I lived in any other country in the world I’d be worried.

But we’ve proven time and again that Australian researchers have some unique advantages. We collaborate across boundaries, but we also compete hard. We’re down to earth. We’re judged by results and we believe in what’s real. Our distaste for authority means that we think for ourselves.

And best of all, we’re prepared to give those hard challenges a go. I firmly believe there is nowhere else in the world better to do scientific research and challenge what is possible.

As someone who was not born in this country, it is a huge honour and, to be honest, a total surprise, to be recognised here today. Especially when I’ve been surrounded by so many other extraordinary nominees.

But I’m not just a scientist. As a physicist, I’m also a woman in a man’s world and I’d like to say just a few words about that.

In my life I’ve really lived to four mantras: do what’s hard, place high expectations on yourself, take risks and do something that matters.

Throughout my career I’ve found that people often underestimate female scientists. And in some ways for me that’s been great. Because it’s meant I’ve flown under the radar and I’ve been able to get on with things.

But I’m also conscious that when a person starts to believe in what others think of them, that belief can become a self-fulfilling prophecy. And that is one reason why I feel it is important not to be defined by other people’s expectations of who you are or what you might be.

I do believe that women think differently, and that diversity of thought is invaluable to technological and research development.

I’m not a fan of mandating there are equal numbers of men and women in every job. But I am fan of ensuring that all young people, both male and female, pursue what they love. They set their sights high, they tackle the hardest challenges in life, and they be the creators, not just the users of technology.

So, in my life I’ve really lived to four mantras: do what’s hard, place high expectations on yourself, take risks and do something that matters. And these ideas have kept me going when things have got tough.

But I’ve also come to realise I’m very fortunate to live in a country that not only accepts these ideals but celebrates them. And that says something very important about Australian society.

That is why I say to all those young people out there who have got dreams that they are following: Be proud of your county and of who you are. Know that reward comes from hard work, and that some of the biggest rewards come from taking on the biggest challenges.

And understand that there are as many opportunities here as there are anywhere else in the world.

Unlike me you don’t have to go overseas to realise your dreams. You can realise them right here. Just look into your own heart and look to your own land.