The Allegiance to Australia Act undermines our values and is never likely to be effective, writes George Williams. 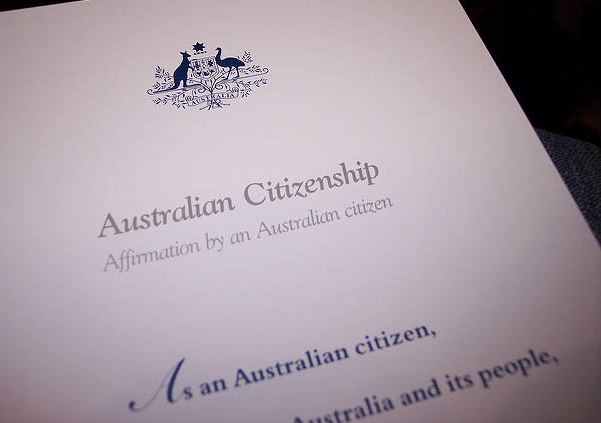 The Coalition has responded forcefully to the problem of foreign fighters seeking to return to Australia. Our agencies have been ­endowed with large budgets, and new laws confer them with extraordinary powers. These have been used to make many arrests, and our authorities have a strong record of disrupting plots that might cause catastrophic harm and loss of life.

The record, though, is not all positive. Responding to terrorism is a complex, ever-changing exercise and it is not surprising that mistakes have been made. A key example is the Allegiance to Australia Act passed in 2015. It permits citizenship to be stripped from dual nationals who have fought overseas or engaged in terrorism.

In his first major speech as Home Affairs Minister, Peter Dutton recognised that this law “is not working as it should”. In fact, it has been a failure. More than 200 Australians have travelled to Iraq and Syria since 2012 to fight with or support terrorist groups. More than 100 may still be active. Many are dual nationals. Despite this, only Khaled Sharrouf, an Islamic State fighter believed killed in an air strike, has lost his citizenship.

The Allegiance to Australia Act sets out three grounds upon which citizenship may be removed from adults and children as young as 14. One provides a new power to the minister. He can ­deprive a dual national of their citizenship after they have been convicted and sentenced to at least six years’ imprisonment for offences such as terrorism, treason, treachery or espionage.

The other two grounds do not require a decision by the minister. A dual national’s citizenship is ­revoked if they engage in conduct outside of Australia such as committing a terrorist act. A dual national also ceases to be one of our citizens if they serve in the armed forces of a country at war with Australia or are in the service of a declared terrorist organisation.

These last two grounds are automatic. Citizenship is revoked and a person exiled without a trial or any other finding by a court or independent person. However, the idea that a person can lose their citizenship automatically is a fiction. Someone must assess the evidence and make the decision.

This power might be given to the minister, thereby ensuring ­accountability to parliament and the people. Instead, the Allegiance to Australia Act creates a vacuum. The law does not say who determines whether a person is rendered a non-citizen.

Britain and Canada provide evidence of why a law like the ­Allegiance to Australia Act is of little practical use in combating terrorism. Instead, citizenship laws like this can be less about protecting the community and more about symbolism and political posturing. These are dangerous and inappropriate justifications for any anti-terrorism law.

To fill this gap, the federal ­bureaucracy has created the Citizenship Loss Board. It meets in ­secret to determine if an Australian has had their citizenship ­revoked. It can operate according to its own rules, and can make ­decisions on untested evidence and questionable intelligence. Despite the impact it can have upon people’s lives, the body operates without effective accountability.

Former prime minister Tony Abbott justified this and other laws on the basis that our liberties must give way to community ­safety. He said that “for some time to come, the delicate balance between freedom and security may have to shift”. His government, and that of his successor, has proved ready to restrict rights like freedom of speech and of the press in the name of national security.

Such restrictions are to be ­regretted, and surely cannot be justified when they are made in aid of an ineffective measure. This applies not only to the Allegiance to Australia Act but also to like laws in Britain and Canada.

The British law for revoking citizenship is redundant because it adds little to other measures that provide for effective border control. There is no need to deprive a person of their citizenship when the UK government can withdraw a passport or issue a Temporary Exclusion Order to stop a citizen returning for a two-year period.

Canada has followed a similar path, enacting the Strengthening Canadian Citizenship Act in 2014. That law has also only been used once, to revoke the citizenship of Zakaria Amara, the ringleader of the Toronto 18 bomb plot. That revocation, though, had no practical effect because Amara was serving a sentence of life imprisonment. The Canadian parliament recognised the problems with its citizenship-stripping law, and repealed it last year.

Britain and Canada provide evidence of why a law like the ­Allegiance to Australia Act is of little practical use in combating terrorism. Instead, citizenship laws like this can be less about protecting the community and more about symbolism and political posturing. These are dangerous and inappropriate justifications for any anti-terrorism law.

Australia faces a choice. Dutton is pushing to further diminish traditional liberties to strengthen the Allegiance to Australia Act. This, though, would entrench a terrorism measure that undermines democratic values and is never likely to be effective. The better course is to recognise we have made a wrong turn. Like Canada, Australia should repeal its failed citizen-stripping law.