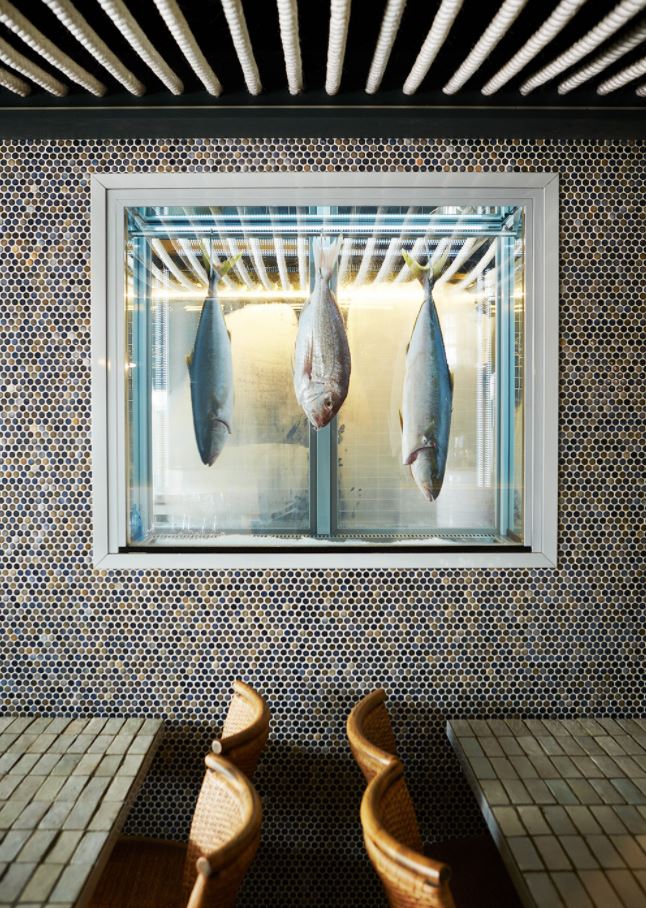 Their Sydney-based design practice TomMarkHenry won Emerging Interior Practice of the Year at the London awards after making the shortlist for the category last year.

The WIN awards draw submissions from around the world, and the finalists in this year’s Emerging Interior Practice category included studios in Taiwan, Hong Kong, England, Austria, Italy and Australia.

McFadden travelled to London to collect the award at Somerset House, overlooking the River Thames.

“It’s amazing that our whole team is being recognised, they are so imperative to our success and we couldn't function without every member of our team,” McFadden said.

“It means so much to us because we have worked so hard over the last four years. We are committed to our craft and it’s lovely that our passion and dedication has been recognised, particularly amongst so many talented firms around the world.”

Nottage and McFadden graduated from UNSW with a Bachelor of Interior Architecture (BIA) in 2010.

McFadden moved to New York and worked as an interior designer in an architecture firm while Nottage worked for a firm in Surry Hills for six months before designing a bar in Potts Point. They stayed in touch and when McFadden returned to Sydney they decided they were ready to take the plunge and form their own company.

Some of their notable projects include seafood takeaway and restaurant Bondi’s Best, with its see-through fridge that doubles as a work of art; the refurbished Vibe Hotel in Rushcutters Bay that drew inspiration from the nearby harbour and trees; and a Venice Beach-inspired nail salon at Barangaroo.

McFadden and Nottage retain their connection to UNSW School of Built Environment, and TomMarkHenry hosts a BIA student as an intern each year.

“UNSW School of Built Environment shaped our careers,” Nottage said. “It not only equipped us with skills as designers but taught us about hard work and perseverance, which are critical to success in business.

“We value staying in touch with BE. We love to see how the course is evolving, and it’s wonderful to get to know students and new graduates as these people are the future of the industry.”

The Bachelor of Interior Architecture (Honours) at UNSW School of Built Environment will equip you with the skills to influence people’s lives through the interior environments they inhabit. Find out more about the course here.