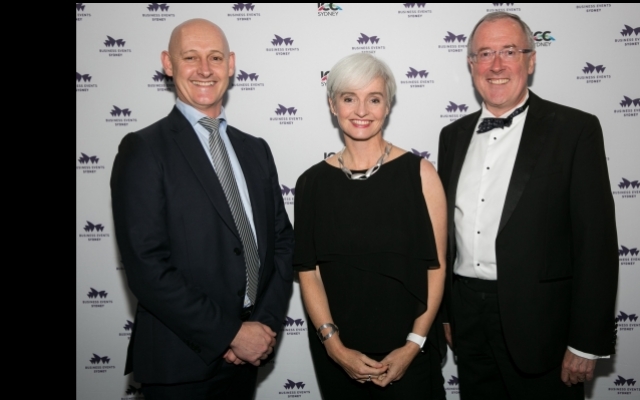 Having worked in biomedical engineering for almost four decades, and a UNSW alumnus himself, Scientia Professor Nigel Lovell has recently been honoured with two key global positions. In 2017 he was appointed President of the Engineering in Medicine and Biology Society (the world’s largest professional member-based society for biomedical engineering); and subsequently, he was invited to become a Sydney Ambassador – a strategic initiative that brings together global industry leaders to champion New South Wales as a leading business event destination.

Congratulations on being appointed President of the Engineering in Medicine and Biology Society (EMBS). Why is this appointment significant?

First of all, it’s a big role. The Society is part of the IEEE (Institute of Electrical and Electronics Engineers); has 10,000 members; runs more than half a dozen journals and transactions; and organises or co-sponsors dozens of special topic conferences per year in addition tothe annual conference of the Society.

But I’d say my appointment is particularly significant because this is only the second time, in a 60-year history, that the EMBS Presidency has gone to someone outside North America, and the very first time it’s come to the Asia-Pacific.

As one of the main organisers of the EMBS annual conference in Sydney in 2023, what do you think the key focus will be?

We will explore more than ten themes across all aspects of biomedical engineering. The discipline spans a huge (and growing) array of specialisations, from next generation medical imaging, to wearable devices for managing chronic disease, to nano sensors biomaterials and biomechanics, to brain-computer interfaces, neural prostheses and implantable devices, so there’s a lot of choice.

One thing I really want to focus on is broadening the field and making sure the conference is relevant, not just to the engineers and scientists, but to clinicians and industry. This is vital if we want to be able to translate our ideas into devices and systems that actually help patient health outcomes and reduce healthcare costs.

What does your role as a Sydney Ambassador involve?

This role is about promoting Sydney and New South Wales as a top-notch destination for business events. I will help prepare certain bids but I’ll also use my networks to talk about the many benefits of hosting events in our State. I’m lucky because Sydney sells itself in many respects, a vibrant cosmopolitan location with unique landmarks and natural splendour.

What does all this mean for your School?

This is only the second time, in a 60-year history, that the EMBS Presidency has gone to someone outside North America and the very first time it’s come to the Asia-Pacific.

Nigel Lovell, President of the Engineering in Medicine and Biology Society, Sydney Ambassador and Scientia Professor in the Graduate School of Biomedical Engineering

Although there were biomedical research representatives from right across Australia in Sydney’s bid to host the 2023 EMBS conference, the Graduate School of Biomedical Engineering was by far the largest contributor. That, along with my Presidency, will certainly shine a spotlight on the amazing things we’re doing such as developing a next generation bionic eye, wireless ambulatory monitoring for managing chronic disease in the frail and bionanophotonics which is paving the way for cancer diagnosis, to name just a few.

In terms of the Sydney Ambassadorship, this role will also help me raise our global profile and showcase our work. It plugs me (and therefore the School) into a network of high-profile medical researchers, for example, for whom the impact of technology is becoming more prevalent and important.

How did it feel when you found out you’d been awarded the Presidency?

It was absolutely amazing. I didn’t think I had a hope, to tell the truth. I think my appointment demonstrates a recognition that the Asia-Pacific region is very important for the future growth of biomedical engineering.

What impact would you like to make through your Presidency?

I want to improve gender diversity and inclusivity in the Society. Having a daughter who is an engineer and very active in promoting the equal representation of women in engineering, I’m very aware of the issues surrounding gender equity and will be working hard to address this. We are putting in place diversity metrics for all senior roles in the society, from editorial board compositions to keynote speaking slots at conferences.

I’m also particularly interested in making biomedical engineering more appreciated and more clinically relevant. While it may not be immediately obvious, the vast majority of diagnostics and therapeutics used in modern medicine has come into existence or been improved because of biomedical engineers, from ultrasound and MRI scans, to the algorithms and systems for genetic screening, to the monitoring systems in intensive care.

I want to see a shift from a technology-driven approach, to a clinically-driven approach where we work closely with clinicians and industry to design a technology to meet a defined need, so that the work we do feeds the translation pipeline and impacts directly on patient health.