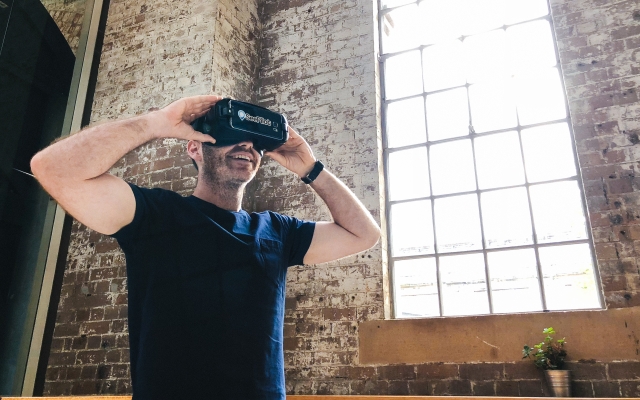 As one of the School’s star students, Dr James Tibbett completed his Mining Engineering degree in 2010 and went straight onto his PhD. “That’s when I fell in love with virtual reality,” Tibbett says. “My PhD used VR technology to visualise big data from an underground mining operation, and once I finished it the School offered me the role of Virtual Reality Development Manager, which, of course, I jumped on.” 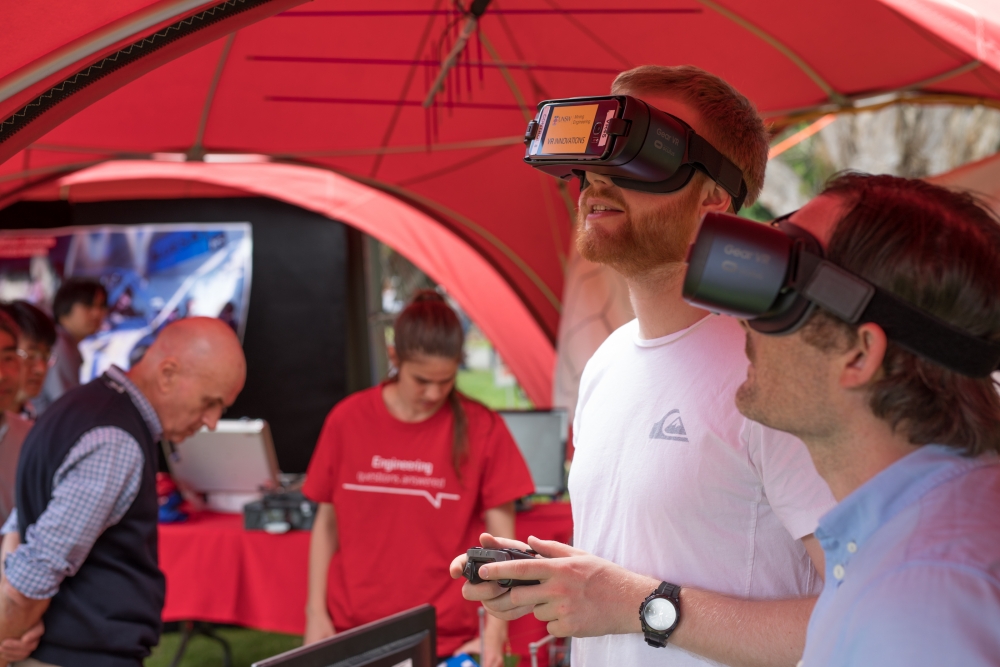 In this role he developed a visionary 360-degree VR gamified Australian mining adventure for high school students and from that, it was just a hop, step and jump to the idea for his startup company SeePilot. Launched in January 2018, SeePilot is a software platform that gives companies the power to create their own 360-degree videos and photos to create virtual experiences and communication pieces for their staff.

“Our software helps companies create virtual work-site tours, allowing employees, site visitors and senior management to save time, and be productive and safe, from the moment they step onto site,” Tibbett says. “The joy of the software is that companies are in complete control of what they produce.”

Tibbett says the idea for SeePilot came to him while in the induction classrooms of mine sites. “Sometimes an induction would take a week or more and they could be, frankly, a tedious and disengaging experience. I would look around and see people weren’t really absorbing the information,” he says.

“I started to apply my knowledge of VR technology to the situation and saw, very quickly, how it could improve the induction process. A 360-degree camera could capture a whole scene, for example, and you could use VR headsets and on-screen prompts to familiarise people with a workplace in a more user-friendly, exploratory and interesting way.”

The feedback is positive so far and SeePilot is seemingly achieving the impossible: making safety fun. We’re hearing things like, ‘Wow, why didn’t we have this sooner?!

Tibbett’s software takes the data from specialised 360-degree cameras and drones and visualises it to create an immersive ‘whole workplace scene’ that managers can then annotate with voice recordings and drawings. The module can be viewed by staff individually or collaboratively allowing for both contextual training and spatial communication.

“There are a number of really attractive points to our platform,” continues Tibbett. “One is it makes safety training more engaging (which is no mean feat). Another is that it can drastically reduce the induction time, and another is that the software can track where people have been and what they have seen. So, for example, we know if a user has seen a hazard we wanted them to see.

SeePilot has already attracted a number of early adopters and they are working hard to quantify the product and define just how much time and money they can save companies. Tibbett was also invited to join the prestigious Startmate accelerator program and is currently being mentored by a network of Australia’s top entrepreneurs and venture capital firms.

Tibbett says their first target user group is site health and safety managers because they’re responsible for inductions and making sure employees are engaged in the safety process. “The feedback is positive so far and SeePilot is seemingly achieving the impossible: making safety fun. We’re hearing things like, ‘Wow, why didn’t we have this sooner?!’”

In addition to inductions, Tibbett and his team are looking at how SeePilot can be used for engineer-to-engineer communications, such as the handover procedure on a fly-in, fly-out mine site. “With VR, the engineer coming on site could receive the handover on the flight in and be up to speed with the operation by the time they arrived,” he says.

With the true potential for VR technology only starting to be realised, Tibbett says the time is right because it is affordable, accessible and lets us absorb a lot of information in a really natural way. “We’re visual beings and seeing is believing,” says Tibbett. “While a picture is worth a thousand words, a VR experience is worth a million.”

Fact box
If you are passionate about innovating and making your industry safer and more productive, SeePilot are looking for partners to help them achieve their vision. Contact: www.seepilot.com | contact@seepilot.com