China unlikely to press the button in trade war

"It is not in China's interest to cause a global financial panic," says the UNSW Business School's Tim Harcourt. 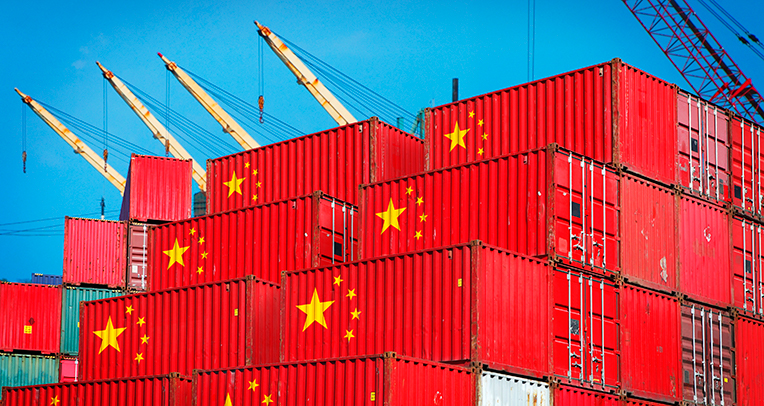 "It is not in China's interest to cause a global financial panic," says the UNSW Business School's Tim Harcourt. "They want a place in the sun in terms of global economic leadership but in a strong and growing world economy not a weak one."

Tim Harcourt, the J.W. Nevile Fellow in Economics at the UNSW Business School was responding to analysis suggesting China could be on the verge of liquidating their $1.5 trillion AUD ($US1.2 trillion) holdings of US Treasury debt.

China has warned it would fight back 'at any cost' with new trade measures after President Donald Trump threatened to slap an additional one hundred billion dollars in tariffs on Chinese goods.

"It is said that putting up tariffs is like putting rocks in your own harbour and ultimately will hurt your own country's consumers, producers and workers. However, Australia could benefit in the long run," says Harcourt.

"China will not want to harm the economies where many of its customers reside," he adds.

However, if China does liquidate it's US bonds, and switch the proceeds into Aussie dollars or pounds Sterling, it would send the yuan exchange rate soaring, US bonds would go through the floor, and cause a Wall Street equity crash.

"World leaders now fear a trade war, just when there were good signs of better days ahead in the global economy. If Trump makes the US an erratic and chaotic trade partner, and China retaliates, Australia will be seen by China, as a safe, reliable country on their side in the Asia Pacific."

He suggests in the end it may make the US lose the war in terms of trade. "Ultimately, we are all losers in a global trade war and that will only hurt the most vulnerable in all societies."

Tim Harcourt was previously chief economist at Austrade. As a trade specialist at UNSW he has studied the international trade landscape for many years.