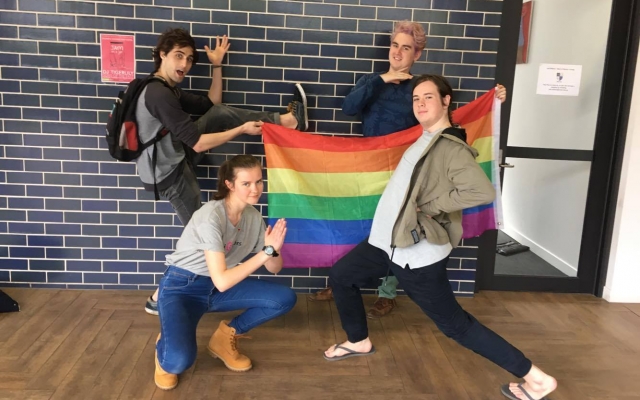 The name says it all for this newly-established student society that aims to not only provide a welcoming queer network for engineering students, but also connect them with queer-friendly contacts in industry. 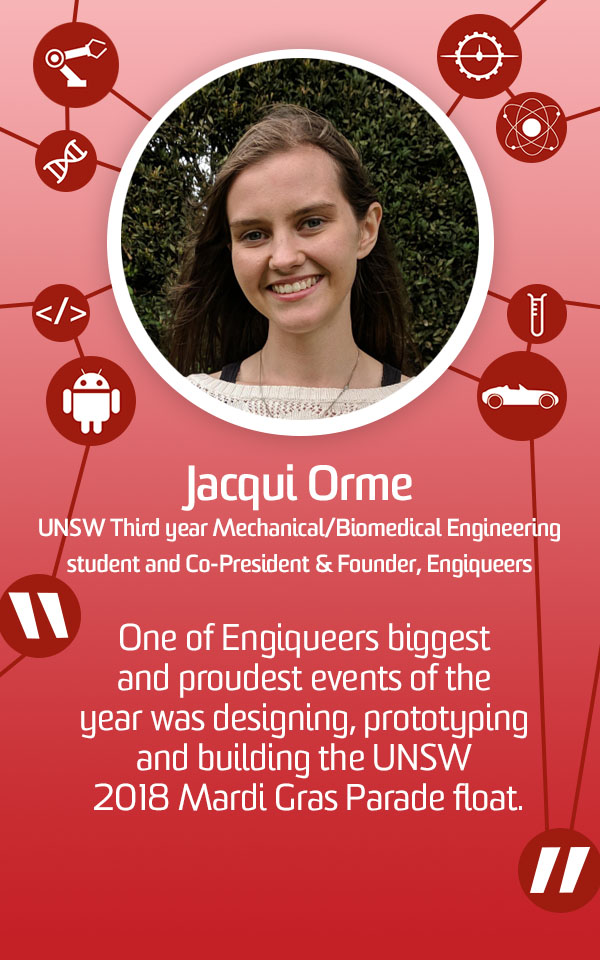 I will admit Engiqueers is not an original idea. I first heard about a society specifically supporting queer engineers when my best friend told me about GLEAM at Monash University.

‘Wow!’ – I thought – ‘A society amalgamating two of my key identities – being an engineer and being gay – that would be a dream come true!’ But as a timid little first year who knew not a single queer person at uni, I threw it to the back of my mind and focused instead on getting through my degree.

By the time second year rolled around and I had settled in and found a queer community of my own, the idea had obviously percolated to just the right strength. Engiqueers popped back into my mind. ‘The time is right,’ I thought and coerced a couple of friends into becoming executive members with me. Together we made our dream a reality.

Engiqueers is a society that helps create a supportive network for queer engineering students by holding social mixers and competing in design competitions as a team. It can be hard going from high school to university and feeling like you’ve lost your entire support network. We ensure new students can find people they can relate to and they know will accept them.

Our society also puts members of the LGBTQIA+ community in contact with companies that will encourage them to express themselves. These are the places that will have specific groups within their workplace just for queer people to connect, such as Atlassian’s group ‘Outlassian’ and Google’s group ‘Gayglers’. Other engineering companies have also been vocal in supporting the marriage equality vote of 2017, such as ARUP and GE. It’s integral students know what workplace environments they can feel safe in before they graduate.

One of Engiqueers biggest and proudest events of the year was designing, prototyping and building the UNSW 2018 Mardi Gras Parade float. Engineers from all different schools, including Chemical, Mechanical, Electrical and Biomedical, came together to construct a large scale illuminated book that would mimic a rainbow. It took countless late nights, hundreds of hours and more staples then you can poke a stick at, but, in the end over 80 people come together on the night to march behind our big, gay, rainbow book. We hope UNSW’s participation in the Mardi Gras parade will continue long after we are gone, and always be a reminder that UNSW is a safe and accepting community.

Engiqueers holds regular events throughout the year (often with free food!) which are a mixture of industry and social. To find out more follow our Facebook page ‘Engiqueers UNSW’ or email us at unswengiqueers@gmail.com to be added to our secret Facebook group.