Robots throw their weight around in the sumo ring 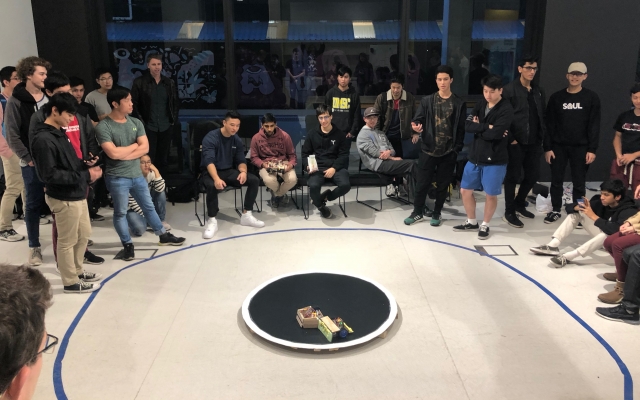 The sharp crack of metal, plastic and wood colliding pierces the air, as two little robotic warriors charge at each other from opposing ends of the ring. Their enthusiastic young creators look on from the sidelines of a makeshift gladiatorial arena, urging on their nearly completely autonomous fighters. 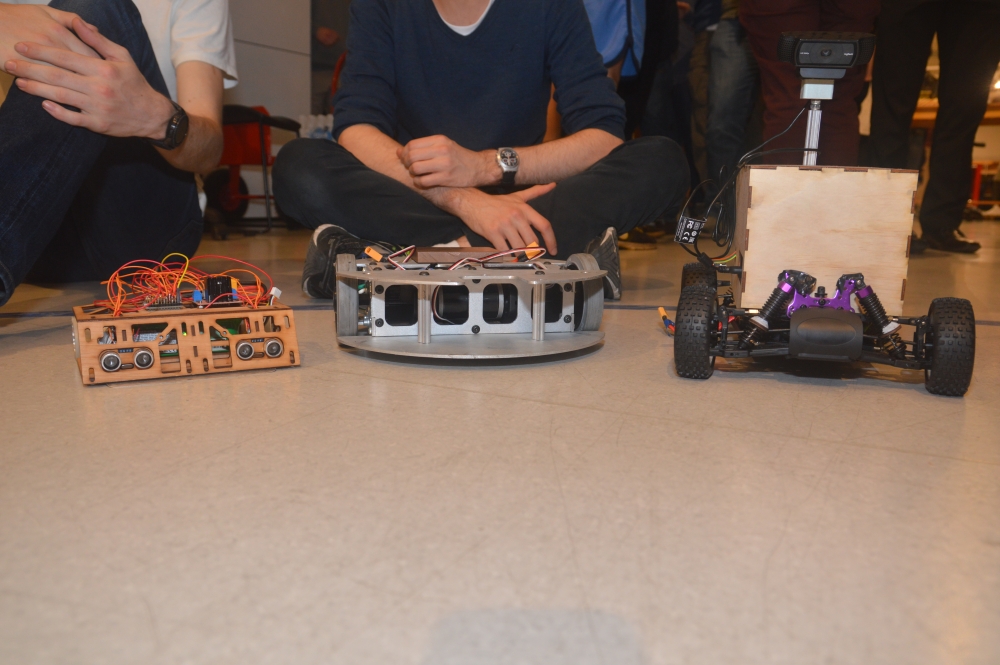 It’s the UNSW Mechatronics Society’s Sumobots Challenge and, if these young inventors have their way, innovation, the ancient art of Sumo wrestling, and the high-tech equivalent of a demolition derby come rushing together with a loud bang.

Comprised of nothing more than a mixture of wires, persistence, a lot of computer coding, a ton of teamwork and more than a few hours within the Michael Crouch Innovation Centre at UNSW, these miniaturised robots represent how learning about engineering and entrepreneurship can go beyond the lecture halls and into the real world, in both a fun and competitive way.

With team names including Super Bean, The Brewskies, Ewok & Roll and Breaking Bots, this is more than just a competition in innovation and design. There’s also a comradery between the contestants that spills over from one team to another, as they share expertise in order to assist one another between bouts, when their electronic charges start falling apart.

Highlighting how major parts of robots can be constructed from renewable and recyclable materials, Evan from Team Super Bean says they designed the chassis for their robot predominantly out of wood because it is easy to work with. “While it’s light, you can drill holes in it and it’s still pretty strong,” he says.

When asked what they had personally learned from participating in this year’s SumoBot challenge, the members of Team Super Bean each said that teamwork, communication, dedication and time management had significantly contributed towards the success of their project overall.

But while the Grand Final may have resulted in a brutal shoving match between the heavy-duty plastic sumobots Ewok & Roll, and the eventual champion Brewskies, the UNSW Sumobots Challenge and the other activities that were taking place within MCIC also highlighted the growing number of women who are engaging in entrepreneurial activities as inventors, machinists and mentors.

From engaging in personal design projects with chisels and hammers, through to producing robotic arms out of wood, young women are at the forefront of many of the activities taking place at both the Michael Crouch Innovation Centre and the UNSW Faculty of Engineering.