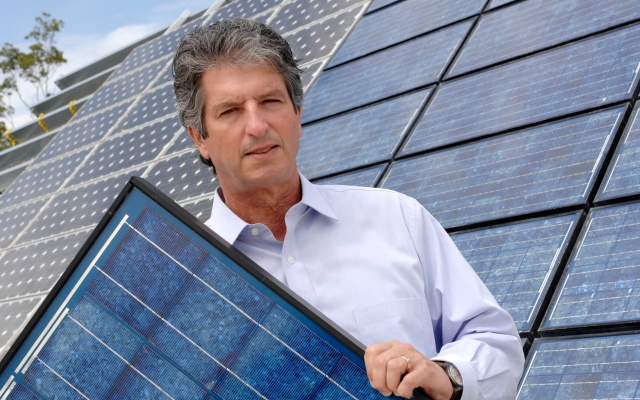 UNSW Sydney congratulates solar energy pioneer Scientia Professor Martin Green, who has become the first Australian to win a prestigious Global Energy Prize worth more than $820,000 for his research, development and educational activities in the field of photovoltaics.

The annual Global Energy Prize honours outstanding achievements in research and technology that are addressing the world’s pressing energy challenges. It is presented each year by the President of the Russian Federation. 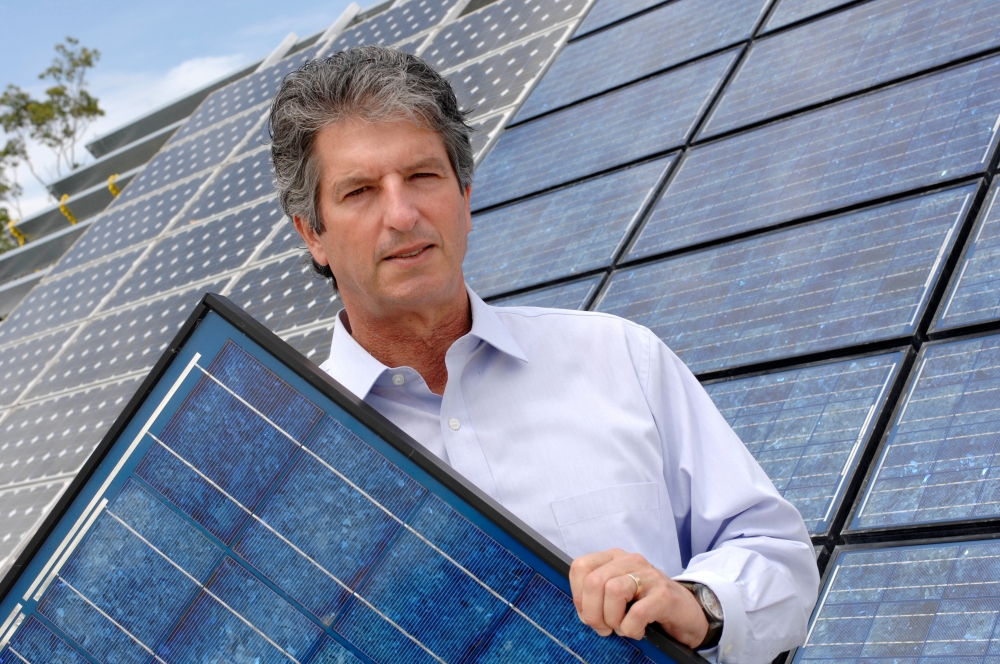 Professor Green, who is Director of the Australian Centre for Advanced Photovoltaics at UNSW, was honoured for having “revolutionised the efficiency and costs of solar photovoltaics, making this now the lowest cost option for bulk electricity supply”.

He was selected from 44 contenders from 14 countries by a committee of leading scientists and shares the RUB 39 million ($820,000) prize this year with Russian scientist Sergey Alekseenko, an expert in thermal power engineering.

The Global Energy Prize has a reputation score of 0.48 on the IREG List of International Academic Awards, with a Nobel Prize scoring 1.0. The ten finalists this year included businessman and engineer Elon Musk.

Professor Green is a world-leading specialist in both monocrystalline and polycrystalline silicon solar cells, and the research group he founded in UNSW Engineering is the largest and best-known university-based photovoltaic research group in the world.

Among his many breakthroughs, he invented the PERC solar cell, which accounted for more than 24% of the world’s silicon cell manufacturing capacity at the end of 2017.  Sales of systems containing this solar cell exceeded US$10 billion in 2017 and are predicted to exceed US$1 trillion by 2040.

“Martin is a highly deserving recipient of this global prize and we warmly congratulate him. His fundamental and applied research has transformed the global energy sector and will continue to produce major economic and social benefits, both in Australia and worldwide.”

UNSW Dean of Engineering Professor Mark Hoffman said: “The global impact of the work of Martin and his research team has been profound. They have created the highest efficiency solar cells using techniques that have made them accessible to the world through commercialisation. And all of this has been achieved in Australia.

“We are proud of Martin’s inspiration leadership and pioneering research which is helping address the challenge of climate change.”

Professor Green said: “The efficiency of solar modules is an area whose progress has been faster than many experts expected, and this is good news.

“We need to maintain the pace of research in Australia, not only to keep our international lead, but also to benefit society by providing a cheap, low carbon source of electricity.

"Given the quality of the candidates on the shortlist, receiving this prize is a great honour, and will spur on our efforts. I look forward to the presentation in Russia in October."

The use of PERC solar cells (solar cells with passivated emitter and rear surface) is predicted to save at least $750 million in power production costs in Australia alone over the next decade.

Professor Green is also co-inventor of the laser-doped, selective emitter solar cell, used in solar panels worth more than $1 billion which were sold by the company Suntech between 2009 and 2011.

He is also a pioneer in the area of perovskite photocells, which he believes could be used as a supplement to silicon solar panels, with a combination of the two materials potentially able to further reduce the cost of electricity.

Professor Green is the winner of many scientific and industry awards. In 2003 he was awarded the Karl Boer Solar Energy Medal of Merit for “significant pioneering contributions to the promotion of solar energy as an alternative source of energy”.

In 2004 he received the World Technology Award in the field of energy, and in 2007 the SolarWorldEinstein Award for “outstanding work in the field of solar energy”. He is the holder of many patents, author of eight books as well as more than 750 publications.

The highly prestigious Global Energy Prize was established in Russia in 2003 through the Global Energy Association, with the support of leading Russian Energy companies Gazprom, FGCUES, and Surgutneftegas. The choice of winners is made by a committee of 20 leading scientists from 13 countries.