Students combine to pitch vision of the future in VR Hackathon 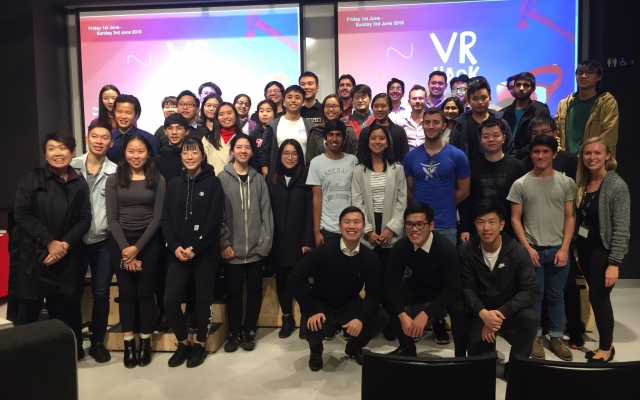 Fifty-five students from engineering, medicine and other disciplines were put through a crash course in virtual reality to come up with real-world applications in health and well-being.

A virtual reality tool that allows users to experience the debilitating effects of glaucoma was the winning idea at the VR Hackathon event earlier this month. 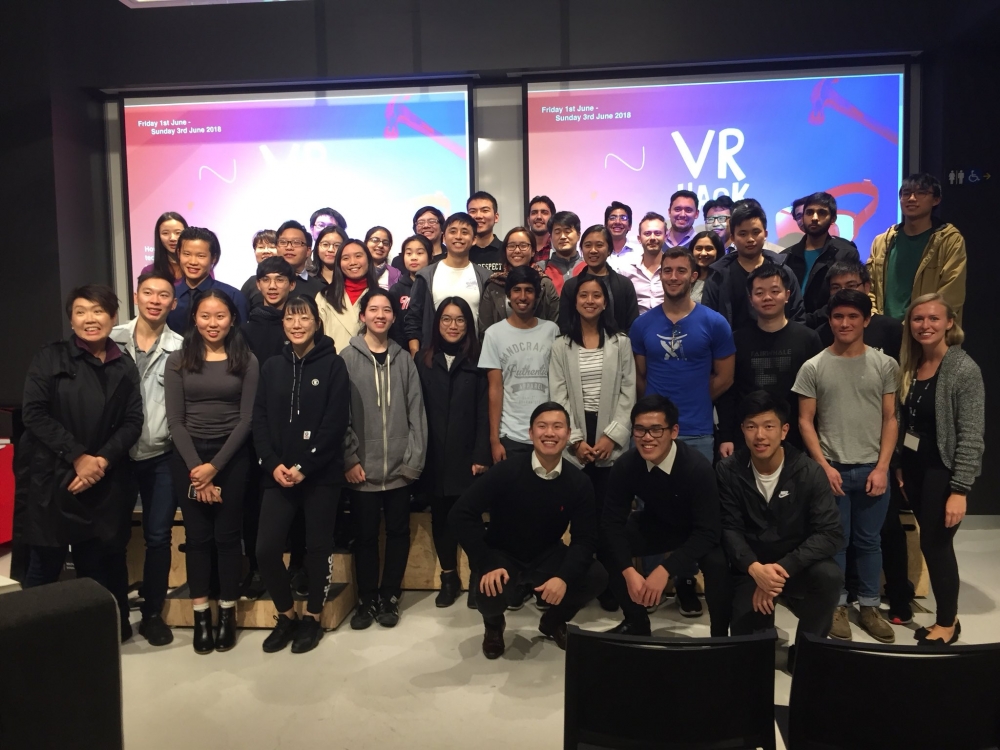 More than 50 students attending the event at the Michael Crouch Innovation Centre (MCIA) rose to the challenge issued by event organisers: “How might we use virtual reality technology to improve health and well-being?”

Students from multi-disciplinary backgrounds formed teams and were put through three days of intensive training including lectures from experts, mentoring programs, brainstorming sessions and pitching workshops.

One of the stipulations in the competition was that no more than three people of the same discipline could be on the same team, to ensure the ideas were conceived from a wide perspective of understanding.

Vision Reality team member Jason Lau said the team brainstormed a range of health problems that they wanted to make a difference in, before settling on vision impairment.

“Despite being treatable in its early stages, glaucoma has become a significant public health concern as the leading cause of irreversible blindness in Australia,” he said.

“Our team was motivated to promote early detection and treatment, after meeting patients with visual impairments from clinical placements.

“As the team consisted of members from a variety of disciplines and life experiences, the different perspectives and skill-sets were significant in the success of our project.”

“Users undergo a series of interactive experiences which aims to improve their understanding of the debilitating nature of this disease,” said Lau.

Using this tool, public health campaigns and health professionals are able to better educate and inspire the wider community to look after their visual health.

“Using this tool, public health campaigns and health professionals are able to better educate and inspire the wider community to look after their visual health.”

Seiya Takeda who is CEO of V-Kaiwa, a VR company that leant its equipment and expertise to the event, noted the high quality of ideas put forward by participating students.

“I was impressed and amazed for all the groups to have developed a working Virtual Reality Prototype. A typical hackathon will just include a PowerPoint slide with no functional prototype.”

Takeda, who was one of the expert judges, said he was particularly impressed by Vision Reality’s passion for the project and their willingness to learn about the development of virtual reality technology, despite their non-technical background.

“They have a great team who are extremely passionate about this problem,” he said. “As a result, we have decided to continue providing technical support and ongoing mentorship for Vision Reality.”

Dr Michelle Moscova, who is Senior Lecturer in the Faculty of Medicine, was a presenter who also mentored and judged the teams who pitched their ideas at the end of the event.

She said that while Vision Reality’s glaucoma idea was the clear winner, there really wasn’t anything separating the other seven ideas, and as such, two runner-ups were selected.

“One of those teams had an idea that looked at using VR for training people who had Downs Syndrome or a similar disability for work,” Dr Moscova said.

“They built in simple tasks such as stacking shelves and moving things that related to real life. So they could practise and practise in a ‘gamified’ environment to do those tasks, enabling them to be trained to get a real job.”

The second runner-up looked at a virtual disaster scenario.

“They used a hospital disaster situation and they looked at VR for virtual evacuation procedure practise,” Dr Muscova said.

“And that is something that is very difficult to do in the real-world environment because you can't really shut a hospital down. That team was inspired by one of the events that had happened overseas where they had a hospital fire and the staff wasn't prepared for it.”

Other ideas put forward at the event included a virtual meditation application, a VR tool to help overcome obsessive compulsive behaviour and a tool to help educate people about eating healthy foods.

MCIC Foundations Programme Manager Laura Earl said the VR Hackathon was a huge success. The UNSW Founders Program runs up to 12 Hackathons per year on different topics in partnership with the Faculties and industry.

“All teams produced a VR experience that was exceptional,” she said.

“We’ll be doing a showcase towards the end of the year for all the winners to come together and demonstrate their fantastic work having participated in one of these projects.”

She said upcoming Hackathons include a Circular Economy ‘trash hack’ and a Clean Water event which will occur on 11-13 July.

Vision Reality will be hosting a workshop as part of UNSW Engineering’s Education Showcase on Thursday, 19 July at Colombo LG01, 12:00-12:45pm.