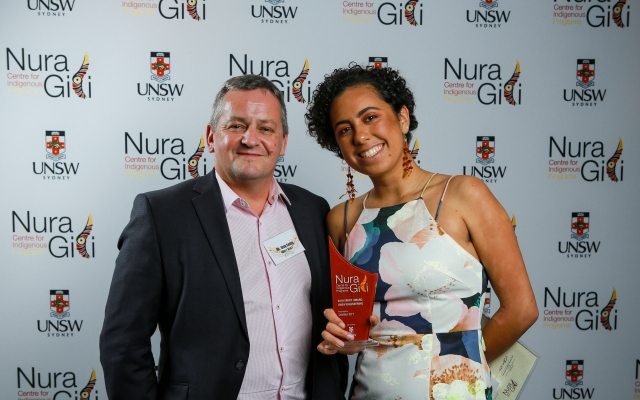 UNSW’s most dedicated Indigenous students have been recognised for their outstanding achievements.

Outstanding students have been honoured at the sixth annual UNSW Indigenous Awards, in a celebration of academic and other achievements of the top Indigenous students of 2018.

UNSW Engineering student, Tamina Pitt said she was honoured to be recognised. Tamina received two awards, one of which was Engineers Australia Outstanding Student. 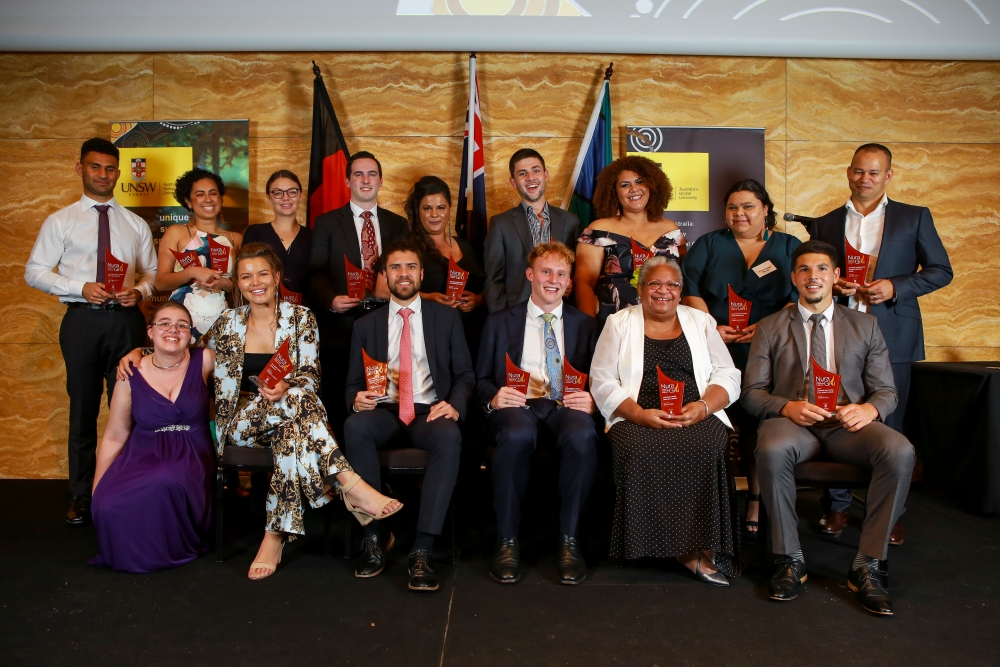 “I am so excited that Engineers Australia has sponsored this award as the leading voice for engineers in Australia,” Tamina said.

“It means so much that they would sponsor this award and show their valued commitment to Indigenous people working in and studying engineering.”

Tamina thanked Nura Gili for her Spirit Award for Engineering.

“I'm so glad UNSW has a place like Nura Gili to create a safe space for Indigenous students to thrive in their studies,” she said.

“I can usually be found at the Nura Gili student centre studying. It's not only a good study spot, but a place for our community to come together, support each other and have fun.”

He also paid tribute to the work and support of Nura Gili, without which he would not have been able to strive for success in the ways that he had.

“These awards will continue to motivate me into the future,” he said.

Professor Maynard said Indigenous students could achieve anything they wanted to and should embrace all opportunities along the way.

“We all need to realise that we can share this remarkable speck in the vast universe, and we all must strive to protect, nurture and celebrate life and what it offers us,” Professor Maynard said.

“It may well be that some of our people with your qualifications play a role in ensuring our world is sustainable for future generations.”

Professor Maynard said he “got the cane a lot at school” and switched off from learning but ultimately achieved a PhD and published 12 books.

“I want to impress on you guys - aim for the stars. There is nothing we cannot achieve or attain,” he said.

She praised Nura Gili and encouraged Indigenous students to avail themselves of everything the centre offers, from tutoring to the family-like environment.

Karaleigh said her time at university was filled with ups and downs, including failing a subject and having to repeat a placement.

“After wanting to give up and questioning whether I could actually do this, I (secured an intern placement at) Barnados’ Aboriginal early-years program … and received an award for excellence in placement and commitment to social work and social justice,” she said.

“To this day, the fact I have a double degree and finished university is definitely my biggest achievement.”