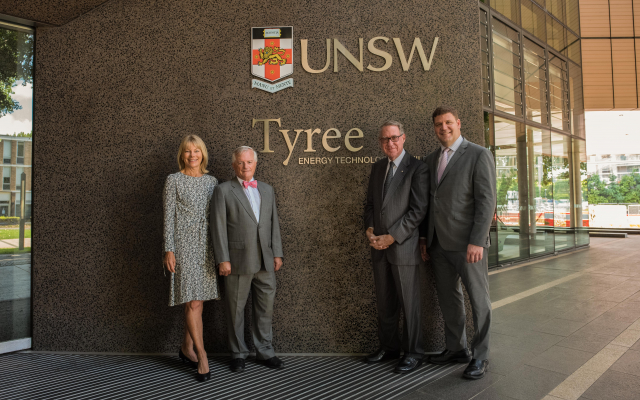 Some people find their vocation early in life and Sir William Tyree, engineer, visionary and philanthropist, was one of them. Sir William set about using his entrepreneurial skills to build a very successful business, call it an empire which was built up over the years; he chose to list on the Sydney Stock exchange in the 1960s and chose to sell a significant interest to Westinghouse Electric Corp of the USA some years later and finally, in 1982, Westinghouse acquired the company.

Eager to share his success with his alma mater, and other key research institutions involved in advancing energy engineering, medical engineering and education, Sir William established the A.W. Tyree Foundation in the 1970s.

In 1978 his son Peter was invited to join the Tyree Westinghouse organisation but after some discussion, advised his father he would prefer to go it alone and start his own company; the history books show he and Sir William started a new partnership in Tyree Holdings which was a phenomenal success. Profits from this union find their way to the Tyree Foundation and UNSW Engineering has long been a grateful recipient of the Foundation’s philanthropic support, which has led to the establishment of scholarships, awards, equipment and new facilities – none so impressive as the Tyree Energy Technologies Building (TETB).

The building of the state-of-the-art, multiple award-winning TETB owes its establishment to funds provided by the Foundation.  Opened to international acclaim in 2012 TETB is home to the UNSW Energy Institute (another initiative of Tyree and which underpins energy research activities across UNSW); the CRC for Low Carbon Living; the School of Photovoltaic and Renewable Energy Engineering, and over 300 students, academics and researchers who use the building every day.

After Sir William Tyree passed away in 2013, aged 92, the helm of the Foundation was proudly taken up by Peter who is also Chair of the UNSW Engineering Faculty Advisory Council and remains on the Advisory Board of the UNSW Energy Institute. Sir William’s daughter Robbie Fennell has joined the Tyree Board and like Sir William and Peter, has a passion for the continuation of the Tyree name in Australian manufacturing and engineering education.

Through their stalwart support of the University, giving time, equipment and financial contributions, Peter and Robbie continue to support UNSW in its advancing the energy conversation and innovations in Australia. In the 2019 Queen’s Birthday Honours List, Peter’s contributions to the community were recognised when Peter was appointed a Member (AM) of the Order of Australia for significant service to engineering and to education.

Their most recent gift in 2017 was the contribution of three years’ worth of funding to UNSW’s Distributed Power Generation Research Fund. The primary aim of the research is to create a smart energy grid that will achieve objectives around emissions reduction, better utilise renewable energies, and help improve the lives of those who live in both urban and remote regions of Australia through the provision of reliable and safe power systems.

Two UNSW projects are being supported by the Fund and are led by internationally renowned researchers – Professors John Fletcher and Joe Dong. These projects are called the Single-Wire Earth Return (SWER) Line Project and the Microgrid Project. 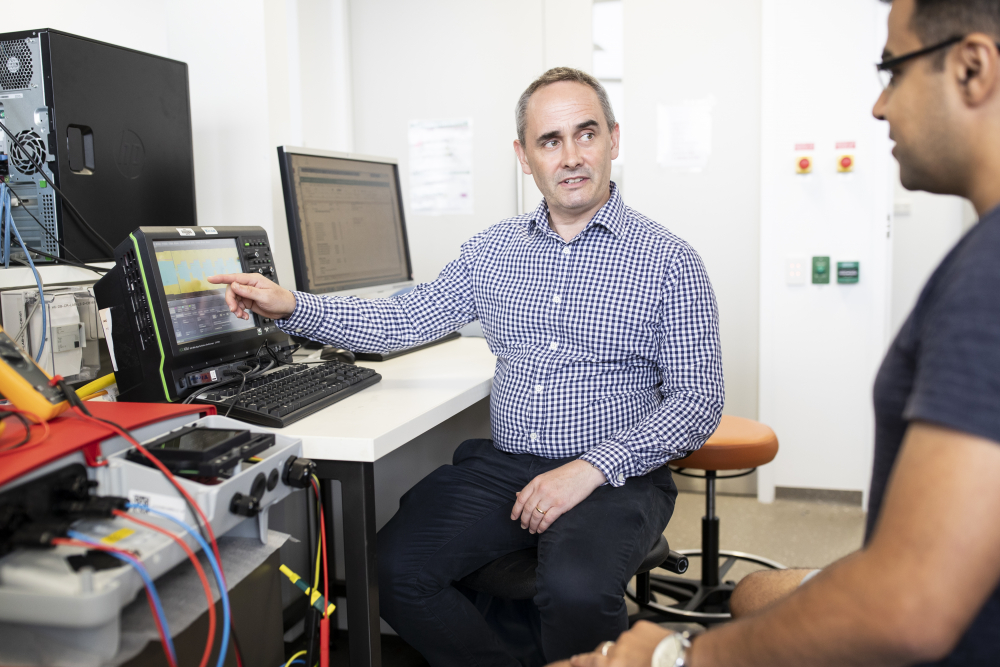 SWER lines provide rural and remote communities access to a 300,000km network of single-phase power from an electrical grid at low cost. The SWER Line Project addresses the issue of maintaining the security, safety and reliability of these lines. One of the key objectives is to commercialise a system that constantly monitors SWER lines and automatically detects incipient faults and major failures as they occur.

Progress to date has been fantastic and the research team has developed, built, and tested a proof-of-concept of the monitoring system. It has been tested on a live 11kV line set up with SWER transformers, generously provided by Tyree Transformers. The team is now working to develop holistic and decentralised generation solutions, and is demonstrating how these solutions can provide network benefits to the grid, and resilient services to rural and remote customers.

“The Sir William Tyree Foundation have provided support on this project beyond the financial. They are more like our partners. Dr Peter Tyree is very experienced technically and practically and highly regarded in the industry. He knows the market and the value of our research,” says Dong.

The Microgrid Project team have also made substantial progress in the two and a half years since it first started. A microgrid is a small section of an existing electrical network that can be fed by a range of energy sources, such as residential rooftop solar photovoltaics (PV) or, in the future, other fuels like hydrogen, gas, synthetic fuel or wind. A unique feature of a microgrid is that it can be switched into and out of the national grid depending on need.

According to Fletcher, who leads UNSW’s Energy Systems Research Group, microgrids will soon be a big part of Australia’s energy network. “In the case in Australia, at the fringe of the grid, the economics are now favouring microgrids, rather than having long, expensive interconnectors that couple these rural and remote communities to the main grid,” he says.

“Microgrids offer significant reliability and energy security advantages, and help the bigger grid look after itself, by reducing the number of consumers it has to supply. My team is developing improved controls that couple solar PV and other renewables onto the microgrid. We’re also looking at novel ways to control these elements to improve performance and resynchronise the microgrid with the main grid.”

The Microgrid Project, which also received funding from the Australian Research Council, is now taking advantage of UNSW’s Real-Time Digital Simulator. The simulator, which is the largest in the country, gives researchers the ability to simulate, verify and experiment with multiple technologies, functions, operations and control, from individual components to small- and large-scale power systems. It will bring a whole new set of challenges for researchers to focus on, but is a highly promising next step for the project.

Fletcher says the contribution of the Tyree Foundation has been instrumental in promoting the potential of, and developing these new technologies. “The generosity of the Foundation has enabled us to set up an experimental system, as hardware, so we can clearly demonstrate the benefits of the techniques we’ve developed to industry,” he says.

“I am enormously grateful to the Tyree Foundation which has always demonstrated excellent strategic forward-thinking in the way they contribute. By helping Australian academics in these R&D activities the Foundation is fast-tracking these technologies to the point where they can be commercialised, and generate new jobs and wealth for the country.”