When the Opal Tower at Sydney Olympic Park started cracking, residents were fearful their home was falling down around them. Lachlan Gilbert asked the Dean of Engineering, Mark Hoffman, about his leadership of the investigation into the building’s structural integrity. 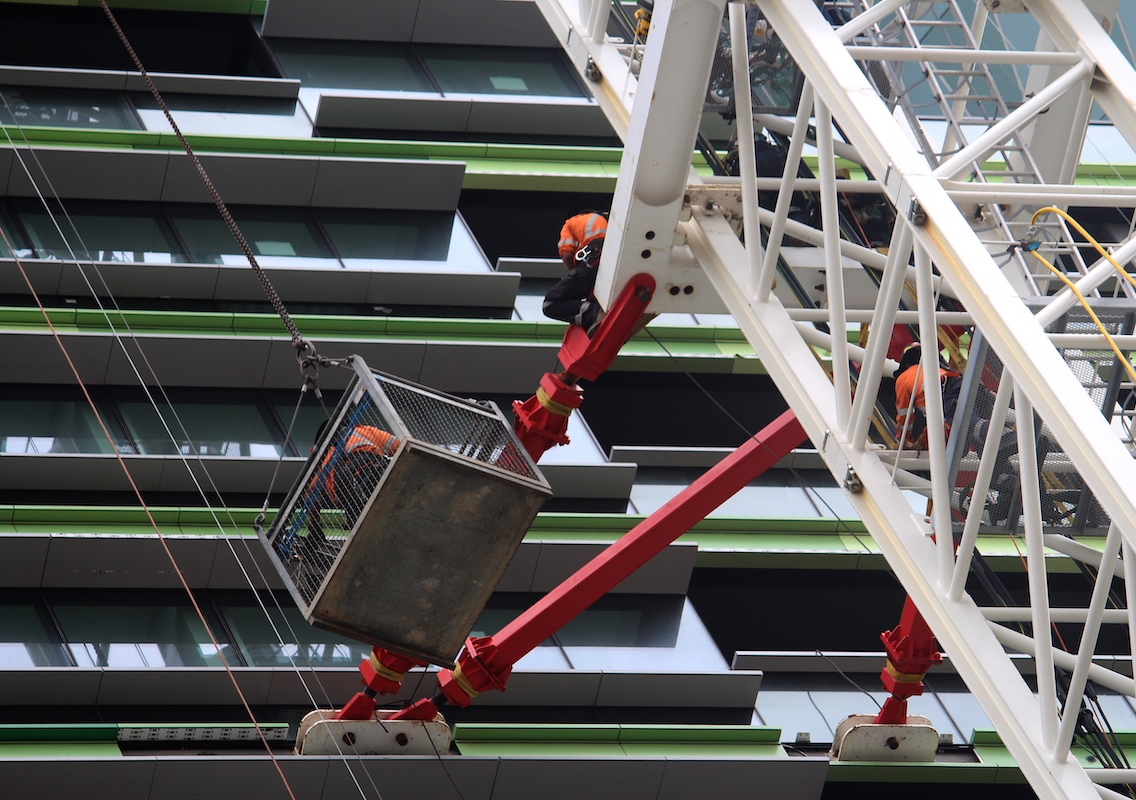 LACHLAN GILBERT Can you tell me about how you came to be involved in the Opal Tower investigation?

MARK HOFFMAN On Christmas Eve, some people living on the 10th floor of the Opal Tower heard a loud bang and they went out and saw that some external walls had cracked, so they called in the onsite building manager. The building manager got the authorities involved and they cleared the building. And on the morning of the 27th, the then NSW Minister of Planning, Anthony Roberts, decided that he really needed some independent advice. And so I was contacted, as was [Newcastle Emeritus Professor] John Carter, who is a geotechnical engineer, because a lot of the rumours flying around at the time were saying there was an issue with the foundations, and that’s his area.

LG So how did that conversation go?

MH I was about to head off on a family holiday – I was actually at Bunnings at the time when the Planning Minister calls up. So I went through all this about the Opal Tower with him in Aisle 17 of Bunnings at Chatswood with my nine-year-old daughter going, ‘Dad, this is boring, come on!’. Anyway, that afternoon John [Carter] and I went out to the site for a look around. It was quite obvious, early on, that there was a significant issue with reinforced concrete fracture. And that’s when we got [UNSW Head of Civil and Environmental Engineering] Professor Stephen Foster involved. Steve actually wrote the Concrete Structures Standard for Australia, so he was a great asset to have onboard.

LG Were there residents still in the building when you arrived?

MH On the afternoon of the 27th we were going in as everybody else was coming out – the lifts were packed with people who were trying to move. There were some pretty distressed-looking people too, I have to say.

LG What were your first impressions?

MH We worked out quite quickly it wasn’t the foundations at all – they were fine. So we started reviewing the site, doing calculations, speaking to people. The engineering company WSP was very open and helpful, as were the builders, Icon. We worked through it all and came out with an interim report on the fourth of January, because people just wanted to know what was happening.

LG What were your findings?

MH We identified a combination of design and construction issues which we confirmed in the final report on February 22. Essentially, there were some changes made to the initial design during the construction process which raised the loads on some beams. There were then some inappropriate aspects to the construction, and when combined, they led to the damage. The ultimate issue was, however, around design approvals and monitoring during construction. This meant some nonstandard practices slipped through. 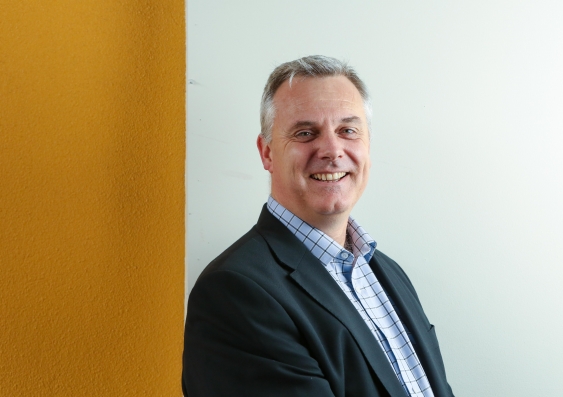 LG Can you elaborate?

MH In one case the initial approved design was changed, specifically to reduce the amount of grout between a pre-cast concrete panel and the hob beam. When the amount of grout was reduced then the local load on the hob beams increased. In the level 10 case, which was heard on Christmas Eve, it was incorrectly placed electrical conduit and reinforcing steel, and a repair to the panel, which reduced the hob beam’s strength, and so it failed. Another beam was found to have failed because a lower strength concrete was used. Different strengths of concrete are often used when you’re building a large building. And of course, they’re bringing trucks in all the time to pour the concrete, and during this process they poured one of the beams with a lower strength concrete than the others. Then we had to ask, why wasn’t this dealt with at the time? We discovered that various versions of the design drawings indicated different strengths of concrete. Some people were claiming ‘this is what it should be’, while others pointed to another design document and said ‘no, this is what it should be’. It was not immediately clear to us who were correct. What was clear, however, was that one beam was made from lower strength concrete than the others and it was the one that failed. There was also a grouting issue.

LG So what were your recommendations?

MH The first recommendation was around the process to fix the structural damage in the building. Very quickly, the risk factor was reduced by inserting some grout and bracing around the damaged sections. Some highly reputable independent engineering teams have designed structural rectifications and by the time they’re finished, it will be far stronger than it would have been normally. Other recommendations were about how to avoid these incidents in the future. Australia’s National Construction Code is based on the principle that we want our buildings to be structurally safe. And they are! But the full breadth of consumer expectations regarding building quality is not really addressed in that code. This is left to the state governments, and they have been lax in this regard. In NSW to date, much has been vested in a sign-off from a building certifier, and then it’s all okay. Now, in the case of Opal Tower, the certifier had done that, and had done nothing wrong that we could see. But the certifier’s job is not to check that everything’s okay, it’s just to check that all the appropriate approvals have been signed off. So the certifier basically signs off on a whole tiered approach where somebody signed off something that wasn’t right. But there’s no real double-checking, nor is it transparent.

LG How was it not transparent?

MH For example, we had a ministerial directive and it still took us quite a lot of time to get some of this documentation – people weren’t being obstructionist, they just couldn’t access it easily. We recommended that all of this documentation should be on a curated website. If it’s transparent and people’s names have been put on it, they have a far different approach to doing the work than when they know that it’s just going to be filed away in some ‘drawer’.

LG What were other recommendations?

MH NSW doesn’t register engineers so anyone can basically put up a website and say ‘I’ll manage the project and sign off on designs and check the construction’. And so we’ve recommended the registering of engineers. Another issue is there’s no clear process for changing an original design. When you’re building, things happen, designs need to be changed or, for example, the concrete truck that came in and poured the concrete for that beam – it was the wrong truck. With hundreds turning up in the course of the building, it’s no surprise there’s one mistake. There should have been a formal sign-off process by qualified and registered people and there wasn’t. The same independent checking would have clarified the design ambiguities we also identified. What we’ve said is, designs and any changes to them have got to be signed off by qualified and registered engineers. Once that is in place, your system becomes much more robust and it’s not that much more expensive, if one focuses on critical components.

LG It looked like a stressful time for the residents who had to find somewhere to live really quickly around Christmas. What was your impression of that?

MH The builder acted extraordinarily well. As soon as it was clear that people had to leave they found them accommodation and they gave them a living allowance for a long period of time.

LG A newspaper opinion piece in February made the point that in one sense, the people living in the Opal Tower were lucky that it happened on Christmas Eve because it got such wide media coverage. The article implied there were many unreported other cases in NSW. What do you think about that?

MH There are very rarely major structural issues with the design and construction of buildings in Australia, as we saw here. However, things are often not built as they should have been, such as leaking showers, leaking pipes, or the electrical work is not quite done as it should have been. All of these issues are happening way too often and that’s the gap in the system. So yes, quality is a real issue. But the safety through the National Construction Code is more robust. From a quality point of view, there are definitely problems in the construction industry, from an overall building structural safety point of view, we’re in reasonable shape.

LG So what do you think will happen moving on from this?

MH I think this whole incident will be a real watershed for the construction industry and the way it’s regulated in NSW. There’d been a number of reports and anecdotal discussions about these sorts of problems but no one really wanted to grasp the nettle. But now the Opal Tower incident has brought it all into very sharp focus, so hopefully the construction industry will be the better for it.