Libra is a game-changer, but this doesn’t mean Libra will win the game. 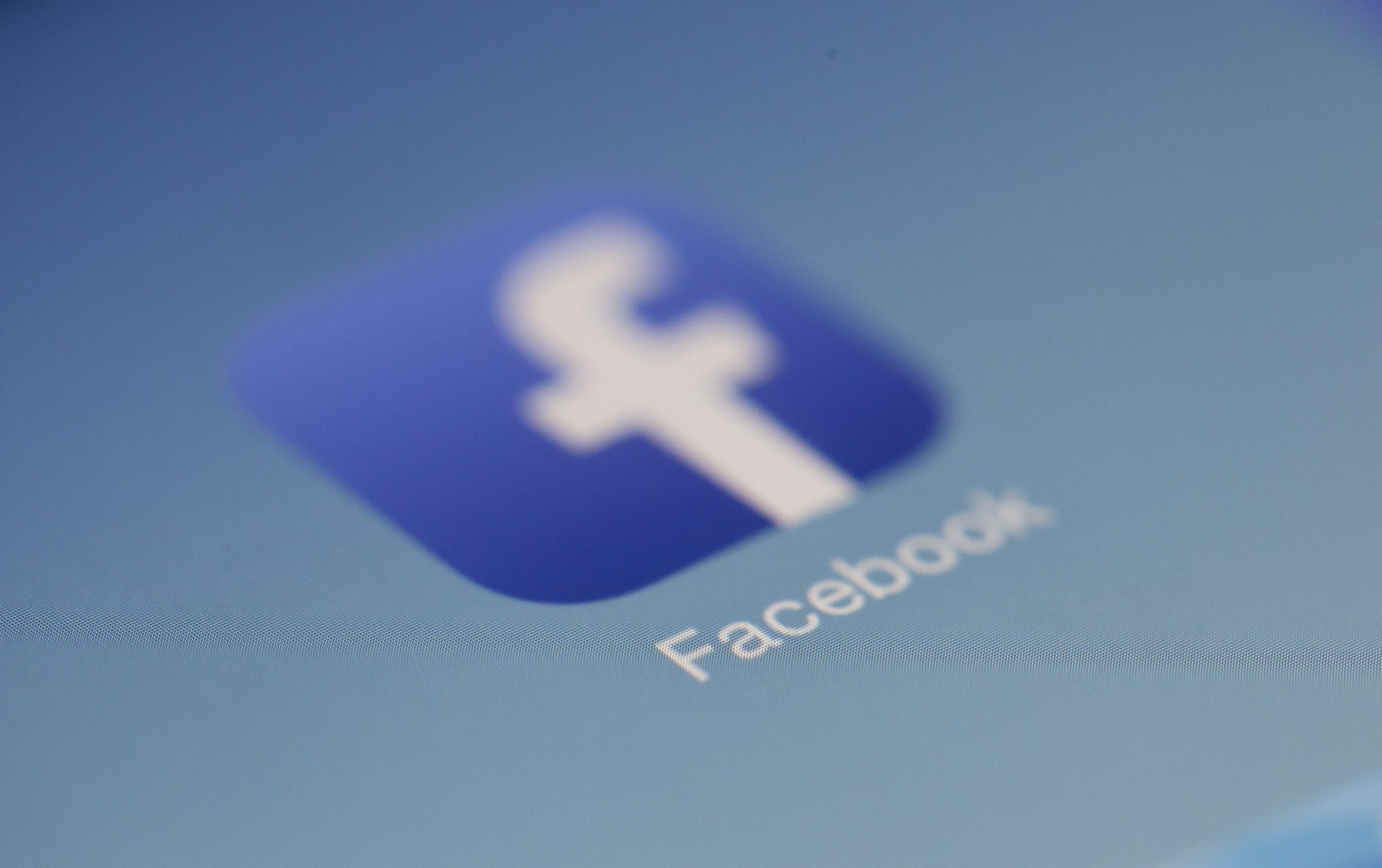 In mid-June, Facebook announced it intends to launch a new cryptocurrency next year, called the Libra. Libra will be e-money. You will buy it with hard currency, and receive e-money that will exist in a digital wallet on your phone and be useful for some payments. Libra’s utility will initially be limited in highly developed countries, like ours, with highly convenient and efficient payment systems. It is likely to take off in less developed places, because some 1.7 billion people today lack access to the most basic financial services. After all, Libra is like the mobile money, such as M-Pesa, that has so flourished in East Africa, but on a global scale.

Bitcoin and Libra are both cryptocurrencies, but Libra is very different and has extraordinary potential. Bitcoin is a truly decentralised currency with no central administering organisation. Its supply is tightly constrained, so its value varies wildly. The three indicia of money are that it is a medium of exchange, a unit of account and a store of value. Bitcoin’s extreme volatility means it can only serve as a medium of exchange in instantaneous transactions, so it is currency, but notmoney.

Libra will be money. Its value will be tied to a basket of the world’s major government-issued currencies and every Libra issued will mean an equal amount of such currency, or highly liquid government bonds, have been placed on deposit with a reliable repository. As such, Libra will be a stablecoin. There is nothing new about this. Stablecoins currently abound. The difference will lie in the breathtaking reach and utility Libra will enjoy on the back of Facebook’s 2.3 billion active monthly users.

Libra will not initially be fully decentralised; while it will operate on a blockchain, the initial processing nodes will be the 28 members of the Libra Association, which include Visa, Mastercard, Spotify, Farfetch and Uber. Why Uber? Because Uber pays over US$ 800 million annually in merchant charges on card payments. So expect to be paying for Uber rides next year from your Facebook account. The likes of Uber, Spotify and Farfetch would appear to be in the consortium in order to drive demand for Libra in rich countries.

The plan is for full decentralisation to start in five years, but this requires major technological advances – Bitcoin’s solution is far too slow and energy-intensive – and frankly these plans to decentralise are probably mostly Facebook spin, not substance. There is no real reason to operate Libra on a public distributed ledger and many reasons not to do so. I suspect the promise to do so has to do with appeasing those who love the idea of ‘democratic’ public distributed ledgers, and to distance Facebook even further from this project.

In particular, Libra is likely to flourish in highly remittance-dependent economies, like those of the Philippines, Bangladesh, Nepal, and the Pacific Island nations, because high remittance inflows will inject Libra into the local financial ecosystem. The average cost of remittances, globally, is 7 percent, which is scandalous. Such a fee was perhaps appropriate back in the days when record-keeping involved clerks and written ledgers, but it has been exploitative for a long time, and is ripe for disruption by Libra. This will matter in Australia’s backyard. Pacific Islanders working at seasonal jobs on our orchards and farms have to spend up to $50 to send $500 home to their family in the village. Libra should be able to reduce this cost to a few dollars.

Commentators suggest Libra lacks the cash-in / cash-out functions provided in mobile money networks by small stores that typically sell phone airtime and mobile money services alongside groceries. However, the cash-in function will likely come through remittances or in government salary, welfare and transfer payments to citizens. The cash-out function will follow as small business owners opt to receive Libra paid into their own Facebook account, in return for their goods or services, as has already happened in China with AliPay and WeChatPay.

Mark Zuckerberg has said that, “In a lot of ways Facebook is more like a government than a traditional company.” Libra is his biggest step yet into the realm of the sovereign, for Facebook will collect the equivalent of seigniorage – the financial benefit of issuing currency which usually accrues to a nation’s central bank – and here will be the interest paid on the cash on deposit or liquid government bonds. For with Libra, when you pay your dollars to get your Libra, the interest from those dollars being put on deposit will accrue to Libra, not you.

Regulators globally will require Facebook to conduct money laundering and terrorism financing checks on all Libra users. The Libra plan includes a global digital identity to meet these requirements. Once Facebook achieves this regulatory compliance, expect an expanded suite of financial services to follow.

Indeed, the digital identity solution that the implementation of Libra will require may well prove to be the most important longer-term outcome of this project. Customer onboarding today is typically a slow and expensive process. To be viable, Libra will need to make the process both quick and cheap, and it will, with the financial and technological resources it will bring to bear. Digital identity is doable today – the reasons banks don’t do it have to do with the perspective they bring to the issue, and the difficulties such massive institutions find in innovating.

Cheap and efficient client onboarding, courtesy of digital identities for every client, will give Facebook an extraordinarily powerful competitive advantage in retail banking.

Is this really about helping poor countries?

But I really doubt that helping the poor is the main game here. If it were, why are there no developing country entities in the Libra Consortium? If Libra’s primary purpose is to assist Africa – where are the African voices, and the knowledge of African conditions? If this is Libra’s goal, where is Facebook’s track record of real concern for the societal impact of its actions?

The real target, in my view, is not poor people in poor countries – it is retail consumers in the world’s largest financial markets: India, Indonesia and the United States itself.

Facebook is a data company and Libra will give Facebook the best payments data with which to complement its leading social media data. There are vague assurances about these two data pools being kept separate in the Libra documents, but such separation need only endure until an update to Libra’s privacy policy – an update that virtually everyone will accept without reading – and Facebook’s track record on such matters is not such as to promote trust.

The path forward for Libra is obvious if one looks to China, where Ant Financial, the payments and financial services subsidiary of Alibaba, and WeChat, use their vast stores of data to make loans to consumers, or to America where two of the leading lenders to small businesses are Amazon and Square, a payments app. Ant, WeChat, Amazon and Square have better data than the banks – they have a real time feed on businesses’ income as it is paid to them by customers – so of course they are displacing banks as lenders.

Whoever has the best data and data analytics is best able to price credit and insurance. Historically that has been the banks – but no longer. Facebook will initially take off as a financial services company in poorer countries, but right now banks in developed markets should be very afraid. Radically new strategic thinking is required. The incumbent banks are going to have to learn to dance with data, in new and innovative ways, if they are going to resist this challenge from Facebook and other tech companies.

The future will be cashless

Libra is a game-changer, but this doesn’t mean Libra will win the game. The world’s principal regulatory authorities can severely slow or stop Libra if they wish to do so – and plenty of the early evidence suggests that they do. Furthermore, one should expect other stablecoins to emerge in response to Libra. It seems logical that Amazon or Google or some other BigTech entity will respond in kind.

Moreover, Libra may well simply greatly accelerate the realisation of a trend that is already clearly apparent – for, in many countries, cash is dying. Its use in Australia declines year on year. More significantly, in Sweden, two-thirds of bank branches no longer hold cash, and the Swedish central bank has suggested that cash will be out of circulation within four years, by 2023. It is pretty clear reading between the lines of the two reports issued by Sweden’s central bank (here and here) that as cash goes out of circulation, the central bank itself will issue a digital currency – a cryptocurrency somewhat like Libra, but issued in the national currency by the national central bank. If it doesn’t do this, the only retail payments mechanisms in Sweden will be provided by corporations such as Visa and Mastercard, and the central bank doesn’t trust those profit-driven enterprises to cater to the needs of the poor, the elderly and those living in remote locations.

A number of countries have done considerable work developing such a central bank digital currency, with Canada, China and England in the lead. None have initiated issuance, as doing so is the ultimate game-changer. Re-envisaging our financial systems with a central bank digital currency is not easy, as it could well amount to every citizen having an account with their central bank – a privilege to date reserved for commercial banks and some international organisations. And it could make managing bank runs much more challenging. No one wants to put the commercial banks out of business, but in times of trouble, how would one prevent the mother of all bank runs as deposits rush into the ultimate safe-haven – one’s own central bank?

We explore some of these questions in detail in a new paper. Suffice it to say, however, that whatever changes Libra brings, it most certainly highlights the tectonic forces at play in banking and finance as the rise of data and its algorithmic interpretation quite literally alter the very fundamentals of the industry.

This opinion piece was originally published on The ABC. Read the original article.