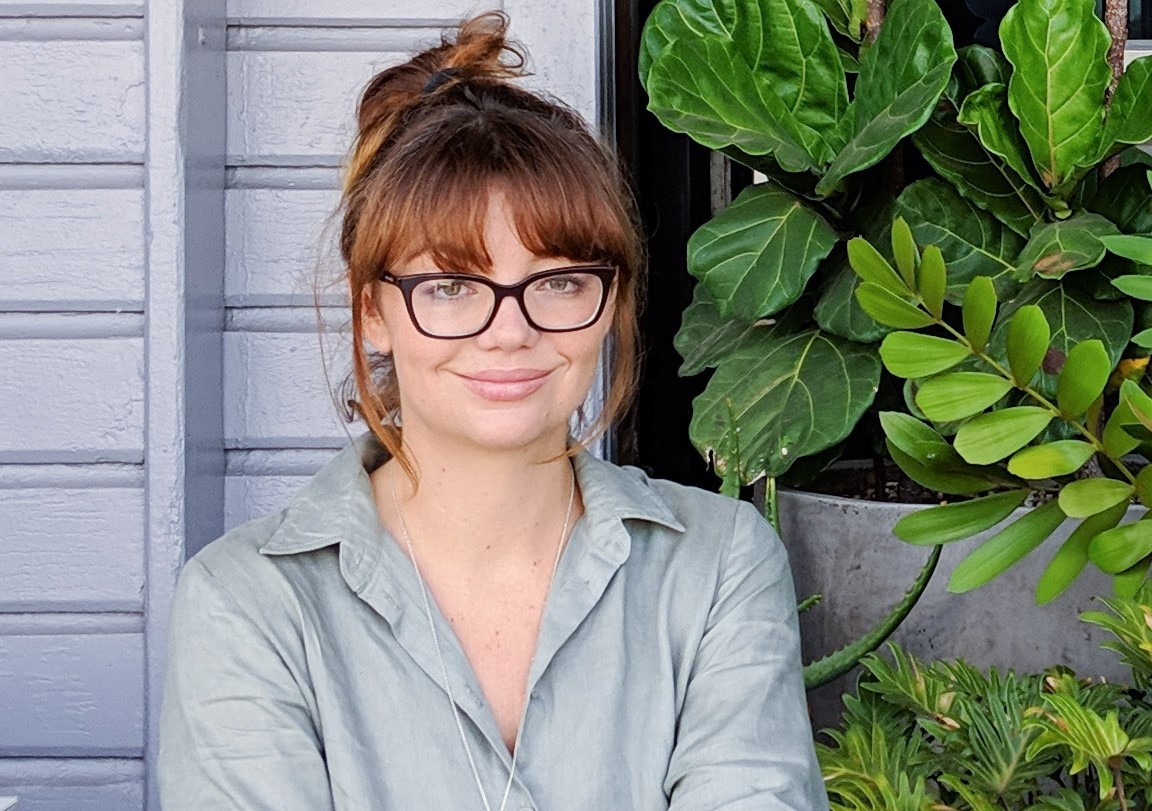 Like many Indigenous students at university, Kaylie Salvatori was looking to embark on a career path that could make a positive difference for the community and the environment.

“I did Fine Arts (at Newcastle University) because I was good at it in school. I’ve always loved design and painting and drawing and crafting things,” the UNSW alumna says. During this time she explored notions of identity, community displacement and environmental degradation through her art.

But the thought of “just making art to go into people’s lounge rooms” concerned her and prompted a move to a double degree in Laws and Development Studies, with the intention of contributing through environmental law and human rights.

“Well I think the political drive was informed by my Aboriginal heritage, climate change and the political environment,” she says. “As I was growing up, I became more aware of our global situation and I wanted to do my part.”

But law wasn’t creative enough for Kaylie. It was when she met her partner – a landscape architecture student – that she found her true calling.

The degree was a perfect combination of all the things that Kaylie was interested in: “Art making, it’s environmentally aware and active, and also making social spaces for people,” she says.

“I was unaware of landscape architecture as a discipline which is a shame. If I’d know about it when I was first looking at my university options, I would have picked it and I could be 10 years further along in my career. Although I do appreciate that some of the life lessons I’ve learnt on my journey have given me a depth to my design approach which I otherwise would not have. ”

The UNSW alumna is one of 15 speakers at UNSW’s Engaging Women in the Built Environment event on August 12.

The event is part of the faculty’s strategy to reach 50% women in leadership roles by 2025 in the Built Environment industries.

Kaylie believes there is a huge discrepancy in female representation in leadership levels in her industry, which she says is limiting designs.

“I feel there’s disproportionate representation, especially in leadership positions. Often when I go to meetings, it’s 90% male, and it is not uncommon to be the only woman in the room” she says. “I think design is such a personal thing... I think that who you are - be it your gender, your ethnicity, your culture - I think this has a direct impact on the quality or the tone of your space. And to have the leadership roles dominated by men, and particularly a homogenous group of men, probably limits the complexity and nuances of our designs.”

Another challenge that she would like to address is the fact that she “can probably count all the female Aboriginal women in the Built Environment that I know on one hand”.

Kaylie says she feels an intrinsic connection to the land and believes that all landscape architects can benefit from the learnings that can be taken from thousands of years of Aboriginal care to Australia’s landscape.

The Yuin woman from the NSW South Coast blames a historical colonial legacy which has left Indigenous people out of the conversation when it comes to the design of cities and towns.

She’s hoping to help change this through a number of initiatives, including her involvement with this year’s Nura Gili Winter School.  The School introduces Indigenous high school students to university pathways including within the BE faculty. Kaylie, a recipient of the Arcadia Landscape Architecture scholarship, is also involved in the expansion of the scholarship which is currently offered to UNSW and UTS Indigenous students.

Kaylie has just completed the honours component of her Landscape Architecture degree, where she also won eight awards, including the Harry Howard Prize.

“From the moment I started (landscape architecture) I knew I’d made the right choice – I loved it,” she says.

Her final project, the Dirty Minds Project, sought to advance the case for urban aboriginal farming.

“I looked at establishing a National Indigenous and Environmental Sciences Academy in Western Sydney. It celebrated Aboriginal agriculture knowledge systems, and looked to ameliorate soil salinity, manage food miles and work to galvanise Indigenous agency through community-led projects,” she says.

The alumna is now an employee at Arcadia Landscape Architecture, where she works on a range of projects from school playgrounds to community-based projects.

“I work on a lot of projects that have an Indigenous focus, where we are directly collaborating with community and working to address mistrust in consultation and urban design,” she says.

Kaylie says she enjoys being able to balance her job with tutoring at UNSW. In the future, she has goals to complete a PhD focused on Aboriginal Ecological Design and open her own business with her partner.

“I’m looking forward to the freedom that running your own business gives you, as well as being able to concentrate my focus on Country oriented design.”