Declines in platypus have likely been underestimated, new research by UNSW scientists has shown. 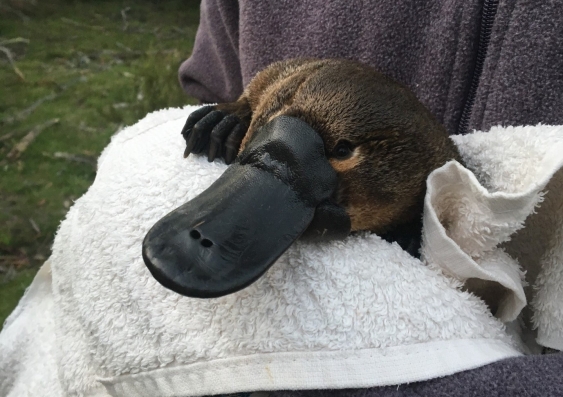 Declines in platypus have likely been underestimated, new research by UNSW scientists has shown. The iconic species was listed as ‘Near-Threatened’ in 2016, given mounting evidence of recent localized declines, but the scientists’ compilation of historical data – recently published in Global Ecology and Conservation – suggests considerable historical declines.

The UNSW-led, Australian Research Council-funded project analysed all available data on platypus distribution and abundance from the last 258 years, and compared it with recent data from systematic surveys.

Lead author Tahneal Hawke, a PhD candidate at the UNSW Sydney’s Centre for Ecosystem Science, says there has been ongoing evidence to suggest platypus are declining.

“However, because of the lack of data on historical abundance and distribution, we didn’t really know just how bad the decline had been.

“Our inclusion of historical data over the last two centuries, including observations from old newspapers, suggests platypus declines have been significantly underestimated, with historical accounts of platypus numbers far exceeding contemporary estimates,” she says.

For example, 22 platypuses were captured in a single day in 1908 on the Yarra River at the Princes Bridge in Melbourne, where sightings are rare today.

Changes to the species’ distribution were also concerning: 41.4% of sub-catchments across the platypus’ range had no recorded sightings in the last 10 years.

“These long-term declines likely reflect the impacts of the historical fur trade, from which platypus never fully recovered,” says UNSW researcher Dr Gilad Bino, one of the authors.

Of particular concern was the Murray-Darling Basin – 50% of sub-catchments where platypus once occurred had no records in the last 10 years.

“The Murray-Darling Basin has had the greatest number of sub-catchments without records in the last 10 years compared with other drainage basins across the platypus distribution, potentially reflecting water resource development and increased drying,” says Professor Richard Kingsford, Director of the UNSW Centre for Ecosystem Science and one of the authors.

“Platypus declines are of increasing concern to governments and scientific communities, but the seriousness of the declines outlined requires more urgent conservation attention. Improved and ongoing monitoring of platypus is essential to increase understanding and inform effective management of this iconic mammal,” he says.