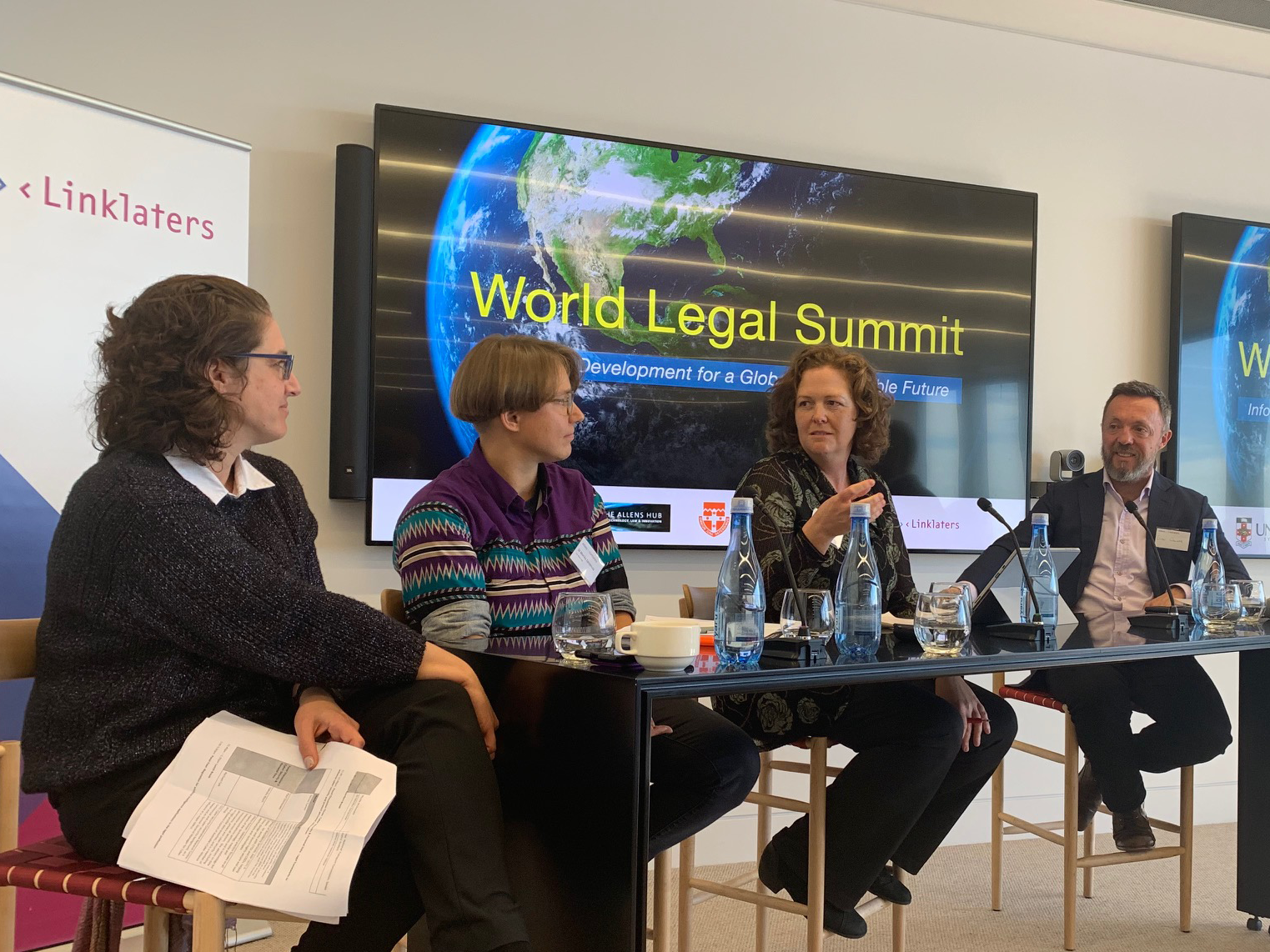 Issues ranged from rules for self-driving cars to cybersecurity and protecting personal information.

UNSW Law Professor Lyria Bennett Moses and colleagues from the UNSW Allens Hub for Technology, Law and Innovation, spearheaded the Sydney-based edition of the first World Legal Summit (WLS) 2019 held on 1 August. The event saw virtually-linked and simultaneous summits take place in cities around the world from Cape Town to Toronto. International commercial law firm Allens hosted the Summit at its offices in Sydney.

More than 50 people attended panels on three internationally-coordinated categories: identity and governance; autonomous machines; and cybersecurity and personal data. The fourth panel was on a topic of local interest – regulation for AI applications.

Audience members and panellists included legal professionals and regulators, government and policy professionals, academics and think tank representatives, and technologists and tech company executives. The global connections were made through social media, an internal blog, and a virtual world.

“The Summit was an opportunity to discuss a wide range of important issues around how law intersects with new technologies among a diverse group from academia, legal practice, industry and government,” Professor Bennett Moses said. “This was linked with similar conversations around the world to create a global picture of the challenges and an understanding of what is working and what isn’t.”

The most spirited discussions of the day were on the topics of identity and governance and autonomous machines. On the first topic, panellists identified major gaps in the legislative framework regulating the construction and use of digital identities, including that Australia’s current privacy regulation is lagging behind the rest of the world in protecting consumers’ personal information.

“The Privacy Act does not currently prevent companies from exploiting information asymmetries and imbalances in bargaining power in their dealings with consumers regarding data practices,” said UNSW Law Senior Lecturer Dr Katharine Kemp. Consumers are generally unaware of the existing data ecosystem – the companies that “pervasively track” and profile consumers for profit. Consumers do not currently have real choices about the data practices of the firms that collect and disclose their personal information.”

There is no specific law in Australia that regulates digital identity. The Privacy Act of 1988 continues to be the main source of regulation and it did not contemplate the issues surrounding the widespread use of digital identities when it was drafted. As a result, personal data is only protected at a base level by the law.

“We are trying to fit modern life and modern concerns into a Privacy Act that wasn’t designed to deal with today's digital environment,” said Michael Morris, a partner at Allens. “That's just a function of the fact that legislation will often struggle to keep pace with technological change and perhaps evolving societal norms in response to that change.”

There are also challenges for autonomous vehicles. The National Transport Commission (NTC) has identified 716 provisions in state, territory and federal legislation that may act as barriers to deployment (public use) of autonomous vehicles. There is no single national law for automated vehicles, but the National Transport Commission has published guidelines for trialling autonomous vehicles in Australia and three states have passed legislation enabling trials. This, however, only begins to answer broader questions about liability, consumer protection, insurance and automated ethics, among other topics discussed.

“What the day revealed was a variety of often intersecting challenges in the way that law addresses questions raised by new technologies, such as automated vehicles, and new practices, such as high volume data processing and profiling. Australia is better positioned in some areas than in others, and there will be much that we can learn from the rest of the world as well as areas in which other jurisdictions can learn from our approach” said Professor Bennett Moses, reflecting on the Sydney event.

The WLS will now publish a global insights white paper, which will be a collection of insights from each participating jurisdiction, along with additional research performed by the global team. The Sydney-based insight report is available on the UNSW Law website.