What is the conflict between the US and Iran about and how is Australia now involved?

As Australia commits to joining a coalition in the Strait of Hormuz, preventing escalation of any conflict should be the primary concern of all players. 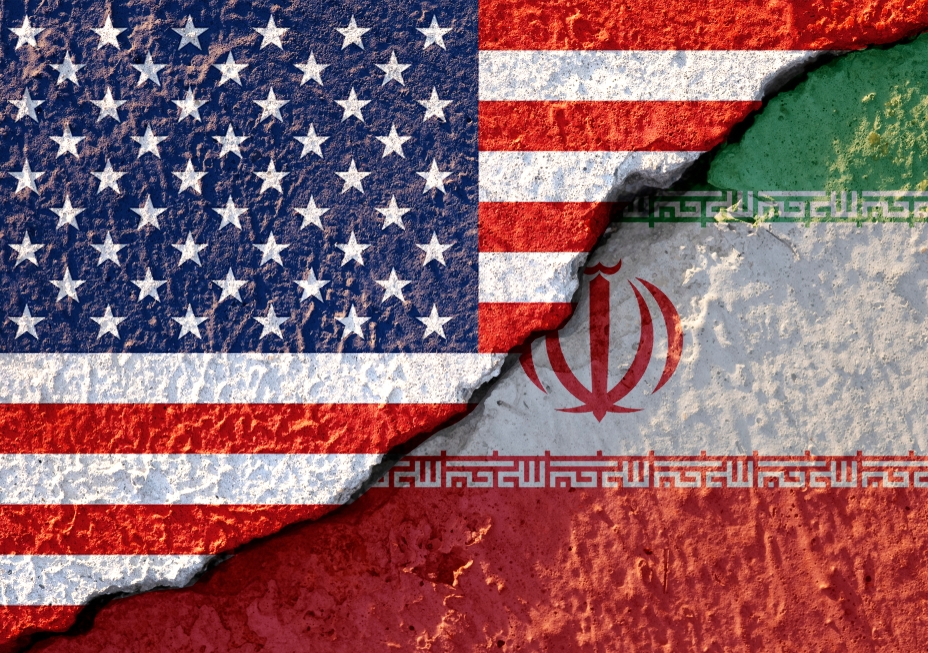 Prime Minister Scott Morrison has confirmed that Australia will lend military support to protect shipping in the Middle East.

The commitment has been long expected, with Australia sending a frigate, an aircraft and some headquarters staff as part of a US-led coalition in the Strait of Hormuz, amid deepening tensions between the US and Iran.

So what is this conflict about, what is Australia’s involvement, and what are the risks associated with it?

What is the Strait of Hormuz?

The Strait of Hormuz is a narrow body of ocean connecting the Persian Gulf and the Gulf of Oman. Its width varies, but at its narrowest is 39km. It is the main passage for transporting oil from the Middle East out into the Indian Ocean and beyond; a fifth of the world’s oil is shipped through this strait. This includes 15-16% of crude oil and 25-30% of refined oil that is destined for Australia.

Iran and Oman border the Strait of Hormuz. As the littoral states, they have sovereignty over the waters in the Strait of Hormuz, but that sovereignty is subject to navigational rights enjoyed by all states. Ships from all countries have the right to move continuously and expeditiously through these waters without interference from either of the coastal states.

What is the conflict between Iran and the US about?

The primary concern in relation to the Strait of Hormuz at the moment is interference with commercial shipping. The United States has accused Iran of attacks against tankers and has destroyed an Iranian drone.

In recent weeks, Iran has seized the Stena Impero, a British-flagged commercial tanker, as well as a US drone. It also boarded but released a Liberian-flagged, British-owned vessel. These actions have heightened concerns about navigational rights through the strait and the consequences for global oil supply.

This is all against a backdrop of heightened tension between Iran and the United States, resulting from American sanctions against Iran and its abandonment of the 2015 nuclear deal with Iran. It is the latest rift in a relationship that has been fraught for decades, punctuated by events like Iran taking over the US embassy and holding hostages in 1979, the United States backing Iraq during the Iran-Iraq war in the 1980s, and Iran’s development of a nuclear program in the 1990s.

Shipping has previously been threatened within the Persian Gulf and along the Strait of Hormuz, especially during the Iran-Iraq war. This conflict was also known as the Tanker War because of the threats to commercial ships transporting oil out of the Gulf. It resulted in the United States and other neutral states providing naval escorts and conducting convoys to protect shipping.

What is Australia’s involvement?

Australia has announced it will be joining an “International Maritime Security Construct” that is focused on ensuring the freedom of shipping lanes and commercial navigation.

This international presence is intended to respond to incidents and threats as they occur during passage through the strait. The prime minister has announced that Australia’s involvement is limited in terms of time and resources and emphasised the importance of de-escalation.

A legal difficulty for Australia is that this sort of convoy relies on a doctrine that is associated with the law of naval warfare, and so would usually only apply if there is an armed conflict between states. Australia is instead maintaining the view that its warships are also exercising their navigational rights through the Strait of Hormuz.

The new mission is cast as an enhancement of previous contributions to counter-terrorism and counter-piracy operations. However, these operations have been directed at non-state actors, rather than the naval forces of another country. Iran may claim that their presence constitutes an unlawful threat of the use of force.

British Prime Minister Boris Johnson instead decided to join the US-led mission. In joining this effort, Australia has emphasised the importance of its multilateral nature. This matters when it is recalled that the oil tankers concerned are typically flagged to a wide variety of states, are owned by nationals from other states, might be chartered by companies from different states and are frequently crewed by nationals from diverse states.

As a result, far more countries than just Iran, the United States, the United Kingdom and Australia have stakes in these issues.

How does it affect the global oil trade?

The prospect of oil tankers being seized in the Strait of Hormuz will likely increase the insurance premiums on shipping. In addition to seizing ships, Iran has threatened to close the strait.

Concerns also exist that Iranian military forces might hinder passage, or might go so far as mining the strait. Any of these scenarios poses a risk to global oil supply and even the prospect of these actions causes a jump in crude oil prices.

Ultimately, Iran shares an interest with the United States and other countries in maintaining navigational rights for commercial shipping. So much is evident in Iran’s own response to the British Royal Navy seizing one of its vessels off Gibraltar.

Given that over 90% of the world’s traded goods are carried by ship, every country has a strong reciprocal interest in ensuring freedom of navigation. Iran is using one of the main political tools it has at its disposal to exert pressure in response to current US policies.

Preventing escalation should be the prime concern of all actors and would be the most mutually beneficial outcome.