The 'medevac' law provides protection from people who do not recognise the legitimate medical needs of asylum seekers, UNSW's Kaldor Centre will tell a Senate inquiry on Monday. 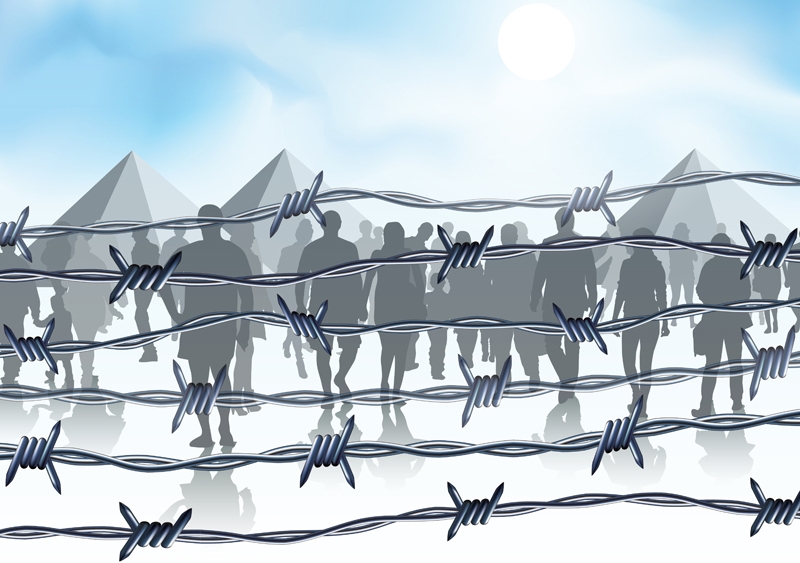 The so-called “medevac law” minimises the risk of delay, uncertainty and politicisation of medical decisions relating to asylum seekers, and it should not be repealed, members of UNSW’s Kaldor Centre will tell senators on Monday.

The medevac law is designed to save lives without compromising the ultimate power of the Minister, says a Kaldor Centre submission to the Senate inquiry into the proposal to repeal it.

The submission is signed by the Kaldor Centre’s Deputy Director, Professor Guy S. Goodwin-Gill; Senior Research Associates Madeline Gleeson and Sangeetha Pillai; and Visiting Scholar Kate Ogg, a Senior Lecturer in the School of Law at the Australian National University. Gleeson and Ogg will be providing evidence at the Senate Legal and Constitutional Affairs Committee hearing on 26 August.

Why courts aren't the solution

They note more than 50 matters have been brought before the Federal Court since 2016, as shown in the Kaldor Centre’s new database of medical transfer cases.

“In every case, the Court agreed that the applicant required urgent medical treatment outside of Nauru or PNG, and, where necessary, made orders to that effect,” they write. Relying on the courts, however, was “inadequate, ineffective and ill-suited to responding to urgent medical needs and preserving the life and wellbeing of people transferred offshore”.

The Federal Court has noted that if “the Commonwealth is to be involved in medical decisions, such as where a patient will be treated, it must do so competently”.

Yet, the submission notes, the court cases reveal “senior Australian officials have been involved in making decisions about patient care which are contrary to medical advice, create undue delay, and expose children and adults to additional, avoidable harm and distress.

“The Federal Court cases reveal a pattern of delay and inaction on the part of the Government … they did not appear to regard the provision of medical care as a sufficiently urgent or serious matter until required to do so by court proceedings.”

The submission notes the 'long and documented history of deteriorating physical and mental health, and preventable illness and deaths, caused generally by the conditions offshore and specifically by failures to provide appropriate healthcare in a timely manner'.

Before the medevac law, the submission says, “there was no requirement that transfer decisions be made by people with appropriate medical qualifications, nor that they respond to identified clinical needs”.

Under medevac, there is a “clear, transparent and effective process ... for urgent medical decisions to be made by people with the requisite qualifications and expertise, within appropriate clinical timeframes”.

The submission notes the “long and documented history of deteriorating physical and mental health, and preventable illness and deaths, caused generally by the conditions offshore and specifically by failures to provide appropriate healthcare in a timely manner. This history indicates that the previous system was not adequate to meet Australia’s obligations with respect to the health and well-being of people transferred offshore.”

The previous system also was costly and consumed a disproportionate amount of the Federal Court’s workload.

While the government has said there is “no medical emergency” in Nauru or PNG, the Kaldor Centre points out that 953 people had been brought to Australia by April 2019 for medical treatment, or to accompany family members receiving treatment that was not available offshore. “This was more than half the total regional processing cohort,” the submission says.

Under international law, the Kaldor Centre notes, Australia has a non-delegable duty of care for people transferred offshore to Nauru and PNG. “Liability overall remains with Australia,” the submission says, noting that Australia forcibly transferred people to Nauru and PNG; is involved in the day-to-day operation of regional processing activities there; and contracts, finances and otherwise exerts control of healthcare and other services provided to those held there.

The medevac legislation passed by Australia’s parliament in an extraordinary vote against the government and became law on 1 March 2019. It enables asylum seekers and refugees held under Australia’s offshore processing arrangements to be transferred to Australia for urgent medical or psychiatric treatment or assessment if two doctors say they need it, unless the Minister refuses on character or national security grounds. The Morrison government made its repeal a priority since winning reelection in May.