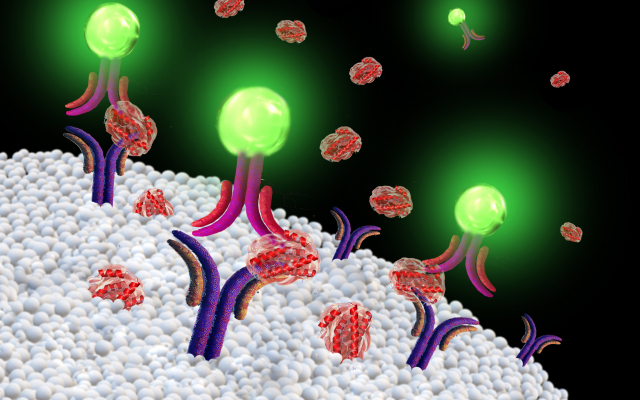 Researchers have found a way to identify multiple cell signalling proteins using a single cell rather than the billions of cells used previously. 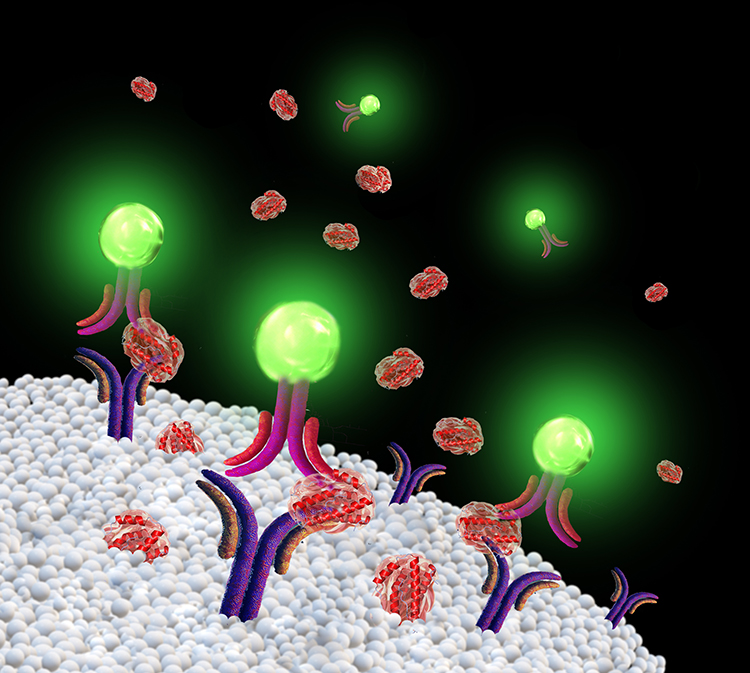 The new measurement technology, developed by researchers at the ARC Centre of Excellence for Nanoscale Biophotonics, brings precision medicine a step closer.

“Cells secrete various messenger molecules, such as cytokines. They may indicate the presence of a disease or act as a driver of key therapeutic effects,” says Associate Professor Guozhen Liu, lead author of paper detailing the technology.

The method, termed OnCELISA, uses antibodies attached on specially engineered cell surfaces to capture cytokine molecules before they have a chance to disperse away from the cell.

The secreted messenger proteins such as cytokines are reported, at the single cell level, by using fluorescent magnetic nanoparticles.

Cytokines secreted from cells play a critical role in controlling many physiological functions, including immunity, inflammation, response to cancer, and tissue repair.

The OnCELISA system can be used for ultrasensitive monitoring of cytokine release by individual cells, and it can also help discover cell populations with therapeutic value.

“The ability to identify and select cell populations based on their cytokine release is particularly valuable in commercial cell technologies and it can help develop unique products, such as future non-opioid pain relief” says Dr Liu.

“Importantly, our design uses commercially available reagents only, so it can be easily reproduced by others,” she adds.

While the published work focuses on specific proinflammatory cytokines IL-6 and IL-1β, the method is potentially suitable for a broad range of other secreted proteins and cell types.

The new technique represents an advance on traditional methods such as the enzyme-linked immunosorbent assays (ELISA) that detect average levels of secreted molecules from cell ensembles.

The OnCELISA takes the ELISA approach to its absolute extreme, by detecting cytokines on the surface of individual, single live cells.

The publication has been reported by prestigious iScience journal.

Professor Ewa Goldys is a Professor in the UNSW Graduate School of Biomedical Engineering and founding Deputy Director of the ARC Centre of Excellence for Nanoscale Biophotonics.

The project was conducted through the ARC Centre of Excellence for Nanoscale Biophotonics with researchers from Macquarie University, RMIT University, the University of Adelaide and the South Australian Health and Medical Research Institute contributing to the project.

The Centre for Nanoscale BioPhotonics (CNBP) is an Australian Research Council Centre of Excellence led by the University of Adelaide, with research focussed nodes also at Macquarie University, RMIT University, Griffith University and UNSW. A $40m initiative, the CNBP is focused on developing new light-based imaging and sensing tools, that can measure the inner workings of cells, inside the living body.