Engineering antibodies for diagnosis and immunotherapy 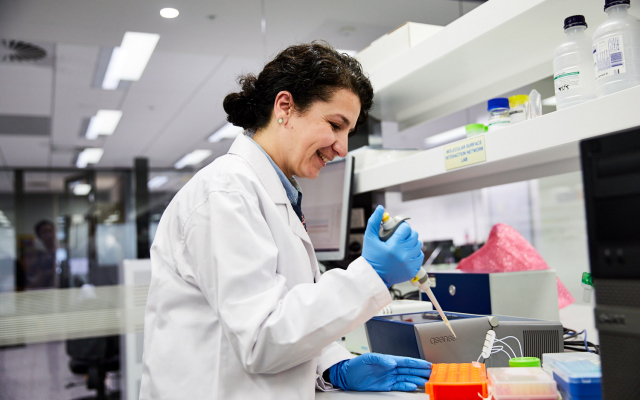 Professor John Whitelock is improving the smarts of antibodies and sending them into the extracellular area to outwit those clever cancer cells.

The use of antibodies in cancer therapeutics has gone in and out of favour in the 25-odd years since scientists started investigating them. But according to Professor John Whitelock, from the UNSW Graduate School of Biomedical Engineering, there has been a monumental resurgence in interest, and this time it’s here to stay.

“Back in the 1980s and 1990s, antibodies were being referred to as ‘the silver bullet’, and there was a lot of hope for them. But they fell out of favour because the ways they were created, in animals, didn’t transfer effectively to cancers in humans,” Whitelock says.

This changed when biotechnology companies discovered methods to ‘humanise’ antibodies, through antibody engineering and today, one of Whitelock’s primary interests is the use of antibodies as tools to bind specific proteins in tissues, blood, urine and plasma for diagnostic purposes. Of great interest are the antibodies that bind to the extracellular environment i.e. the proteins in and around cells, and that form the structure of tissues.

“We’re interested in these particular antibodies because they bind to different regions within a protein and might tell us whether a tumour is forming, or another disease is occurring,” he says.

This hunch has come some way towards being proven in a recent research project on the use of antibodies to diagnose pancreatic cancer, in collaboration with the Garvan Institute of Medical Research. The ground-breaking study, headed by Associate Professor Paul Timpson and published in 2019 in Nature Communications, reported that the tissue around pancreatic cancer cells may be the key to stopping the spread of the cancer, in addition to improving chemotherapy outcomes.

“Pancreatic cancer is incredibly aggressive and by the time a case has been diagnosed the prognosis is poor. This research is important because we really need to understand the specificity of the antibodies to diagnose, particularly in the case of aggressive cancers. The earlier the diagnosis, the better the outcome,” he says.

“Most people would say that the important thing to study is the cancer cells and the DNA in the cancers, but I’d argue, and the paper argues, that the extracellular environment is just as important, because it can either encourage or discourage the proliferation of cancer cells,” he continues. 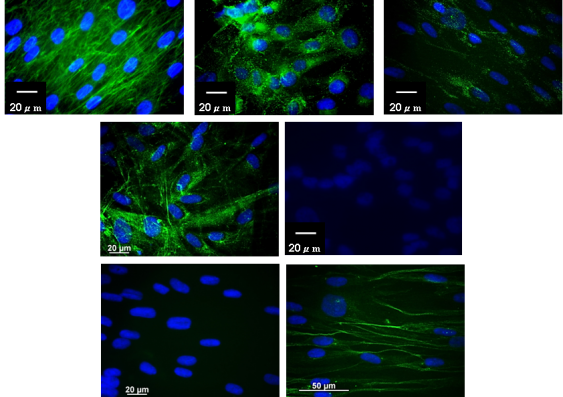 Another key area of interest for Whitelock is immunotherapeutics, which is the use of antibodies to ‘awaken’ the immune system. Immunotherapeutics can be likened to having a super immune cell that can hunt down and treat diseased cells.

“Cancer cells are very clever. They’ve worked out ways to evade recognition by our white blood cells, which are our internal army, if you like. So, we are engineering antibodies that can bind to the cell surface molecules and activate the receptors on the white blood cells,” he explains.

“You can think of it as flicking a switch: you put the antibody in the system, the antibody binds to and activates receptors on the white blood cells, which then go hunting for the tumour cells.”

In other work of international significance, Whitelock’s team is working with companies who have humanised generic antibodies. He describes these as ‘the next wave of immunotherapeutics,’ and says he’ll be working with these companies more and more in the future.

“Antibodies are now being made as generics, which brings the costs down significantly. Our role is to make sure that the carbohydrate structures on these generic antibodies are highly effective and their biological activity for diagnosis is the same as branded antibodies. This will ensure they get the all-important stamp of approval from the U.S regulator the FDA (Food and Drug Administration).”

Although kept busy by his myriad projects, Whitelock has no shortage of ideas for the future and says next steps include using a bank of antibodies, developed at CSIRO, with different extracellular proteins. “We’re going to start exploring the use of multiple antibodies at once to see if this will give us a better and earlier diagnosis than using just one antibody at a time.”

One of the points Whitelock would like to emphasise the most is the collaborative and multidisciplinary aspect of all types of research that involves himself and his team. He says it is vital to have engineers in diverse teams across medicine and science, to really make a difference in the antibody immunotherapeutic diagnostic space.

“I’d like to mention chemical engineer, Associate Professor Megan Lord, and antibody engineer, Dr Zehra Elgundi, as central to the rapid progress of the research. I’d also like to acknowledge the Australian Research Council as a major funding partner,” he says.

“Our collaboration with the Garvan Institute is another great identifier of how biomedical engineers can add significantly to the work being undertaken in medicine and by biotechnology companies. It is a wonderful illustration of how engineers can make a huge difference in future health outcomes.”