Rapid progress for Australia on the UN’s Sustainable Development Goals is possible and could deliver a fairer, greener, more prosperous nation in 2030 – if managed properly – new UNSW research has found. 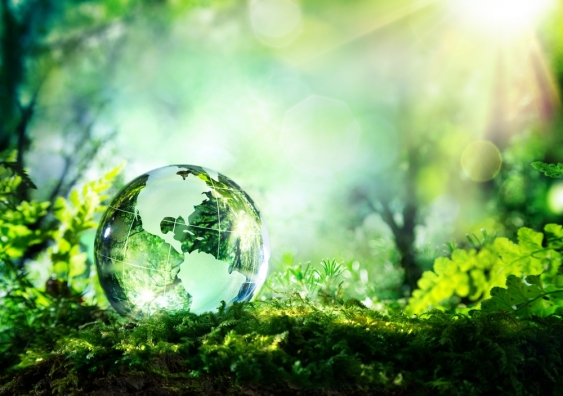 Unless there is a groundswell across Australia towards a more sustainable future, Australia will fail to meet the Sustainable Development Goals (SDGs) by 2030, new UNSW research published today in prestigious journal Nature Sustainability has found.

All United Nations countries adopted the SDGs in 2015 as the central pillar of a global action plan for people, the planet and prosperity by 2030.

The 17 SDGs cover major aspects of economic prosperity, social justice and environmental sustainability, from decent jobs and quality education to good health, clean energy and water, and managing the effects of climate change.

Lead author Cameron Allen, PhD researcher at UNSW Sydney's Faculty of Science, said there was little appetite in the Australian Government to fulfil the SDGs, but greater interest among state and local governments, the business community and civil society could make a difference.

“Our results reveal that if Australia continues business-as-usual, we are off-track to achieving the SDGs in 2030 and would achieve about 40 per cent progress on all SDG targets,” Mr Allen said.

“In terms of the current federal government, I don’t think they’re particularly interested in the SDGs and I think this is definitely a missed opportunity.

“The fixation on a ‘jobs and growth’ agenda – a ‘growth at all costs’ mentality – has been the mainstream discourse in Australia for some time.

“But, there's rapidly growing interest in the SDGs from business and civil society, so I believe our research will generate a bigger impact amongst these communities and ultimately, if there's strong interest from the private sector then this will have a greater impact on government.”

Mr Allen’s co-authors agreed that more should be done to achieve a more sustainable future for Australia.

UNSW Sydney’s Prof Graciela Metternicht and A/Prof Tommy Wiedmann, who supervised the research, said: “There is very little long-term planning for the implementation of sustainable development in Australia.”

The team’s research built upon Mr Allen’s past work with the Australian Government and in the UN.

At the UN, he supported the international negotiations which led to the adoption of the SDGs, as well as the implementation of the SDGs in many developing countries.

With the support of researchers from the Millennium Institute (USA), the paper’s authors devised a series of future scenarios for Australia based on well-known approaches to economic development: Growth at all Costs, Green Economy, Inclusive Growth and Sustainability Transition.

Each scenario adopted a different set of policy and investment settings, such as tax and subsidies, government expenditure and private investment.

The research team used specialised computer modelling to simulate how well Australia would fare in fulfilling the SDGs by 2030 if it adopted each of the different scenarios.

Mr Allen said: “These scenarios essentially explore four alternative futures for Australia in 2030: an Australia that is fairer, greener, neither or both.

“We found that focusing on more rapid economic growth alone delivers little improvement on the SDGs – about 42 per cent fulfilment under ‘Growth at all Costs’ – while inequality and poverty increase, improvements in life expectancy are slower, and greenhouse gas emissions accelerate.”

Importantly, the research showed that rapid progress on the SDGs was there for the taking: 70 per cent fulfilment of all SDG targets was made under the “Sustainability Transition” scenario.

The UNSW researchers found that this scenario was feasible and would not cost the economy.

The authors noted: “GDP growth overall is lower, but GDP per capita is higher, along with higher income equality, reduced poverty and lower greenhouse gas emissions.

“Although, there are trade-offs to weigh up and manage; for example, government debt is higher in the Sustainability Transition scenario.

“But, by integrating economic, social and environmental objectives, the SDGs provide us with a coherent framework to support these decisions.”

Mr Allen said there would be bigger gains for Australia if we addressed the goals together as a nation.

“However, bridging the gap between 70% progress and actual fulfilment of the SDGs will be extremely challenging and require much deeper transformations,” he said.

Why the Sustainable Development Goals are important

Mr Allen said the paper’s authors emphasised the international and domestic significance of the SDGs.

“Globally, the SDGs are important because we’re faced with the challenge of meeting the needs of a growing population of about nine to 10 billion people by 2050 in terms of employment, income, energy, food, water, minerals and other materials while keeping resource consumption and environmental impacts within our planet’s natural limits,” he said.

“The SDGs are highly relevant for Australia because they present a number of benefits and opportunities and, having agreed to them in 2015, there is an expectation and obligation on Australia to take them seriously and undertake progress reports.

“Our so-called ‘lucky country’ has enjoyed 28 years of uninterrupted economic growth – but few people are aware that future generations of Australians face the prospect of being worse off as a result of rising inequality, persistent poverty, cost of housing and living pressures, environmental degradation and climate change.”

Previous assessments of Australia’s progress on the SDGs have highlighted strengths and weaknesses for Australia, as well as priorities where our performance lags – such as climate action, wealth inequality, persistent poverty, and cost of living pressures.

A Senate Inquiry into the implementation of the SDGs in Australia, which reported early this year, found that the SDGs aligned with Australia’s values and offered opportunities for improving the lives of Australians being left behind – such as Indigenous Australians, people with disabilities, and young people.