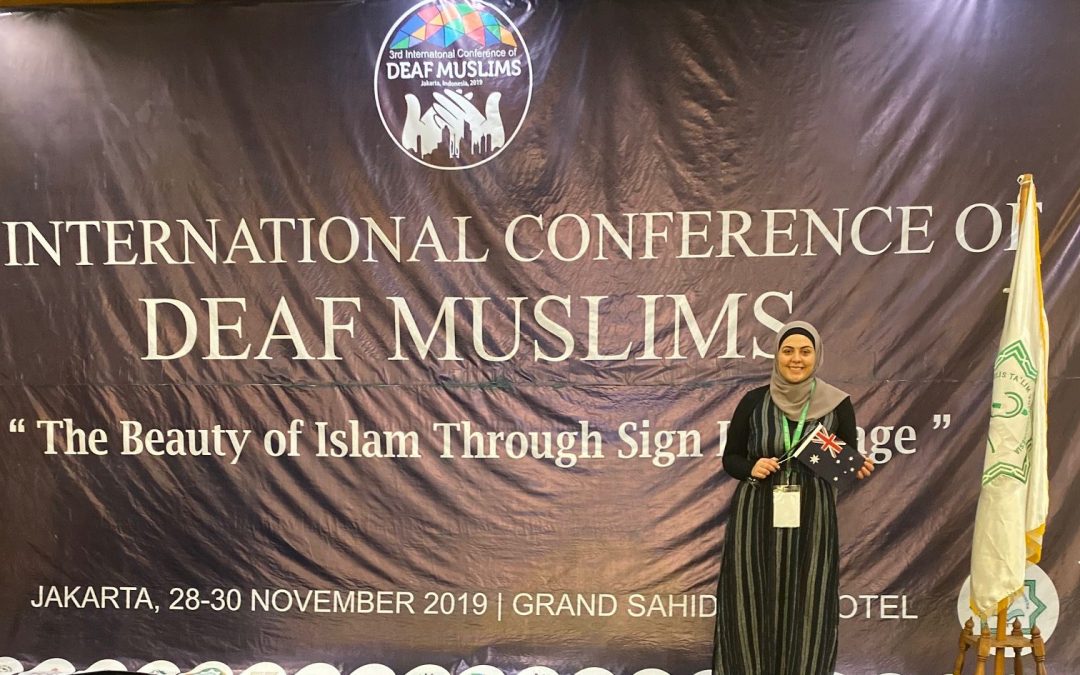 Ayah Wehbe, Research Assistant and Scientia PhD Candidate with the Social Policy Research Centre, has had the honour of representing Australia at the Deaf Muslim Congress, held at the 3rd International Conference for Deaf Muslims in Jakarta.

Ayah also had the privilege of opening the conference after the keynote speaker was not able to attend. “I was so nervous!”, said Ayah.

Ayah spoke about her research and PhD topic which is focusing on the identity and belonging of Muslim women with hearing loss in Australia. “I was told that my topic is important for the world, not just Australia. There is almost no research focusing specifically on deaf and hard of hearing Muslim women and their lived experiences”.

Travel to the conference was made possible by Ayah’s Scientia PhD Scholarship, which also covered flights for an Auslan interpreter to travel with Ayah. “My Auslan interpreter was such a great support. She knows about four different sign languages!”, said Ayah.

Ayah is now looking forward to attending a 6-day workshop in Washington DC in August 2020 to discuss universal Islamic signs and sign language. “Similar to international sign, which has some signs used and understood by people around the world, they will invite deaf Muslim communities around the world to develop universal signs for Islamic words and phrases”, explained Ayah.