With many interests and talents to choose from, Brandon Jack has decided to focus on being a writer. 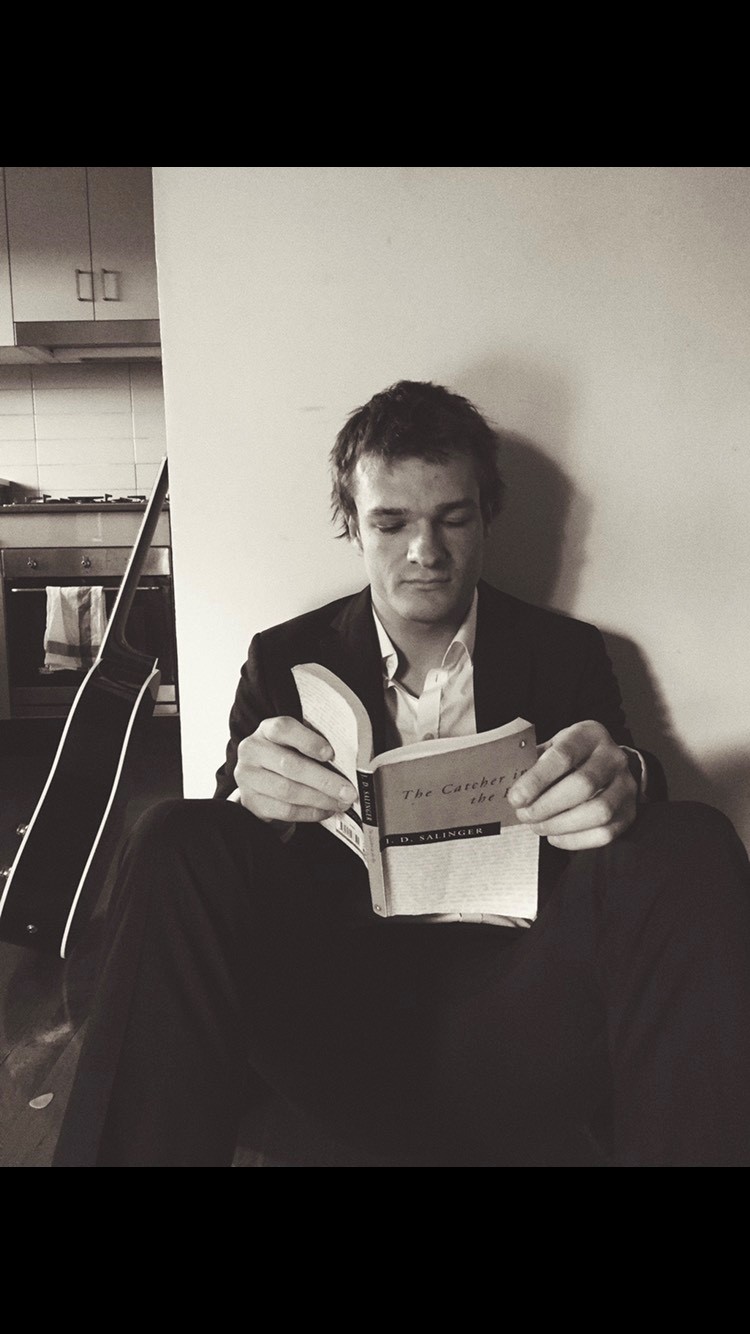 Brandon Jack is busy. He played for the Sydney Swans from 2013 to 2017 and, this year, has been writing regularly for the Sydney Morning Herald. His first book and his first full release with his band, The Artifacts, are being released around the same time in early 2020. Oh, and then there’s the Bachelor of Arts with a Sociology major (Creative Writing minor) he’s doing at UNSW Sydney.

“It’s taken some time, but I am finally studying areas I enjoy and am genuinely interested in,” Brandon says. “Arts is for me, because it’s broader than most other degrees. I enjoy learning about a range of areas and I really hate being pigeonholed into a narrow field.”

While Creative Writing might be an obvious choice, Brandon says he chose a Sociology major because he “has always had an interest in why the world is the way it is, and more specifically, how people interact with each other.

“I think everything can be viewed sociologically. Even going out to nightclubs is fascinating to me, because you see the same patterns of behaviour time and time again. Or I notice how my mates change when I’m one on one with them versus how they talk in front of a bigger group of guys. I find it all so interesting.”

Brandon is already putting both his degree major and minor to good use in his pieces for the Sydney Morning Herald. It might come as a surprise to some that his writing has strong themes of inequality and support for human and women’s rights.

“I was one of those who wasn’t aware of the issues a lot of people face,” he says. “I was unaware of my own privilege.

“I’ve met some incredible people over the past few years and have learnt so much from the things they have been through. I'm very aware I have a voice and a platform, and I want to use that to get across the words and messages of people who should be heard.”

While Brandon did well at school and was really proud of his ATAR – and still is – he says what really matters is what you do with that mark.

“Throughout Years 11 and 12, like many, I became obsessed with getting a good ATAR. Whenever I got a mark, I'd figure out the weighting and would ask around the yard to see where I ranked. I'd then go home and put my results in the online ATAR predictors. But when I was asked what I wanted to use my ATAR for, I didn't have an answer. In fact, I had no idea.”

When it came time for Brandon to enter his uni preferences, he didn't think about what he was interested in, or what he wanted to be, because back then he didn't really know.

“Instead I used this backwards logic where I looked at my ATAR estimate and matched it to the closest possible course, then decided that was the degree for me.”

The "backwards logic” of putting his mark before his interest led to what Brandon calls a lot of “degree hopping” and made him overlook where his true passions lie.

“At 18 years of age, we are faced with a seemingly life-defining choice and feel like we have to come up with the answer right then and there. Some might truly know where their future lies, but a lot won't have any idea, and that's completely fine. Sometimes it takes time, a bit of life experience and a few degree changes to figure it out.”

Trying to balance the Sydney Swans and study

Brandon started playing competitive rugby league when he was just five years old. Tagging along with some of his cricket mates, he made the switch to AFL as a teenager. In 2013, he was listed as a rookie with the Sydney Swans – the team his older brother Kieren played for and was co-captain of from 2013 to 2016.

Brandon recalls that, after starting his studies at UNSW in 2014, he didn’t juggle football and University as well as he could have.

“I thought, if I was doing anything off the field, it might distract me from my training. I look back now and realise I could have easily been doing more during that time – and the Uni was always really flexible and accommodating to its elite athletes.

“I was just so overly obsessed with my football. I wasn’t cemented in the Swans team; I was always on the edge. Because I was so determined to change that, I neglected my studies for a while.”

What does the future hold?

In early 2020, Brandon’s book will be published by Allen & Unwin. He describes it as “blurring the lines between a memoir and cultural analysis”.

“It’s a pretty raw and honest account of my life so far, which up until a few years ago was very typically male. I always wanted to be the drunkest guy at a party, or the guy who talked to the most girls.

“I try and make sense of the world by looking at some of the stories from that time in my life. I guess I use what you could call my ‘sociological understanding’ to decipher what was happening, why it was happening and what the implications of all that is.”

Also, in early 2020, Brandon’s new music project, The Artifacts, will be releasing an EP or an album – he’s not sure which yet. And while he doesn’t like to talk about genre because “it’s limiting”, he admits it’s a mix – “some garage rock, some acid house”.

“With music, I'm more about the sound of it. Not everything means something,” he says. “I use music as the time to switch off the part of my brain that has to think and analyse all the time.”

While he might not be analysing while writing and singing music, the literary world isn’t ever very far away. Brandon says that sometimes he wonders what his “favourite character of all time” – Holden Caulfield from The Catcher in the Rye – would have sung if he was a musician.

Find out more about studying a Bachelor of Arts at UNSW.