From autonomous robots to driverless cars

We catch up with alumnus Dr. Sean Harris who lives in San Fran working for Cruise where he leads a team of 50 people who work on perception and prediction. 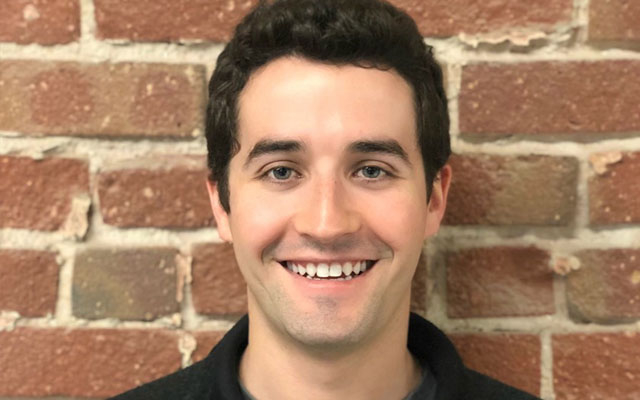 In 2014 Sean Harris led UNSW’s Robocup Team that won for the first time in over 10 years. Fast forward six years, and he’s now living in San Francisco working as a Senior Manager for Cruise - a self-driving car company mostly owned by General Motors which has raised $7 billion in capital and has a 1,600 plus person team.

Cruise’s mission is to deploy driverless vehicles at scale, which could ultimately give people back their mobility and even save lives.

At Cruise, Sean leads a team of 50 people who work on perception and prediction, including everything from sensor data processing, object detection, sensor fusion, object tracking, and intent prediction.

We hear from Sean about how his journey at UNSW has helped him get to where he is today.

Since completing your PhD in Machine Learning, you’ve been working at Cruise. Can you tell us about your roles and career there? What have been your major successes?

I have been very fortunate to get significant opportunities for growth during my time at Cruise, which has allowed me to grow into a leadership role faster than I expected.

I have also been fortunate enough to present at some of the largest Machine Learning conferences on behalf of Cruise, including CVPR and NeurIPS. Here's my NeurIPS2019 talk:

While you were at UNSW you were leading CSE’s RoboCup team. How did your involvement in this team help prepare you for the work you do at Cruise?

Robocup was a fabulous learning experience. The problems we were tackling in RoboCup were very similar to the robotics problems in industry, so the skills we learnt transferred very well. The experience leading the team was also great practice for becoming an Engineering Manager down the track. Leading a team to win RoboCup had a lot of similarities to managing a successful team in the workplace.

Why did you choose Software Engineering at UNSW? What were the benefits of completing a PhD?

I chose Software Engineering because I grew up loving computers and technology. My mother was a Chemical Engineer, so engineering also runs in the family. I chose UNSW because I was impressed by the student life experience I saw when visiting universities.

Completing a PhD was very helpful for moving into research; it is like the basic training of research. I learned a lot of skills about how to push the state of the art within an area, formulate and evaluate hypotheses, and other research-specific skills. A PhD opens a lot of doors into industrial research jobs.

What’s your favourite/fondest or most striking memory of studying at UNSW?

So many! Winning Robocup in 2014 for the first time in over 10 years was a huge achievement. I had been working on Robocup for about four years at the time, so winning was a huge payoff for a large labour of love.

I also have a lot of fond memories from CSE Revue and CSESoc. Being Co-President of CSESoc was extremely rewarding, as was helping plan and run the very first CSESoc First Year Camp.

What advice would you give to other students who are just starting their degree in Software Engineering?

Get involved in society life as much as you can. Software Engineering gave me a great foundation of technical skills, but taking leadership roles in CSESoc and CSE Revue taught me a lot about leadership, people management and the general soft skills that are critical for career success. Society life is also lots of fun :)

What character traits/skills do you think are important for engineers to cultivate?

I think there are a couple of skills worth cultivating. One would be curiosity. There is always so much to learn about, and genuine curiosity is critical to continue learning and growing. A growth mindset, where you are always looking to improve, will never let you down. The other is empathy. Nobody is talented enough to solve the most important problems by themselves, so teamwork is critical. An important piece of teamwork is being able to empathise with others, understand their perspective, and work out how to get the best out of everyone on the team. A high-performance team can conquer just about any problem they encounter!

The problems we were tackling in RoboCup were very similar to the robotics problems in industry, so the skills we learnt transferred very well.