Hungry galaxies grow fat on the flesh of their neighbours

Big galaxies get bigger by merging with smaller ones, modelling has shown. 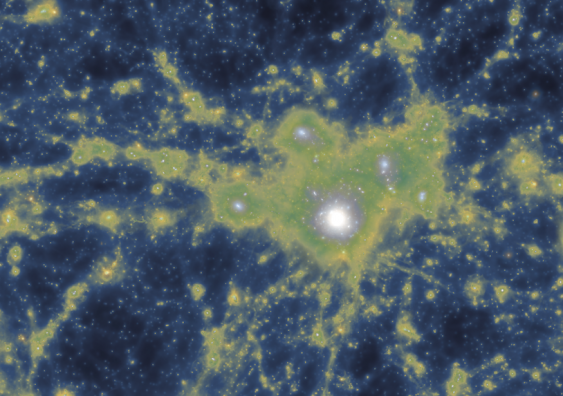 Exactly how massive galaxies attain their size is poorly understood, not least because they swell over billions of years. But now a combination of observation and modelling from researchers led by UNSW’s Dr Anshu Gupta from Australia’s ARC Centre of Excellence for All Sky Astrophysics in 3 Dimensions (ASTRO 3D) has provided a vital clue.

In a paper published in The Astrophysical Journal, the scientists combine data from an Australian project called the Multi-Object Spectroscopic Emission Line (MOSEL) survey with a cosmological modelling program running on some of the world’s largest supercomputers in order to glimpse the forces that create these ancient galactic monsters.

By analysing how gases within galaxies move, Dr Gupta said, it is possible to discover the proportion of stars made internally – and the proportion effectively cannibalised from elsewhere.

“We found that in old massive galaxies – those around 10 billion light years away from us – things move around in lots of different directions,” she said.

“That strongly suggests that many of the stars within them have been acquired from outside. In other words, the big galaxies have been eating the smaller ones.”

Because light takes time to travel through the universe, galaxies further away from the Milky Way are seen at an earlier point in their existence. Dr Gupta’s team found that observation and modelling of these very distant galaxies revealed much less variation in their internal movements.

“We then had to work out why ‘older’, closer big galaxies were so much more disordered than the ‘younger’, more distant ones,” said second author ASTRO 3D’s Dr Kim-Vy Tran, who like Dr Gupta, is based at UNSW.

“The most likely explanation is that in the intervening billions of years the surviving galaxies have grown fat and disorderly through incorporating smaller ones. I think of it as big galaxies having a constant case of the cosmic munchies.” 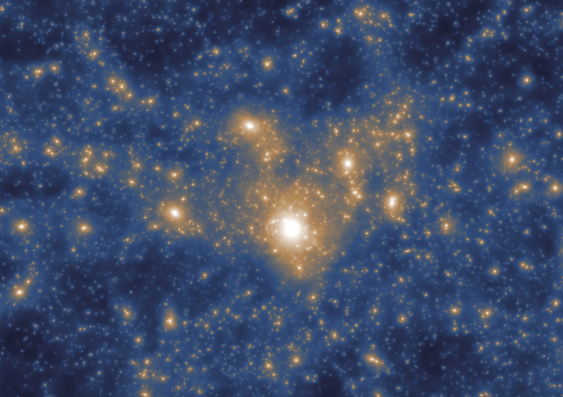 Distribution of dark matter particles around the galaxy. Big galaxies have been eating the smaller ones, this piece of research shows.

The research team – which included scientists from other Australian universities plus institutions in the US, Canada, Mexico, Belgium and the Netherlands – ran their modelling on a specially designed set of simulations known as IllustrisTNG.

This is a multi-year, international project that aims to build a series of large cosmological models of how galaxies form. The program is so big that it has to run simultaneously on several of world’s most powerful supercomputers.

“The modelling showed that younger galaxies have had less time to merge with other ones,” said Dr Gupta.

“This gives a strong clue to what happens during an important stage of their evolution.”