Study and work in Asia for 19 months with a $67,000 New Colombo Plan scholarship

This scholarship was invaluable to my professional development and allowed me to experience first-hand the expatriate lifestyle that I could one day have working in Asia, says a UNSW Business School student. 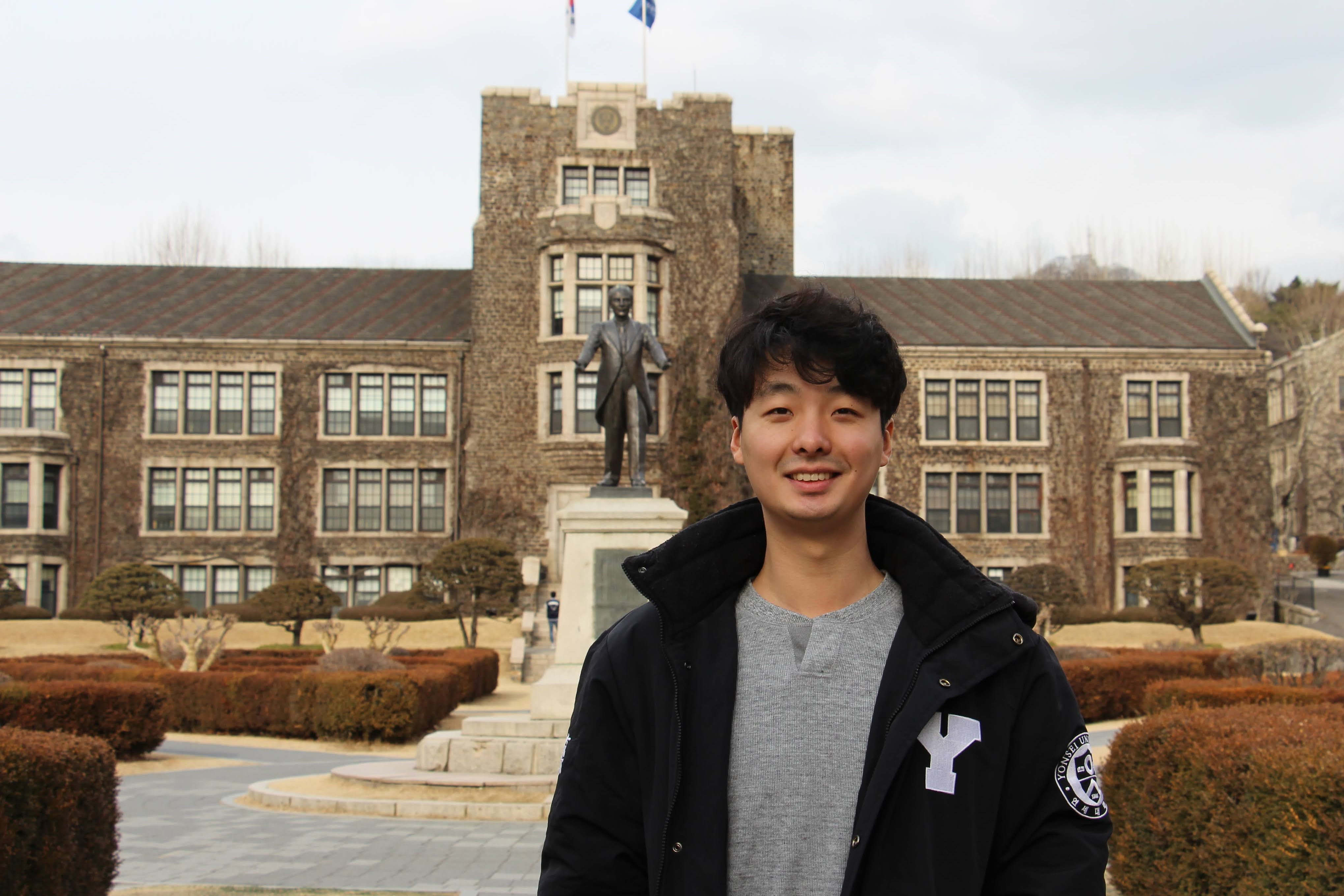 Stanford Lee, a UNSW Business School student and recipient of the 2018 New Colombo Plan scholarship states that the program is much more than just an exchange program abroad.

"I think a lot of people perceive the scholarship as a means to study abroad. But actually, it's about internationalising the outcomes of work experience and unique networking opportunities," he says.

"It offers a fantastic platform for Australian students to explore the breadth of opportunities in Asia by taking a break from their regular studies to fully immerse themselves in new cultures, learn a new language, and apply their academic learnings to practical use through international internships."

Passionate about advancing Australia's relationships within the Asia-Pacific region, Stanford took full advantage of the scholarship and began his program by studying abroad at Korea University in 2018 and completing intensive language training in Seoul and Busan, later followed by a second semester at Yonsei University in 2019.

"The experiences I had at Korea University and Yonsei University transformed my academic and career trajectory, afforded me unique exposure to different cultures, and allowed me to find a deep attachment to a country that was once foreign."

What the scholarship is really about

"As a scholar, the federal government will provide you with funding based on how long you want your program overseas to be. It's very flexible and you get to build your own tailored program when you go abroad," Stanford says.

"In terms of funding, the scholarship covered my daily expenses, accommodation costs and tuition fees for one of my semesters. Flights were also covered," Stanford says.

While he found his internship opportunities overseas through LinkedIn, networking and direct emailing, Stanford emphasises that a proactive mindset is key.

"The program is designed for self-starters and the scholarship's potential is what you can make of it. The greatest value of the New Colombo Plan scholarship is the freedom to make your program whatever you want it to be, combined with the generous financial support given to you by the federal government," he says.

"If given the opportunity, I personally believe that it is absolutely worth delaying your graduation to take a gap period of up to 19 months – as I've done – to participate in the program. It is a great opportunity for you to really challenge yourself and accelerate your personal growth at an exponential level."

Learning a new language in a foreign environment certainly helped him develop his cross-cultural communications. In 2019, he was selected as the exchange ambassador for Korea University Business School which saw him deliver a keynote speech at the exchange orientation ceremony to inspire students to make the most of their experience abroad.

Stanford also lived and worked in Singapore and Japan for more than eight months, completing internships with PwC in Singapore as a consulting analyst and with Fidelity Investments in Japan as an equity research analyst.

"The opportunity that the New Colombo Plan Scholarship gave me to diversify my scholarship program across multiple countries has helped augment my personal development with a greater range of intercultural experiences," he says.

"Working in Singapore and Japan has given me the unique opportunity to experience life as an expatriate in two of Asia's most developed economies – teaching me unexpected life lessons like learning how to make friends while working in a non-English-speaking country, how to rent an apartment in a country that I never visited before to making the most out of the transitory expatriate lifestyle."

From his experience working at PwC Singapore, Stanford gained real-world exposure to a career in business strategy. He was given the responsibility of a full-time consulting analyst over the course of five months and worked on growth strategy and market expansion projects as part of a multicultural, multi time-zone team – an experience that gave him practical exposure to cross-cultural working dynamics.

He also co-authored a PwC whitepaper on the future of manufacturing in China which was published as part of an industry summit chaired by the United Nations.

"Such experiences gave me the chance to learn through a cross-cultural lens and understand differences in working cultures, social etiquette and communication styles unique to each country," he says.

"They were invaluable to my professional development, teaching me how to work and thrive autonomously in the face of unfamiliarity as well as helping me develop cross-cultural sensitivity and enhanced communications skills."

In addition to work experience, the New Colombo Plan offered Stanford the opportunity to attend and participate in a number of exclusive Australian Government-related events while overseas.

He attended consular and NGO events in both South Korea and Singapore which included visits to the Australian Embassy in Seoul, networking sessions with the Australian Chamber of Commerce in Korea, having lunch with the Australian High Commissioner to Singapore Bruce Gosper at a hawker centre in Singapore, and starring in a promotional video filmed by the Department of Foreign Affairs and Trade in Seoul.

During this scholarship program, Stanford also became a New Colombo Plan Alumni Ambassador and had the opportunity to meet other scholars, national business leaders, as well as high-level governmental figures including the Korean Ambassador to Australia, Baek-Soon Lee.

A key highlight for Stanford was how this scholarship allowed him to learn more about Asia and the different industries, markets, and possibilities for career progression overseas.

"Participating in this program opened new doors to graduate opportunities and has reshaped the way I looked at my career trajectory," he says.

Through the program, Stanford discovered the abundance of job opportunities in Asia – something that students in Australia are largely not aware of or don't know how to tap into.

An example is cross-border entrepreneurship and venture capital in East Asia which Stanford is looking to take up once he graduates; whether that be working directly in Asia or working with an Asian firm that is based in Australia.

"Personally, this program was really helpful because I learned a lot about the cultural interconnectedness of East Asia – how much Korea is connected to Japan and China in terms of history and language," he says.

Stanford is currently completing his Bachelor of Commerce/Economics at UNSW Business School and was named a Top 100 Future Leader by the Australian Financial Review in 2018.

The New Colombo Plan is an initiative launched by the Australian Government aiming to support Australian undergraduates to study and undertake internships in the Indo-Pacific region.