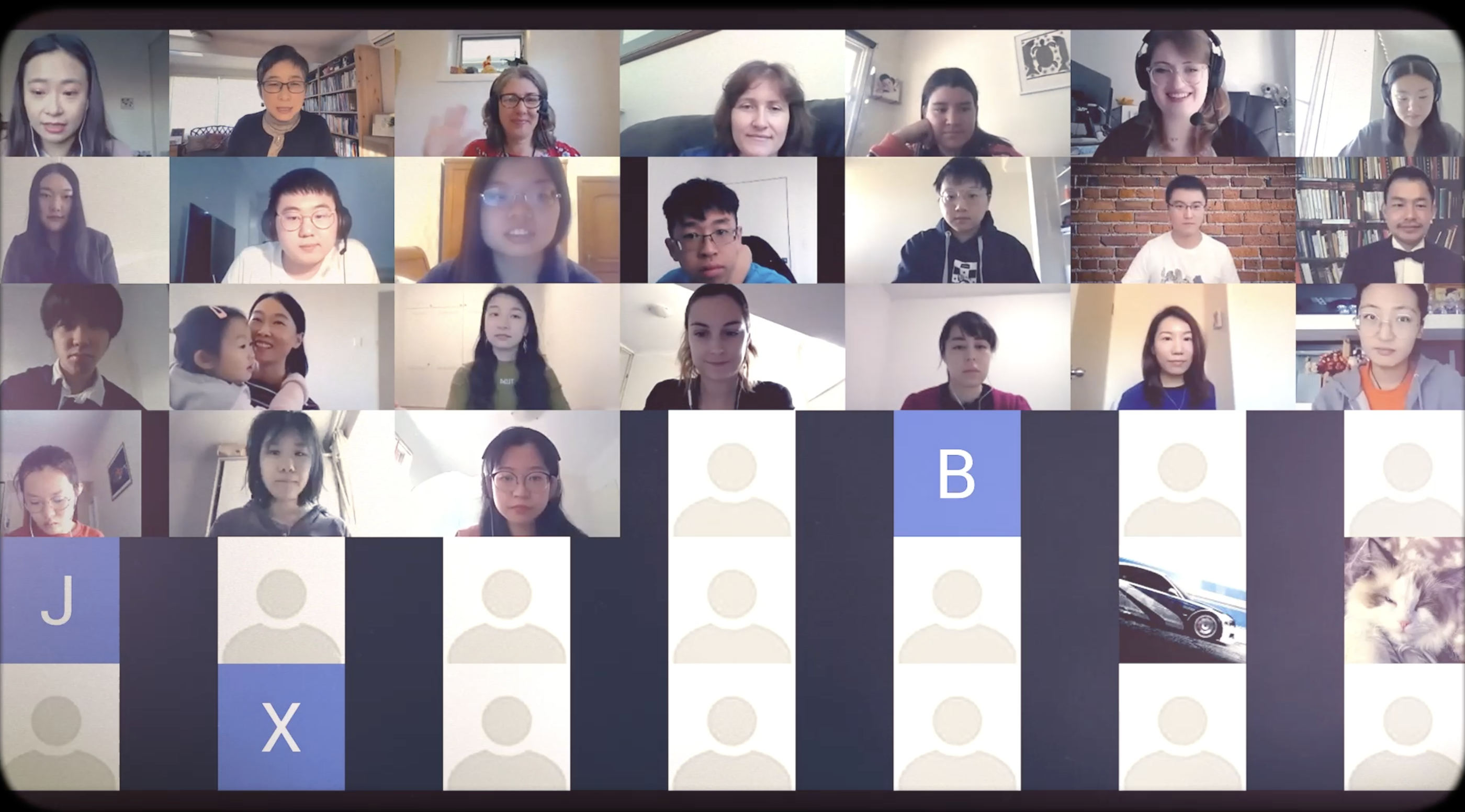 UNSW student Han Li managed to keep studying even as she transitioned between three countries to arrive back in Australia during the pandemic.

The UNSW Arts and Social Sciences student was one of about 86 people from Australia and China who Zoomed into their first online Personalised English Language Enhancement (PELE) Learning Festival in April.

PELE was created by UNSW Associate Professor Mira Kim as a way to motivate international students to strengthen their English communication skills in a fun, caring, social and supportive environment.

The students opened the online festival by reciting a poem by Pat A. Fleming before each sharing their learning highlights from the project they had been working on throughout the term.

Ms Li, who is studying a Masters of Translation & Interpreting, says she received most of her course material and assignments online during various phases of self-isolation.

She spent 14 days in quarantine in Sydney after arriving via two weeks of self-imposed isolation in Thailand and about six weeks of lock-down in northern China, she says.

She only wanted to visit her family for a couple of weeks in Shandong Province during the Lunar New Year but got caught up in the COVID-19 situation, she says.

“I felt relieved when it was all over,” she says of being able to depart her Sydney hotel on March 30.

For Ms Li’s project, titled ‘How about being your own audience’, she summarised articles, analysed political cartoons, imitated language expressions from TED Talks, and kept a video diary.

She says the video diaries improved her communication skills and mental health, as the COVID-19 situation developed.

“It did help me lift my mood,” she says. She saw improvements in her body-language and outlook on life as a result of being more self-aware in the weeks she undertook the task, she says.

“When you force yourself to focus on the positive aspects of life, your emotions will be regulated better by your brain,” she says.

Ms Li says the course gave her the confidence to speak in public and helped her realise the importance of making mistakes.

“The moment we are not afraid to ‘lose face’ is the real start of learning a new language,” she says.

“Then you have the guts to express yourself, exchange ideas, meet new friends and then you will see even more progress.” The Dean of UNSW Arts and Social Sciences, Professor Claire Annesley, also attended to lend her support for the course and share a story about her time as an exchange student in Germany during her 20s.

“I remember that feeling of being with a group of German students and not understanding a word they were saying,” she said.

Prof. Annesley said she set herself the goal of being able to understand the people she was mixing with by the end of the year. “It happened much sooner than I thought.”

“But what I love – and I’ve seen Mira [who convenes the PELE course] reaching for the tissues and I’ve been the same – is your ability to support each other throughout,” she said to the students.

“It’s also the way you are challenging yourselves – the progress you’ve made and the joy you’re gaining from this experience is absolutely inspiring.”

Marketing student Amita Wu, from the UNSW Business School, was also among those who presented their projects at the PELE Learning Festival. Ms Wu says she turned to English-speaking films to help improve her rhythm and schwa.

“I did this by imitating the daily language expressions of the movie characters then trying some of these methods among my foreign friends,” she says of her project titled ‘Always Keep the Faith’.

As for the switch to learning online, Ms Wu says she felt sad at first because she knew she’d miss being among her peers.

But she says the extra time meant she could work more on the project and it also gave her greater flexibility to arrange her life around her studies.

“I am grateful that even during the pandemic situation, Mira, Jaqi, Long, Camille and all of the PELE mentors could still deliver us lessons as usual,” she says.

The prospect of a Zoom festival initially seemed unexciting to Masters of Translation and Interpretation student Han Li, but the reality proved otherwise.

“I thought using Zoom for this meeting would be difficult and boring,” she says.  “However, it turned out to be an interesting one, making me feel like a Youtuber with a big audience.”