There is a vacuum within the legal profession that allows sexist, racist and other troubling conduct to go unaddressed. This must change. 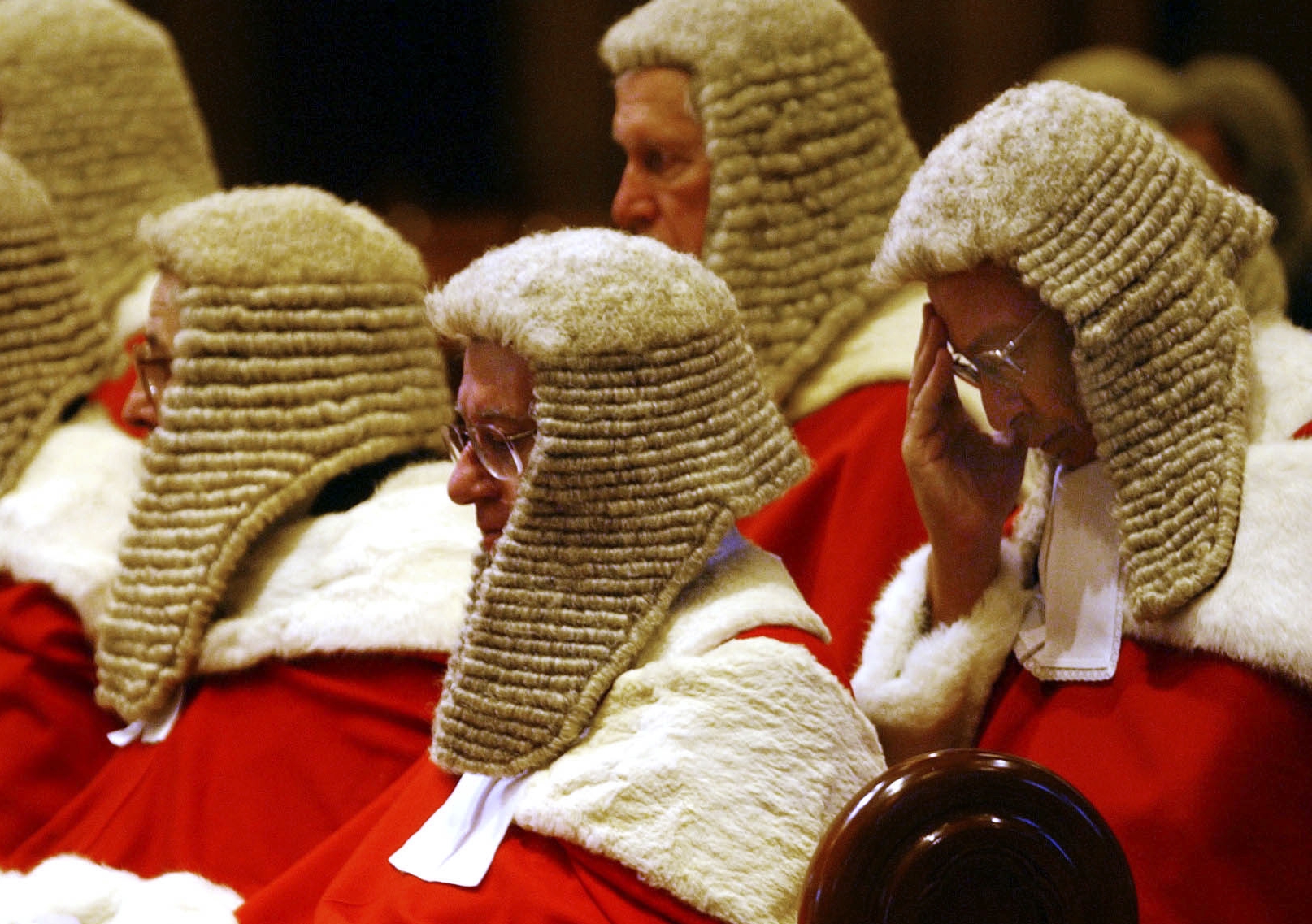 As a female legal academic, former practising lawyer, and judge’s associate, I hope the explosive allegations raised by the inquiry into former High Court judge Dyson Heydon will create the Australian legal profession’s #metoo moment. It is my professional culture. I have lived it and observed it. We need a moment to expose, examine and fundamentally change a culture that tolerates sexual predation.

In addition, as a legal academic who has studied the systems for complaints against judges for almost a decade, I also hope that these allegations provide a long-awaited catalyst for fixing the larger accountability vacuum that still yawns over the Australian federal judiciary.

It is a vacuum that has allowed sexist, racist and other troubling conduct to go largely unaddressed.

The complaints against Dyson Heydon and the High Court’s response 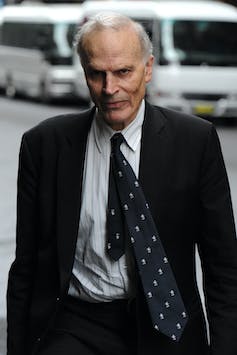 As Chief Justice of the High Court Susan Kiefel explained in her statement, the complaints against Heydon by his former associates were investigated by an administrative inquiry that had to be specially set up for the task. The inquiry’s six recommendations, all of which the High Court has indicated it will adopt, were tailored to redress the particular position of power held by a judge over an associate.

These changes are needed. The judge-associate relationship is one in which there is a particularly strong power imbalance, held as it is between a senior legal practitioner and someone just entering the profession.

It is both professional and deeply personal. In addition to being their associate’s boss and often their mentor, judges will spend long hours alone with their associate. They often dine and travel together, and there are expectations for the associate to attend social functions with the judge.

The status of judges

However, the further investigations by journalists Kate McClymont and Jacqueline Maley into Heydon’s conduct towards members of the legal profession and the judiciary demonstrate the unique and privileged position of judges extends beyond the judge-associate relationship. It cuts through an entire profession that is based on relationships and hierarchy.

Through his lawyers, Heydon told the SMH he emphatically denies the allegations.

Judges occupy an extraordinary, status-based position within the legal profession. In all contexts - including private ones - deference is accorded to judges by lawyers who may have to appear before them. Deference is displayed to higher court judges from those in lower courts whose judgments might be overturned by them. It is displayed from legal academics, who hope their work might be influential to their legal thinking. And the whole legal profession feels the responsibility for maintaining the idea that judges are of the highest integrity, in order to justify the level of power they wield in public life.

Complaints against judges – the status quo

At the federal level in Australia, there is no independent regulatory mechanism to deal with complaints that are made against judges – be they related to sexual misconduct or other forms of misbehaviour.

That’s not to say there aren’t many ways in which the judiciary are accountable – including through the appeals process, the principle that judicial proceedings are conducted in public (although the extent to which this has been able to be maintained during the coronavirus crisis has highlighted weaknesses), and of course as individuals through the criminal justice system.

Under the current system, complaints against individual judges must be made either to the attorney-general or the head of jurisdiction (that is, the chief justice or judge) of the relevant court.

If a complaint is made, investigated and found to be substantiated, there is no penalty available short of removal of the judge. Rather, the chief justice might recommend the judge undertake counselling, or training, or reassign them from sitting on certain cases, or from sitting on any cases.

Unlike, for instance, the legal or medical professions, or the public service, these avenues for accountability are not designed to provide an independent, standing institutional response when an individual has a complaint about the conduct of a judge — be that on or off the bench.

Removal of a judge can only occur if both houses of parliament agree to it. It is an all-or-nothing option subject to partisan influences, political opportunism and argy-bargy. There has never been a federal judge removed in Australia. The closest we got was the inquiries into the removal of Justice Lionel Murphy in response to allegations in the 1980s that he had attempted to pervert the course of justice.

It is an interesting thought experiment to contemplate whether, had Heydon been a sitting High Court judge, the allegations against him would have been enough to have him removed from the bench. Maybe.

But what about if there were a similar suite of allegations against a lower level judge? Would that have been sufficient? It would, I think, depend on the extent of media coverage, the people involved and the general political context at the time the allegations were made. And it shouldn’t.

Misconduct in the judiciary

This is not to say there are pandemic levels of misconduct within the judiciary. But there are sufficient levels to require an institutional response. The allegations against Heydon provide us with but one recent example. There are myriad others.

For months, there was no institutional response to the conduct of these two judges. This was despite a number of complaints, including from the Law Council of Australia. Finally, the chief judge of the Federal Circuit Court, Will Alstergen, indicated that the judges had agreed to undertake mentoring. He also defended the current Federal Circuit Court complaints procedures.

Also last year, a Northern Territory judge, Greg Borchers, was found to have made comments that contained negative racial stereotypes. It was conduct the then Law Council of Australia President Arthur Moses branded “disparaging, discriminatory and offensive, insulting and humiliating to Indigenous Australians based solely on their race”.

This notwithstanding, Chief Judge Elizabeth Morris said that in the absence of a complaints framework, she could impose no sanctions. In the fallout from this episode, the chief justice of the Northern Territory, Michael Grant, called for an overhaul of the regulatory framework.

Attempts at reforming the status quo

Some states and territories have implemented independent complaints mechanisms to deal with misbehaving judges.

New South Wales was the first to introduce a Judicial Commission in 1987. Under its model, after an investigation, complaints are still either referred to parliament to contemplate removal, or to the chief justice to deal with as an internal issue for the court, according to the traditional process.

South Australia, Victoria and the Australian Capital Territory have now all adopted their own versions of an independent commission or commissioner, and one is said to be introduced into the Northern Territory this year.

In 2012, efforts were made to formalise the mechanism for investigating complaints at the federal level. However, these fell far short of establishing an independent commission. Indeed, they merely formalised the status quo and the responsibility of the chief justice for receiving, investigating and resolving complaints.

Serious complaints are referred to the attorney-general and dealt with by the parliament if they consider the seriousness warrants it. There is a process in place to allow for a parliamentary committee to be established to investigate further if desired. 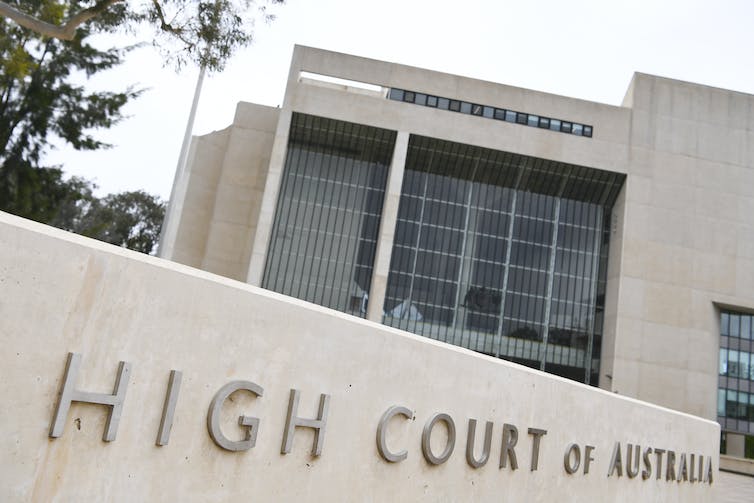 The High Court is currently exempt from any formal complaints mechanism. AAP/Lukas Coch

In any event, the High Court was exempt from the 2012 changes, on the basis that the High Court occupies a “special position”, and that - because the High Court sits at the apex of the judicial system - it may be called on to determine the constitutional validity of any oversight mechanism.

The allegations against Heydon demonstrate a pressing need for a deep cultural change within the Australian legal profession. But they also demonstrate the uniquely privileged status of judges, and the need for an independent, standing complaints mechanism for the federal judiciary. Any oversight mechanism must extend to the High Court, and should also cover the conduct of former judges, who continue to enjoy an elevated status within the legal profession.

A standing, independent complaints body with appropriate powers would ensure there is a place for complaints to be received, the capacity to investigate them properly, and an independent body to impose penalties should misconduct be found. This would address the poor public perception of the judiciary monitoring the judiciary, concerns that the responses of the head of jurisdiction are too soft, not to mention the challenges if the allegations are made against the chief justice himself or herself, which is not without precedent.

It would avoid the accusation, made on Heydon’s behalf by his lawyers, that the process undertaken in his case was “conducted by a public servant and not by a lawyer, judge or a tribunal member”, without “statutory powers of investigation and of administering affirmations or oaths”, and that it may have failed to accord procedural fairness.

Certainly, such a mechanism must preserve judicial independence and be designed with appropriate caution. It must respect the separation of powers between the judiciary, the government and the legislature.

Such a design is not impossible. There are blueprints across the world – in Canada, the United Kingdom and increasingly in the Australian states and territories.

In the face of the allegations and findings of misconduct that have arisen against federal court judges in the last two years alone, the absence of such a mechanism is indefensible.