Professor Walsh helps uncover the story about the true power of AI in an enthralling documentary. 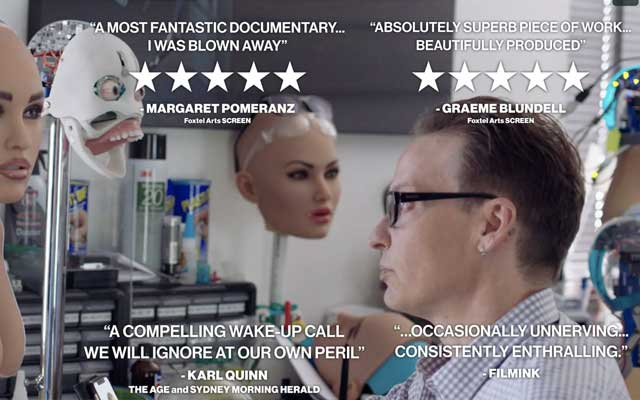 Described by FLIMINK as “Occasionally unnerving…. Consistently enthralling”, the documentary examines the pros and cons of the development of artificial intelligence.

“We’ve never experienced having a smarter species on the planet…. You can’t take something smarter than you back” says the trailer.

Director Justin Krook spent a year talking to experts in the field exploring everything from AI companions to autonomous warfare.

In the film, Professor Walsh says that AI is going to transform almost every aspect of life. “It is hard to think of an aspect of our life that it won’t touch in some way.”

The film is available to Amazon.