An attempt to solve a workplace challenge took an unexpected turn to become a global hit for researchers during COVID-19.

UNSW’s Deborah Lupton had no idea that tweeting her open-source resource about online fieldwork during the pandemic would spawn webinars and be translated into a foreign language.

Such was the thirst for more information from academics around the world on how to conduct field research in this new social-distancing environment.

Professor Lupton shared the Google document, titled ‘Conducting Fieldwork in a Pandemic’, on her Twitter account in late March.

The SHARP researcher from UNSW Arts and Social Sciences is working with Dr Ash Watson and Professor Mike Michael from UK’s University of Exeter on a project funded by the Australian Research Council which looks at how people use digital technologies and data in their homes. 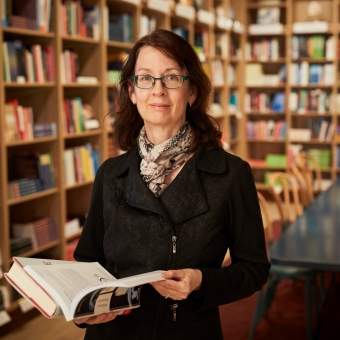 Prof. Lupton says the first phase of the project involves visiting people in their homes and making videos “where we talk to them as they’re showing us around and recording the technologies they use”.

“When physical isolation measures were being brought in, we obviously had to rethink how we were going to continue with our project,” Prof. Lupton says.

But Prof. Lupton says their project deadline meant they were unable to delay research when COVID-19 removed their ability to visit people.

They switched to virtual home visits, using Zoom calls to record interactions with the participants in their houses.

“It was at that point that I decided there must be other social researchers trying to overcome similar problems during this pandemic,” she says.

Prof. Lupton shared her online fieldwork document, which initially contained just a couple of her own helpful tips, with her 11,000 plus Twitter followers.

“I then basically tweeted out the invitation for other researchers to add in material, and it just went gangbusters from there,” she says.

The document quickly grew to almost 40 pages in length and now has useful contributions from people from all around the world, she says.

“A team of six have also translated the whole document into French so that it can be shared among the French-speaking world.”

The document has also been featured and shared on websites, including Harvard University's Contemporary Ethnography and Inequality Workshop, the American Anthropological Association, the Centre for Space, Place and Society in the Netherlands, Sage publisher's Methodspace, and more.

Prof. Lupton was also approached by the qualitative research software developer company QSR International to participate in a webinar based on the content in the Google document.

About 5,000 people around the world signed up to listen in, she says.

Prof. Lupton is now working on a series of short webinars that will show people how to do fieldwork during a pandemic, following the huge interest in new social research methods.

“I have set up a YouTube channel for this called Breaking Methods and have begun uploading the webinars as open resources for teaching and learning,” she says.

Prof. Lupton says Facebook was also a great way to curate a group of academics and students around an interesting research topic or method.

“Having those live conversations with people online has been really important for me and for a lot of my colleagues as well during this time of isolation,” she says.

As for the content of her current research project, Prof. Lupton says it is in the context of very political issues surrounding third-party use of people’s personal data.

“There’s been a lot of scandals and controversies around,” she says. “The Australian Government’s metadata laws, the Facebook-Cambridge Analytica data scandal and the Robodebt and My Health Record controversies are just a few from recent years.

“One reason people were quite nervous about signing up to My Health Record is because they didn't think the government would adequately protect that information.

“So, it’s in the context of what kind of personal information is generated and shared online about people, and who has access to it, and how well it is protected by the companies or by the government agencies that collect that information,” she says.

“We’re visiting homes to see which digital technologies people use to support everything in their lives, whether it be for work, close relationships, monitoring what their children are up to, or for entertainment or leisure purposes, and what personal data this generates.”

“I think it's important to know what people think and feel about third-party use of their data and what they understand about these issues,” she says.

The project is expected to be completed by mid-2021.

For her next project, Prof. Lupton is one of the Chief Investigators working alongside academics from seven other universities to establish a new ARC Centre for Excellence in Automated Decision-making and Society.

“A part of that will be looking at the Robodebt crisis which was all about using automated decision making to match data sets between the tax office and Centrelink,” she says.

“Many people were disadvantaged by the introduction of that process, so this current project reflects quite well with what I want to be doing within this new Centre of Excellence.”