What classic Simpsons episodes can teach us about Trump-era politics

As Donald Trump and Joe Biden vie for votes ahead of the US election on November 3, US political expert Dr Will Clapton explores significant parallels between 90s Simpsons satire and contemporary US politics.

Revisiting three classic episodes from the 90s offers a unique insight into the “issues and events that are reflected in contemporary politics and are still current today”, he says.

The story of Sideshow Bob’s fraudulent landslide win in the election for Springfield mayor draws its inspiration from the Watergate scandal of the 70s, but it could just as easily be about Trump’s presidency today, Dr Clapton says.

Sideshow Bob’s campaign enjoys the “support of notable right-wing radio jock Birch Barlow who is modelled on the real-life US political commentator Rush Limbaugh”, a strident Nixon supporter, Dr Clapton says. There are contemporary parallels with the politicisation and “movements of the existing conservative media in the United States”.

However, while Sideshow Bob is eventually removed as a result of court proceedings, Nixon resigned before the House formally voted on the articles of impeachment that were drawn up, says Dr Clapton, and contemporary calls for Trump’s impeachment have not eventuated. 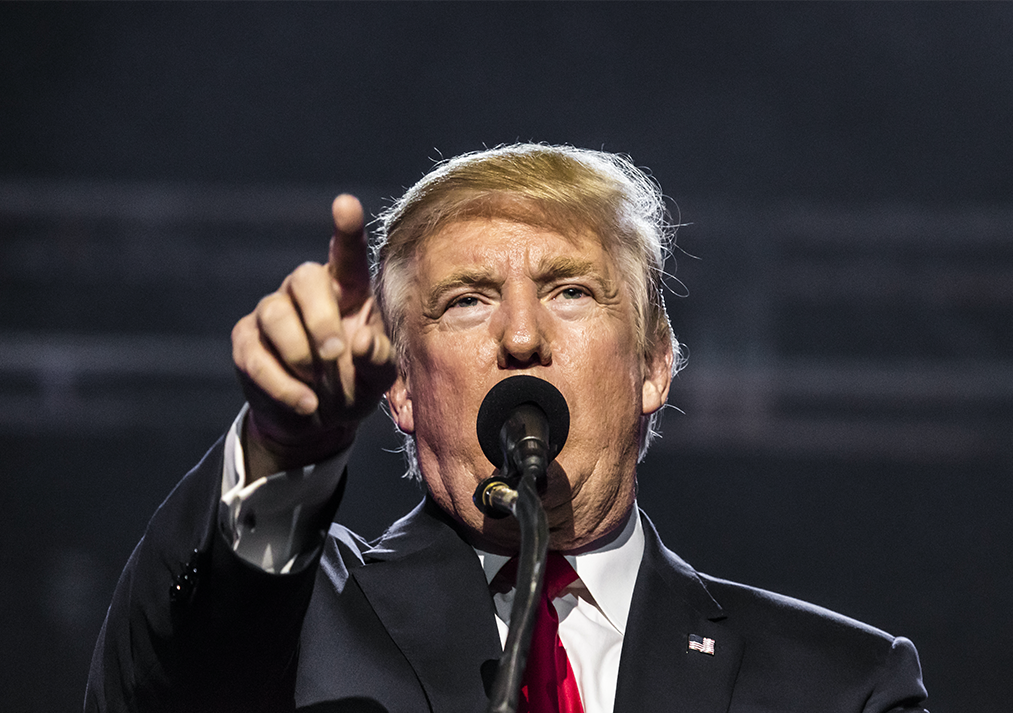 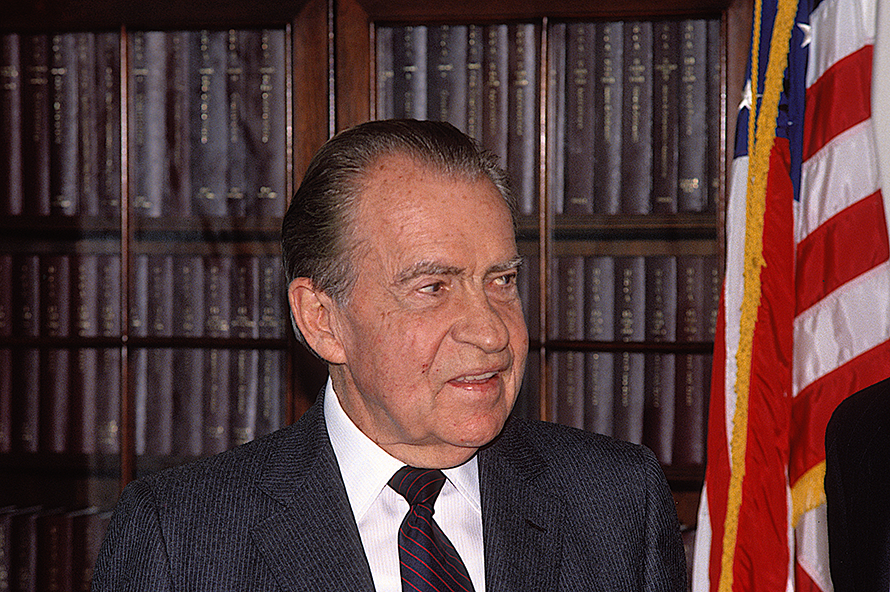 Dr Clapton says the episode also satirises and critiques the media’s ability to distort facts and the truth and to manipulate what some consider to be a “relatively lazy, uninformed, and apathetic electorate to get problematic candidates elected to office”.

“So you can see how that might, depending on your view, overlap with the election of someone like Donald Trump, to the office of President of the United States,” he says, “[and the role of] Rush Limbaugh, Fox News, and Trump’s most recently favoured network the very right wing One America News Network.” 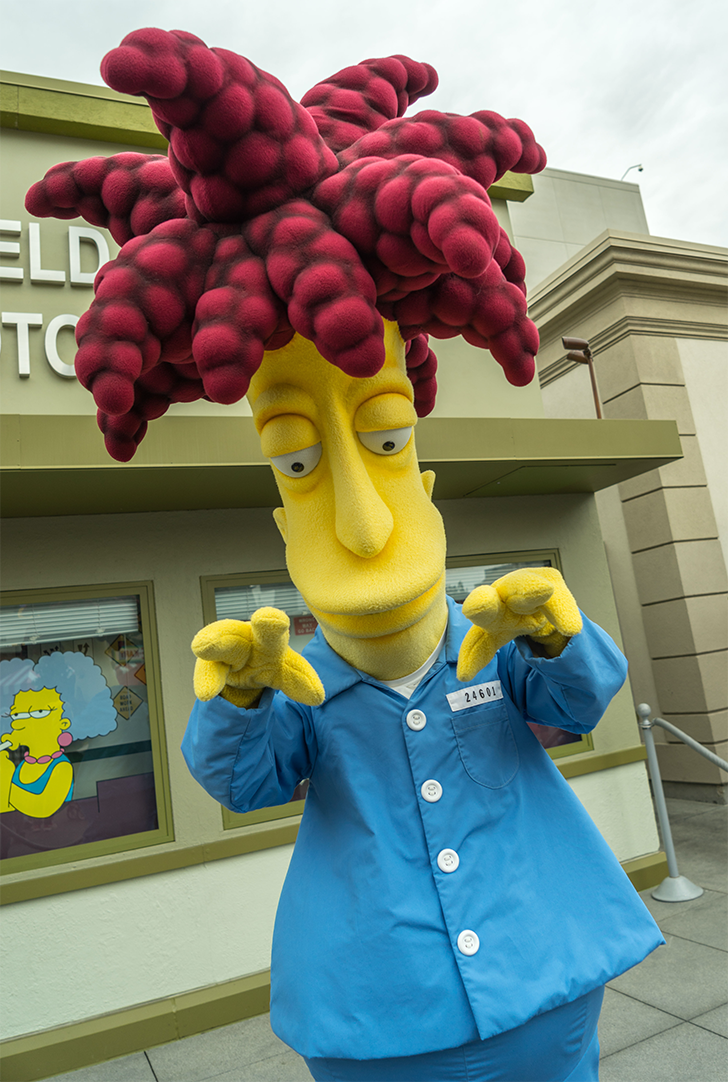 The episode is packed full of Watergate references, including Springfield’s former mayor Quimby who looks ill during his debate with Sideshow Bob, a nod to Nixon’s poor health during the debate for the 1960 presidential election, Dr Clapton says.

“Nixon [had] had a recent cold, and sweated considerably throughout the interview, and just came off as looking quite sickly and pale in comparison to the relatively more youthful Kennedy who would go on to win the election.”

The real question is whether Trump’s tan will place him above Biden in voters’ hearts and minds.

The Cartridge Family questions controversial gun rights and gun control in the US (Season 9, episode 6, 1997)

Dr Clapton says The Cartridge Family highlights issues around gun control that some people say have only become worse and more problematic since the episode first aired in the 1990s.

Loopholes in weak US gun laws mean that dangerous people can still gain easy access to these weapons, according to The Giffords Law Centre, with about one million Americans dying from gunshot wounds over the past decade which is often due to homicide or suicide.

“So, The Cartridge Family is basically a story of how certain people should not be allowed to have firearms,” Dr Clapton says. 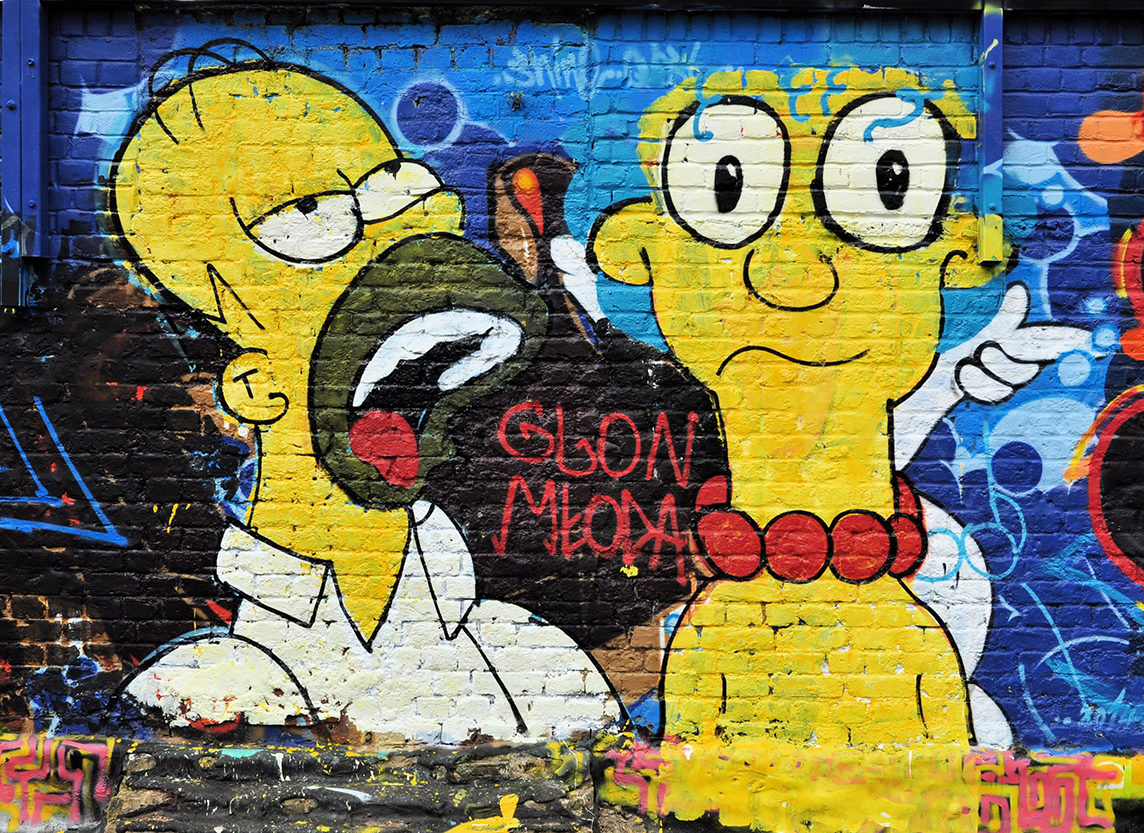 The episode illustrates this through Homer, who manages to buy a gun even after telling the store owner ‘I’d kill you if I had my gun’ when told there is a five-day cooling-off period, and even after ticking all the boxes for having a mental illness, alcoholism, and run-ins with the law, Dr Clapton says.

“Homer is upset when the store owner stamps his record as ‘potentially dangerous’ but tells him to ‘relax’, and that it just means he is limited to three handguns.”

There are also repeated references to and satire of the second amendment [the right to bear arms], through the idea that, “the King of England can come in at any time and get you, therefore it’s my constitutional right to have a gun,” Dr Clapton says.

The second amendment was ratified in 1791, a few years after the American Revolutionary war.

“Today, Trump often talks about the second amendment and protecting gun rights as part of the package of desirable traits that good candidates for the Republican Party should have,” Dr Clapton says. 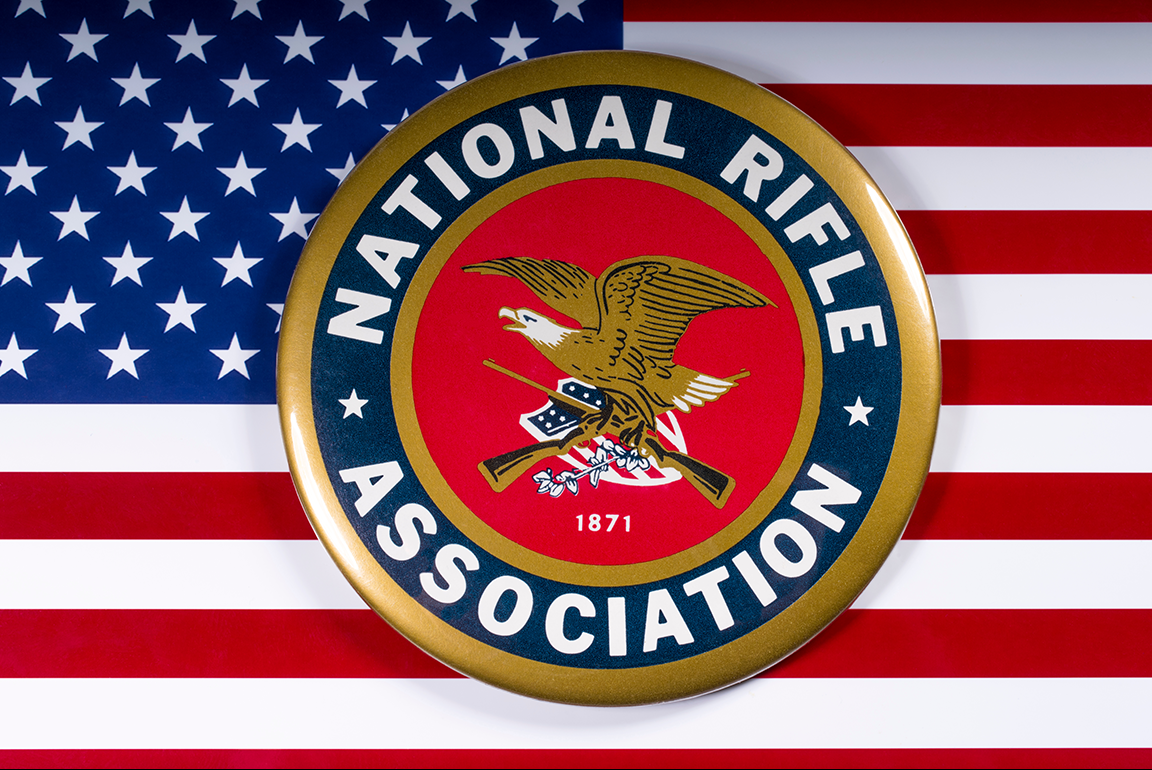 In 2016, the National Rifle Association, which is often depicted in The Cartridge Family, contributed about $13million to Trump’s election campaign.

Although Dr Clapton says the episode is not an entirely negative portrayal of gun culture, it includes the “often trotted-out line of ‘the only thing that can take down a bad guy with a gun is a good guy with a gun’.”

For example, when The Simpsons are held-up by Springfield’s resident criminal Snake, they are rescued by the NRA members who had earlier kicked Homer out of a meeting for displaying reckless behaviour with the gun, he says.

Mr Lisa Goes to Washington on corruption in US politics (Season 3, episode 2, 1991)

Government greed and corruption, and the corrupting influence of money and unscrupulous companies in US politics are just as true in the 1990s as they are today, Dr Clapton says.

“During this episode, Lisa witnesses a timber industry lobbyist offer a bribe to a corrupt congressman, Bob Arnold, in exchange for allowing loggers into Springfield Forest,” he says. 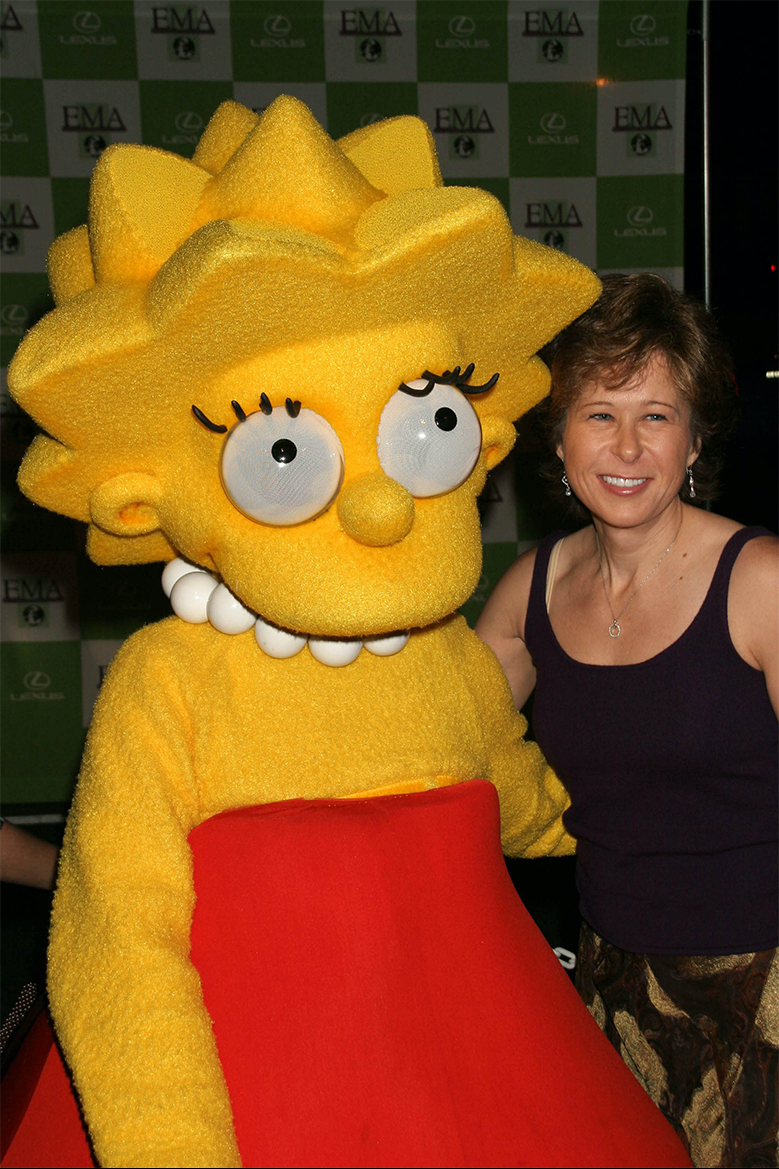 “The issue of lobbyists’ influence over government officials, corruption and the poor behaviour and practices of private companies are all issues that continue to shape and bedevil American politics, indeed, global politics.”

Dr Clapton says since the episode aired, these issues have only deepened.

“Today, presidential elections are still only reserved for those who are already rich, powerful and have the connections to fundraise and attract hundreds of millions of dollars in donations,” he says.

“Senators and congresspeople are similarly reliant on donations and fundraising for election and re-election. And lobbying itself remains fairly controversial in the US due to concerns about corruption.”

The episode also tackles the issue of patriotism, nationalism and jingoism, expressed via the very essay contest that Lisa enters, Dr Clapton says.

“It is a satire and critique of the way the American dream and patriotism are driven into children, reproduced and reinforced,” he says. “For me, the episode is sharply critical of such an uncritical subservience to the patriotic myth of a fundamentally, foundationally just and pure system, one that ‘works’.

“The episode clearly shows that the reality is more complicated, and while I think the show suggests that overall the system sort of works, the ending is so happy and so over-the-top – politicians dropping everything because a ‘little girl is losing faith in the system] – that I don't think it is meant to be taken as a sincere message that the system and the American dream are as pure as some pretend.” 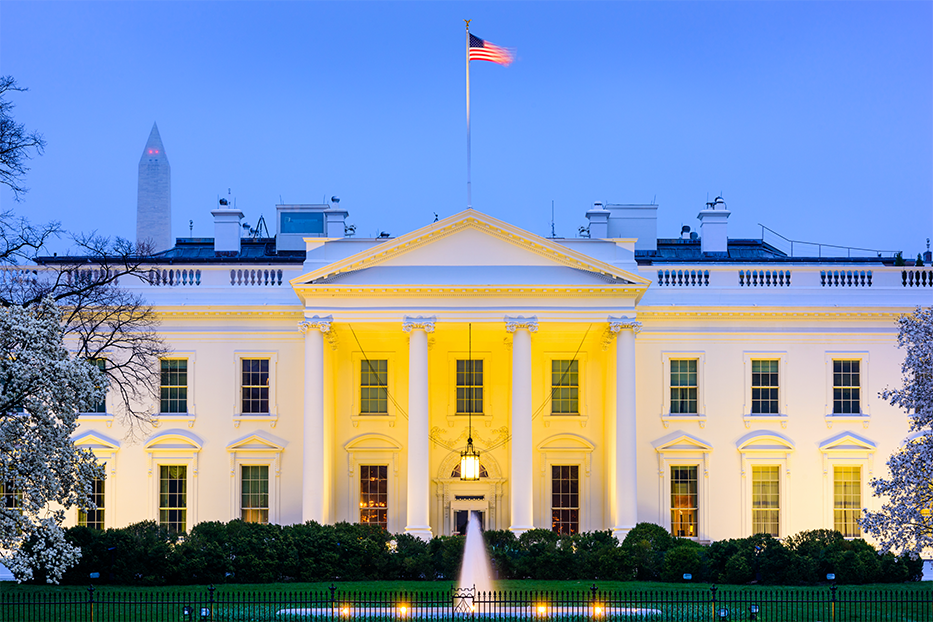 Dr Clapton says ultimately the episode encourages us to think carefully about what works in American politics and what doesn't.

“All of this is especially relevant today in a system that arguably has only weakened and decayed over the last 30 years,” he says. “A resurgence of what some would call blind nationalism and patriotism leading to what many would consider damaging outcomes, like the election of Trump, and so on.”

The title of this episode references Mr Smith Goes to Washington, a critically acclaimed 1939 film about a man who fights political corruption after being appointed to a position in Congress, again suggesting these issues have a long history in American politics.