Australia's coronavirus bill: who does the government owe money to?

Australia’s $300 billion coronavirus deficit has been called 'eye-watering' and may take decades to pay back, but who exactly is Australia in debt to? 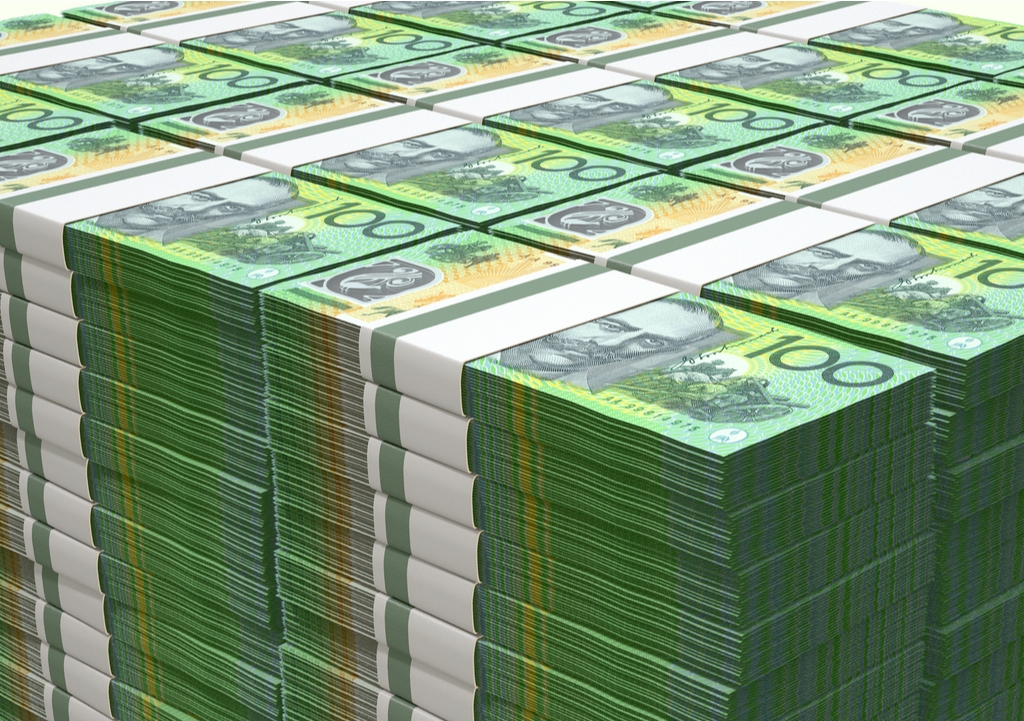 The government's latest economic update shows Australia going from a $5 billion surplus to $86 billion in deficit. The coronavirus pandemic alone knocked $33 billion off budget revenues last financial year, and another $56 billion is projected for this fiscal year.

But the cost of the emergency measures is even higher: $58 billion last financial year and $118 billion this fiscal year. The result? A $90 billion budget deterioration in 2019-20 followed by a $190 billion decline in 2020-21, totalling almost $300 billion in debt, that will need to be repaid.

The Treasurer described the numbers as "eye-watering", and it could take decades for Australia to clear and younger generations could be saddled with financial hardship as a result. Numbers aside, exactly who does Australia now owe money to, and what does this mean for future generations?

First, it is essential to understand how government debt works. The government borrows money by issuing treasuries, which can be short- and long-term. Investors buy these treasuries – effectively lending the government money in return for receiving the principal and interest back, explains Mark Humphery-Jenner, Associate Professor in the School of Banking & Finance at UNSW Business School.

While the precise repayments vary between the different types of treasuries, these treasury securities trade in what's called the 'secondary' market where investors buy and sell them after issue, explains A/Prof. Humphery-Jenner.

The Reserve Bank of Australia (RBA) can also hold government bonds, and would typically buy bonds in the secondary market. But more precise information on other lenders is challenging to come by and is generally opaque, A/Prof. Humphery-Jenner explains. "Further, data is relatively opaque on who buys the government bonds at issue versus who buys them in the secondary market," he says.

"The government notes this is partly because two-thirds of treasuries are owned through 'custodial' accounts, which hold the treasuries on behalf of investors, and these custodians often need not disclose the identity of the ultimate investors."

Two-thirds of Australian government debt is held by non-resident investors – a share that has risen since 2009 and remains historically high. But it's difficult to say precisely who these investors are, though the largest bondholders often include central banks and commercial banks.

So who exactly are we now in debt to?

In April, the Australian government issued a record $13 billion in new bonds on a single day. Reportedly, more than two-thirds of the interest in the government bond deal came from domestic banks. Prime Minister Scott Morrison said it reflected confidence the Australian economy could pay off its debt.

According to reports, offshore buyers took home the rest, with Asia (excluding Japan) buying the second-biggest portion of government bonds (at 17.6 per cent), followed by the UK (7.2 per cent), North America (5.1 per cent), Europe (1.9 per cent) and Japan (0.2 per cent).

But precise details around the asset managers and hedge funds which buy Australian government bonds are often not forthcoming, says A/Prof. Humphery-Jenner. According to financial data from Factset, the top three most significant bond funds are from JPMorgan, T Rowe Price and Vanguard. For some fund families, such as JPMorgan, they have multiple different funds with treasury ownership.

But concerning precise holders of government debt, there is little information on specific ownership and precise lenders, reiterates A/Prof. Humphery-Jenner.

More spending to come, so what does this mean for future generations?

The government debt is denominated in Australian dollars, so the Australian government is not beholden to currency fluctuations, nor does Australia bear inflation risk, explains A/Prof. Humphery-Jenner. Further, the lenders cannot force early repayment, nor can they force Australia to buy back the debt.

"The main reason the lender might matter is if there were fear lenders might sell the debt (assuming it is listed and/or there is a buyer), which could depress the Australian dollar," he says.

"However, this could be self-defeating, as it would require a significant bond dump and would also harm the lender's interests by devaluing the debt they hold."

Further, “if Australia systematically relies too much on any one lender or country, Australia could be vulnerable to political machinations when it comes time issue more bonds in the future”, indicates A/Prof. Humphery-Jenner. Thus, “having a diversified lender pool – and a significant number of domestic lenders – can have some advantages”.

How the government manages the economic recovery may be the key to ensuring younger generations don't pay too high-a-price for managing the crisis.