Not all smooth sailing for Olympic hopeful Max Paul

With border restrictions in place, chasing his sailing dreams has been a challenge for UNSW Commerce student Max Paul, but he is determined to keep an even keel. 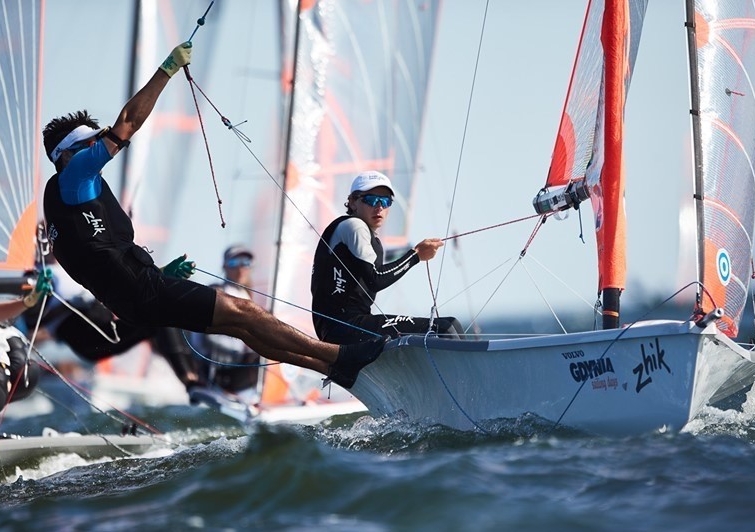 If you were choosing a sport for these socially distanced times, sailing would be high on the priority list.

With no contact required between participants and clear blue ocean between them, it is an ideal sport to pursue in the COVID-19 era.

However for UNSW Commerce student Max Paul, there have been challenges to overcome to continue with his training.

“The National Training Centre for sailors is in Sydney which makes meeting as a group extremely difficult due to both Queensland and Victorian borders being closed,” he said.

“We had an abrupt pack-up two weeks ago to beat the Queensland border closure to ensure that all the athletes could keep training together.

“It is difficult to manage my schedule with no clear end date in sight, but we are all doing our best to improvise and keep training!”

Paul has been an impressive sailor for some time, turning heads as he moved through the junior ranks due to his skill and maturity.

With a wealth of achievements at the junior level, he is well placed to continue his sailing career into open competition.

“Last year was my final year competing at the Under 19 level, where I won a Bronze Medal at the Youth World Championships and then moved onto the Olympic circuit later in the year,” he said.

“In December 2019 we had the final Olympic qualifier for Tokyo in Auckland which doubled as our World Championships.”

Moving so quickly was a surprise to Paul, but he is accepting every challenge that comes his way.

“I came 30th (at the Olympic qualifier) which met a baseline for the Australian Sailing Squad and fast forward to now and I am training with the Olympic squad,” he said.

While he is enjoying the training, he is staying level-headed and looking towards the Paris Olympics in 2024 as a realistic ambition.

The intense nature of the training brings its own set of complications, with Paul trying to find the right balance between his studies and his sport.

“It has certainly been a challenge in more recent times, trying to reschedule assessments and study between moving up and down the east coast to predict border closures,” he said.

“I have been really lucky to have the guidance of the Elite Athlete Program at UNSW to help navigate some trying circumstances.”

With so much uncertainty in the coming year, Paul is focusing on riding each wave as it comes.

“Until I know we will be travelling to compete on the European circuit my goals are to make the most of the training environment in Australia and continue to hone my skills in order to ruffle some feathers when the time comes,” he said.

With his focus and mature outlook, it seems certain that Paul will continue to find favourable winds that guide him in the right direction.

Max Paul is a member of the UNSW Elite Athlete Program and is a Sport Scholarship holder.