Why the 'wimpy' Y chromosome hasn't evolved out of existence

Cell Press & UNSW Media // The 'persistent Y hypothesis' explains why the Y chromosome may be more resilient than it first appears. 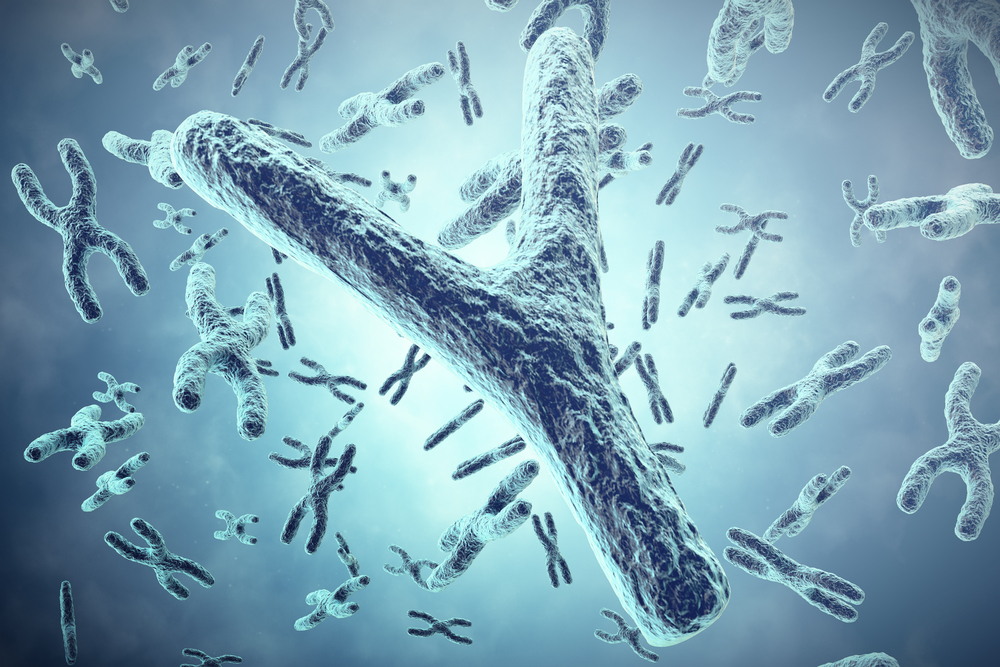 An Opinion paper co-authored by a UNSW scientist – published online this month in the journal Trends in Genetics – outlines a new theory, called the "persistent Y hypothesis", to explain why the Y chromosome may be more resilient than it first appears.

Much smaller than its counterpart, the X chromosome, the Y chromosome has shrunken drastically over 200 million years of evolution. Even those who study it have used the word "wimpy" to describe it, and yet it continues to stick around even though sex chromosomes in non-mammalian vertebrates are known to experience quite a bit of evolutionary turnover.

"The Y chromosome is generally thought to be protected from extinction by having important functions in sex determination and sperm production, which, if moved to somewhere else in the genome, would signal its demise," says co-author Paul Waters, an Associate Professor at the UNSW Sydney. "However, we propose that the future of the Y chromosome is secure because it carries executioner genes that are critical for successful progression of male meiosis--and unlike other genes on the Y, these executioners self-regulate."

During meiosis, sexually reproducing organisms form haploid gametes (eggs and sperm), each of which contains only one copy of each chromosome. They do this through one round of genome replication followed by two consecutive rounds of cell division. This meiotic process is tightly regulated to avoid infertility and chromosome abnormalities.

One step of meiosis requires the silencing of both the X and Y chromosomes during a specific window. "Importantly, the Y chromosome bears genes that regulate this process, a feature that has been known for years now," says co-author Aurora Ruiz-Herrera, a professor at Universitat Autònoma de Barcelona in Spain. "We believe that bearing these genes is what protects the Y chromosome from extinction. The genes that regulate the silencing process, the Zfy genes, are called 'executioner' genes. When these genes are turned on at the wrong time and at the wrong place during meiosis, they are toxic and execute the developing sperm cell. They essentially act as their own judge, jury, and executioner, and in doing so, protect the Y from being lost."

The Y chromosome is present in all but a handful of mammalian species. Important contributions to understanding the Y chromosome have come from looking at the rare mammals that don't follow the rules--for example, a handful of species of rodents. "I've always been a firm believer that the comparison of unusual systems is informative to other systems," A/Prof. Waters says. "Determining the common prerequisites for rare Y chromosome loss enabled us to build a hypothesis for how Y chromosomes persist in most species."

The collaboration between Waters and Ruiz-Herrera--based half a world apart--began to bear fruit during the COVID-19 pandemic. "Earlier this year, we put together a grant application to examine aspects of X chromosome silencing during meiosis," says Waters. "After the shutdown of our labs, we decided to massage our discussions into a review article. We had no idea we would essentially stumble onto such an intuitive mechanism to explain why the mammal Y chromosome has persisted in most species." Going forward, the researchers plan to take a closer look at how the executioner genes evolved, and how they are regulated from evolutionary and functional perspectives.

"The mammalian Y has been taken as a symbol of masculinity, not only in popular culture but also in the scientific community," Ruiz-Herrera says. "Despite that, many have projected that, given enough time, it will be eventually lost. However, we propose the Y chromosome can escape this fatal fate. So our male colleagues can breathe easy: the Y will persist!"