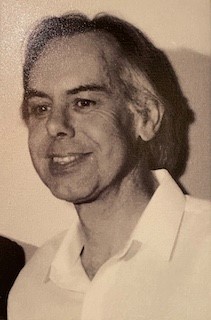 Earlier this month Ken Robinson, our former colleague here in Computer Science and Engineering passed away. Ken joined UNSW in January, 1965. He was originally in the Department of Electronic Computation (within Electrical Engineering), with Professor Murray Allen as Foundation Chair.  That would make it one of the earliest computing departments anywhere in the world. Originally the department also ran the University’s one and only computer. Promoted to Senior Lecturer in 1982, Ken was the Head of the Department of Computer Science from 1987 to 1989. When the School of Computer Science and Engineering (CSE), was formed he was Acting Head of School and then the Head of the Department of Software Engineering from 1996 to 2000, and promoted to Associate Professor in 1999. He retired in 2012 but he remained connected with CSE for a number of years after that.

In 1974 the Department of Computer Science (in Electrical Engineering) had a PDP 11/40 for teaching and administration. Recognising the UNIX system as ‘too good to be true’, Ken wrote to Dennis Ritchie to acquire a copy which arrived in 1975. This made UNSW the first University outside of the USA to run UNIX as a production facility (UNIX is the operating system underlying the Apple Mac computers, Linux and many others). Later Ken introduced a teaching innovation; the building of a complier as a major assessable, practical project in his Programming Languages and Compiling Techniques Subject. With David Carrington, Ken implemented the Give system that is stilled used in CSE today for students to submit their assignments.

At the time, FORTRAN was the dominant language. Ken championed the introduction of structured programming languages and brought in Pascal as the main programming language for computer science. Later, he moved us on to functional programming. He was a very strong advocate of formal methods in software engineering and established a collaboration with Tony Hoare’s Programming Research Group in Oxford. Ken influenced a lot of people through his teaching and through his work on formal methods, including Carroll Morgan, who went to Oxford and became prominent in that area, before returning to UNSW. Ian Hayes, who did his PhD at UNSW and then went to UQ, also spent time at Oxford and became well known in formal methods.

Ken was the architect of the original BE Software Engineering program in CSE as well as being the program coordinator for many years. He also initiated the BE Computer Engineering program. These two programs are still running and comprise two of CSE’s four undergraduate programs.

Ken was the driving force, for many years, behind teaching in the Department and later the School. He was well known, not just for his innovations in teaching but also because he cared very much about the students and their welfare. He always had time to talk to and help his students. Awarded the UNSW Vice-Chancellor’s Award for Teaching Excellence in 1990, Ken was instrumental in many innovative teaching initiatives.  He was the first to use Pascal and Miranda as a teaching language in Australia; and first to introduce a compiler subject into the teaching curriculum.

As one of the only engineers among his colleagues, Ken was able to see the importance of an engineering approach to software development and that it should be taught as an engineering discipline, a view that was not a widely held at the time.

Ken’s passion for quantitive methods led him to Event-B.  Having introduced it into the SE curriculum, he made numerous contributions to the development of the Event-B tool – Rodin.  As such, the Rodin team has dedicated the latest release to Ken, Ken's Release Notes.

Ken is remembered fondly by his colleagues and former students who said of him, “Ken was an amazing individual, super intelligent, and passionate about his work”, and that “the intellectual values, from the beginning of the school, were set by Ken Robinson”. Other colleague noted that, “he cared very much about the students and their welfare. He always had time to talk to and help his students.” Ken is missed by all who knew him and whose lives he touched. His energy lives on in the ethos of CSE today.