The future of drones: the good, bad and ugly

Recreational and commercial drone usage has taken off, but the dangers could be going over our head.

It’s no longer pie in the sky – drones have entered the mainstream. Recreationally and commercially, the uses of the Unmanned Aerial Vehicle (UAV) have rapidly expanded. But while there have been welcome advances in agriculture, aerial photography, product deliveries, even racing, it’s hard to ignore the less glamorous applications.

Invasive applications of drone technology, particularly in policing and surveillance, are creeping into daily life in unassuming ways, according to Senior Research Fellow in the School of the Arts and Media, Dr Michael Richardson.

“A lot of people won’t find much to worry about, but there are potential problems that happen when technology is adopted in an unchecked fashion,” the media technology researcher says.

“When everybody was signing up to Facebook, we just thought that it was a way to get in touch with the people you went to high school with.”

Like all technologies, the question is how drones are used, he says.

The enthusiastic adoption of drones in the civilian space is understandable, Dr Richardson says. Many of the recreational and industrial applications of drones are exciting and have potential, he says.

“For instance, using drones to reseed areas of the bush ravaged by the bushfires, or [to] investigate disaster zones, could have some really positive ecological impacts,” he says.

In addition to emergency responses, popular recreational uses, including drone photography and videography, can also be beneficial.

“We’re able to produce strange and beautiful images of spaces and places that are familiar to us, but also might be very unfamiliar,” he says. “For example, you can look at drone footage of Chernobyl and see a place that has been off-limits to visit for the vast majority of humanity since the reactor meltdown.

“It’s having a really transformative effect in those spaces, and that’s before we even get into the industrial applications in agriculture and a bunch of other areas,” he says.

But as with most technologies, the public understanding on the one hand and the regulatory frameworks, on the other hand, have lagged way behind, he says.

Dr Richardson says drones have infiltrated our everyday lives with relative ease, without consideration of the long-term consequences. For instance, culturally, we’ve become more normalised to the view from the drone than its physicality.

“Watch any movie or TV show, and there are drone shots everywhere – we see the world through the eyes of the drone all the time, particularly because it’s so much cheaper than a helicopter,” he says.

“We don’t ‘need’ to see the Great British Bake Off through the eye of a drone, but it’s become [such] a regular part of the visual field and culture that it’s no longer remarkable.” 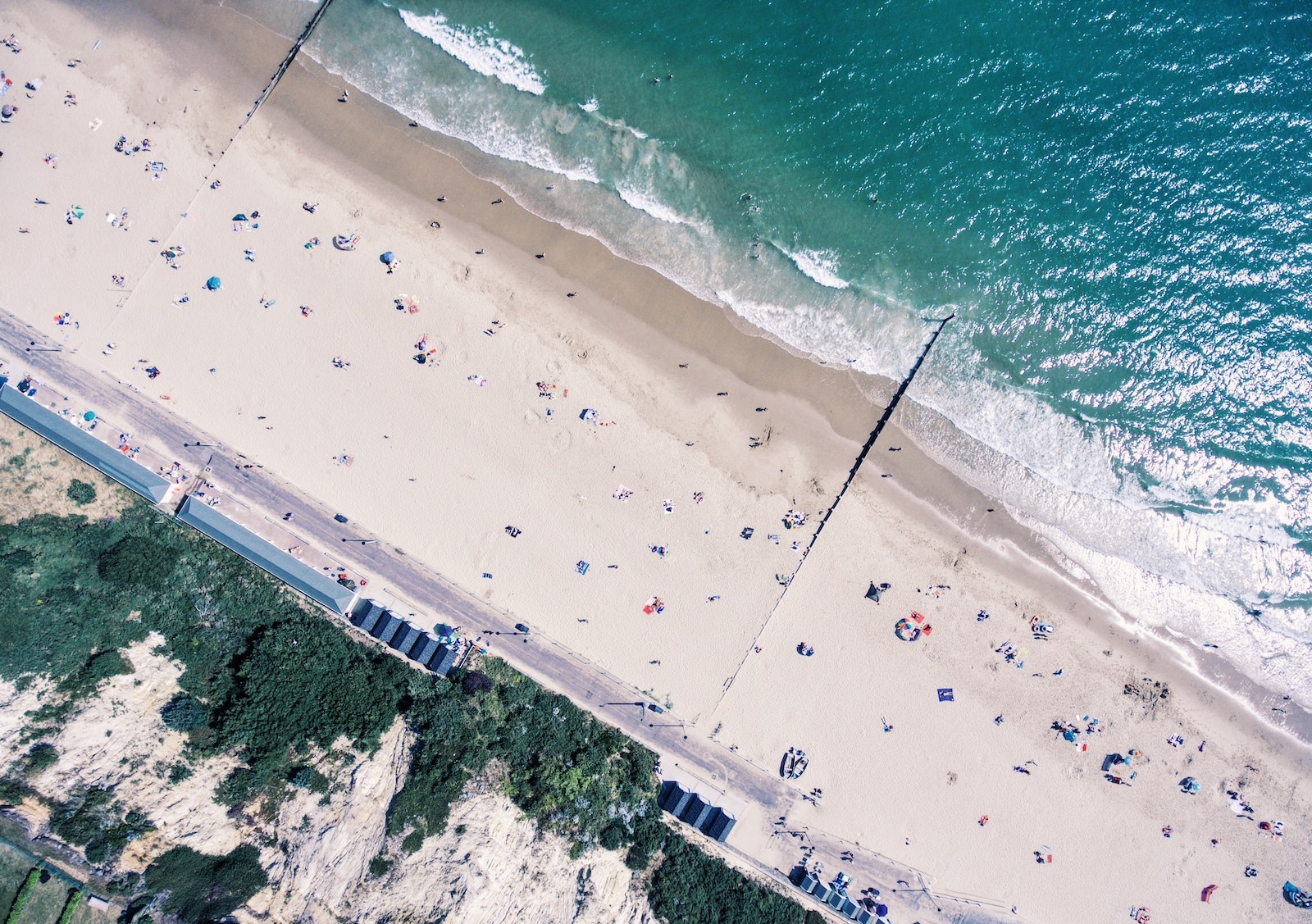 While we’re desensitised to the visuals of drones, we’re less accustomed to the buzzing of the drone and its presence overhead.

“People still find that very uncomfortable,” he says. “They also close in the sky and cut off open space, and I don’t think we’re reckoning with what that means if things move to scale.”

Despite what we might think, the risk around the proliferation of drones is more about the way they change how spaces feel than about privacy, he says.

“When we think about privacy, we tend to think about a drone spying on you through your bedroom window and peeking inside. But when drones are present all the time in public space, they’re changing how we experience that space in much more subtle and more pervasive ways and can have implications for all sorts of things like freedom of assembly,” he says.

Perhaps the most problematic use of a drone is as a tool for suppression, Dr Richardson says. Just the fear of being watched can be enough to deter people from public participation, he says.

“If you think or feel worried that drones are going to be monitoring or recording a crowd, it might deter you from being involved in public protest, for example,” he says. 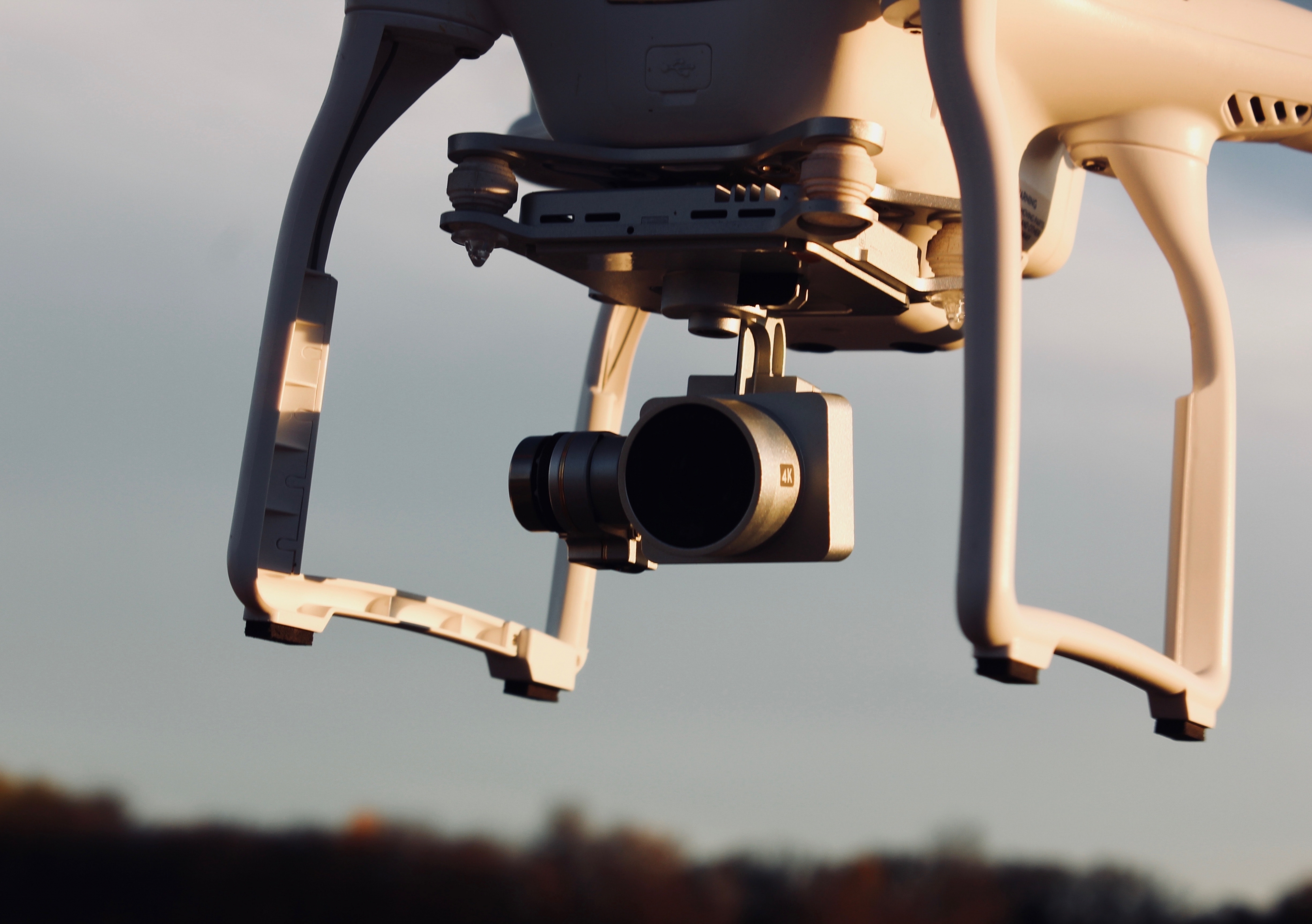 “We’ve also seen in the US, airspace regulation as a means of controlling who can fly drones, where and when, for instance, allowing private security to use drones but not allowing activists to use drones, so there is a potential disparity in power.”

The recent interest in drones by police forces around Australia in response to COVID-19 is of concern, he says.

“The speed with which police wanted to roll out drones to solve various pandemic-related problems is not at all surprising,” he says. “On the one hand, people might say it’s a public health endeavour, but we’re transferring responsibility for public health management away from people and community, and onto the cops using surveillance devices.”

While we might be okay with some aspects of police drone usage, it could become a slippery slope, he says. Now is the time to introduce clear safeguards and accountability to prevent unwanted surveillance in the future, he says.

“Otherwise, the question becomes, where else will police deploy those types of technologies.

“It’s very unlikely to be taking photos down at Bondi.”