Marijke Bassani does not feel comfortable talking about herself. It’s not that she is shy, rather she believes the focus should be elsewhere: “My research is about my community, not me,” she says.

“The Indigenous LGBTIQ+ Sistergirl and Brotherboy community is a diverse and vibrant intersecting Indigenous minority with many strong intelligent voices.”

Through her research, she says, her job “is to elevate those existing voices by providing a platform for them to be heard on both the domestic and international stage”.

Ms Bassani’s PhD project – a comprehensive cross-border study into the experiences of Indigenous LGBTIQ+ Sistergirl and Brotherboy peoples within their communities and the law – is about “creating safer communities through building awareness and acceptance of diverse Indigenous genders and sexualities”.

“It’s about moving closer toward true emancipation from the legal, political and social conditions we, as an Indigenous minority, continue to experience in our daily lives as a result of colonisation.”

Ms Bassani does not like to speak about herself, so she talks about her community – about her people: the Lama Lama, Binthi Warra and Bulgun Warra.

She speaks of her youth, of growing up in an isolated community in the Cape York Peninsula, spending her time travelling between other remote Aboriginal and Torres Strait Islander communities throughout the region for family and cultural obligations.

There are the strong cultural traditions and rich linguistic diversity of the Cape York Peninsula: “English, is my second language,” she says, “my first language is Guugu Yimidhirr”.

But that’s relatively common for “the Cape”, she says; a cultural and linguistic tradition and diversity that has stood strong against the tide of colonisation. 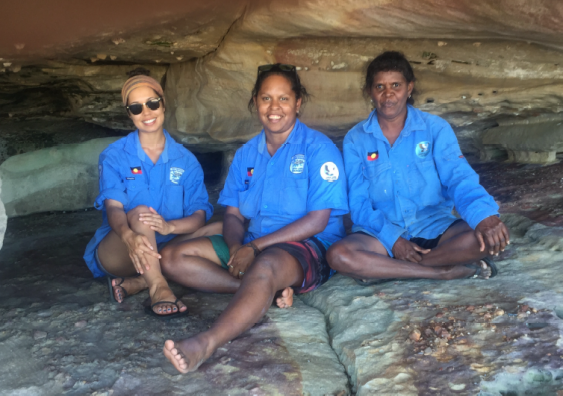 “Despite colonisation, many cultural and linguistic traditions remain strong and this is in large part due to isolation,” she says.

“But it’s also a region that experiences high rates of poverty, violence and social dysfunction due to isolation and the ongoing impacts of colonisation and intergenerational trauma.”

Exposure to these experiences, both positive and challenging, led Ms Bassani towards law and research. In academia, she saw a set of tools that could be used to “create real change for mob”.

This sense of social justice – developed largely through the lens of International Human Rights law –  motivates much of her current PhD project, which aims to improve the social, legal and cultural outcomes of Indigenous LGBTIQ+ peoples within Australia, the United States and further abroad.

“Growing up I witnessed, and experienced, the multidimensional forms of discrimination that Indigenous LGBTIQ+ Brotherboy and Sistergirl peoples from my community and family face daily,” she says. 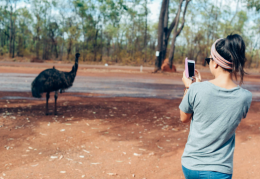 Exposure to this discrimination and the confronting challenges they present, coupled with the personal difficulties that Ms Bassani faced in navigating her own diverse sexuality, sparked a passion for Indigenous conceptualisations of gender and sexuality.

“I have observed, and experienced, firsthand the devastating emotional, cultural and social impacts this discrimination has on Indigenous LGBTIQ+ peoples,” which often, she says, end tragically with suicide.

“I hope this research can help build a world where Indigenous LGBTIQ+ Sistergirl and Brotherboy people are celebrated and valued rather than shamed, so that we no longer have to choose between being Indigenous and being LGBTIQ+ – a world where we can safely exist as our most authentic selves, and not be culturally and socially punished for it.”

Indigenous conceptualisations of  sexuality and gender

Examining these experiences through a community and legal lens is essential, Ms Bassani says, because “Indigenous LGBTIQ+ Sistergirl and Brotherboy peoples occupy a unique position in both the community and legal system; where we are not only exposed to racism, but also sexism, misogyny, homophobia, cissexism, transphobia, and more”.

Colonisation, she says, is responsible for “fracturing this aspect of our culture,” and a part of her research is “demonstrating that diverse Aboriginal and Torres Strait Islander gender and sexual identities have long existed in Cape York communities”. 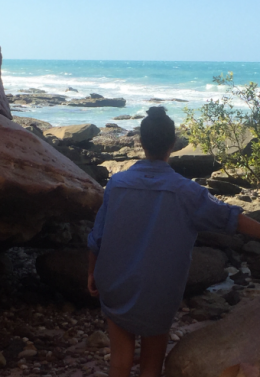 In several Indigenous communities in the Cape, there is even a resistance to labels defining gender and sexuality, she says, because “many of these labels and categories were imported and are not culturally specific or connected to the lived experience of Aboriginal and Torres Strait Islander Cape York peoples”.

“What I’ve found in the Cape ... through my research and lived experience, is that for many Aboriginal and Torres Strait Islander people, our Indigenous identity encompasses gender and sexual identity.”

“Since colonisation, we are now expected to conform to this colonial system of identity categorisation – resistance to this is often misinterpreted as ‘straight passing’ or ‘remaining in the closet’.”

This colonial idea of “subscribing to wangarr ngay [white people] labels” to define Indigenous gender and sexual identities, she says, “only further perpetuates our oppression by preventing us from decolonising our genders and sexualities in ways that are meaningful to our communities”.

Geographically and culturally specific terms like “‘Two-Spirit’, ‘Sistergirl’ and ‘Brotherboy’ provide examples of this decolonial work,” she says.

Ms Bassani’s PhD research will also examine experiences of Native American and Native Hawaiian LGBTIQ+ peoples who despite several hundred years of colonisation are paving the way for acceptance and awareness of diverse genders and sexualities within their communities.

This cross-border analysis, she says, can show what steps can be taken here to help create safer and more accepting Cape York Indigenous communities.

It also has potential to highlight what areas require law reform and policy development  – internationally and domestically – so that the legal systems, she says, that currently fail to protect Indigenous LGBTIQ+ peoples in Australia, the US and around the world can improve.

In recognition of the global application of her work, Ms Bassani was recently awarded both the American Australian Association Aurora Scholarship and Roberta Sykes Scholarship to support her research. 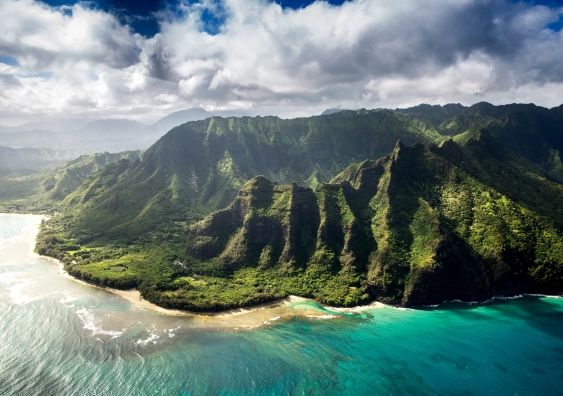 While the study abroad, at UC Berkeley and then the University of Hawaiʻi , has been delayed due to COVID-19, Ms Bassani has been heartened by the support for her research.

“It’s been overwhelming and humbling,” she says. “So many people within the field and community have reached out to me, either wanting to be involved or to offer support.

“There have also been a lot of requests made to be kept updated on the results as the research unfolds; it gives me hope that this work has great potential to make a real impact.

“At the end of the day, that’s what motivates me, that this work has a chance to affect real change for my community and my people.”

That is the ultimate goal of her research, she says: to foster “safer communities for Indigenous LGBTIQ+ Sistergirl and Brotherboy peoples to flourish and thrive – rather than just survive, by improving their social, legal and cultural outcomes”.

“I hope, if nothing else, that my work can help move towards that reality.”

Suicide Call Back Service: 1300 659 467 or suicidecallbackservice.org.au