A team led by 2018 Australian of the Year Professor Michelle Simmons has taken another important step forward in the development of a silicon quantum computer. 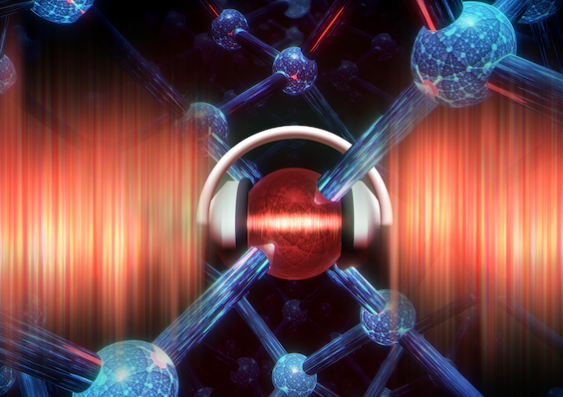 Researchers at UNSW Sydney have demonstrated the lowest noise level on record for a semiconductor quantum bit, or qubit. The research was published today in Advanced Materials.

For quantum computers to perform useful calculations, quantum information must be close to 100 per cent accurate. Charge noise – caused by imperfections in the material environment that hosts qubits – interferes with quantum information encoded on qubits, impacting the accuracy of the information.

“The level of charge noise in semiconductor qubits has been a critical obstacle to achieving the accuracy levels we need for large-scale error-corrected quantum computers,” says lead author Ludwik Kranz, a PhD student at UNSW’s Centre for Quantum Computation and Communication Technology (CQC2T) working with the Centre’s spin off company Silicon Quantum Computing (SQC).

“Our research has demonstrated that we can reduce charge noise to a significantly low level, minimising the impact it has on our qubits,” says Kranz.

“By optimising the fabrication process of the silicon chip, we achieved a noise level 10 times lower than previously recorded. This is the lowest recorded charge noise of any semiconductor qubit.” 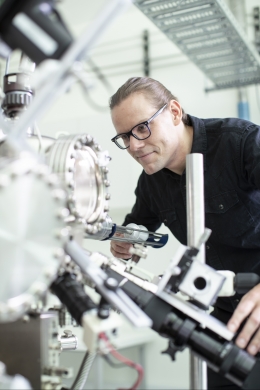 The level of charge noise in semiconductor qubits has been a critical obstacle to achieving the accuracy levels we need for large-scale error-corrected quantum computers, says lead author Ludwik Kranz.

Qubits made from electrons hosted on atom qubits in silicon – the approach that Prof. Simmons has championed since 2000 – are a promising platform for large-scale quantum computers.

However, qubits hosted in any semiconductor platform such as silicon are sensitive to charge noise.

The team’s research revealed that the presence of defects either within the silicon chip or at the interface to the surface were significant contributors to the charge noise.

“This was a surprise, as we have spent a lot of time optimising the quality of our silicon chip but this showed that even a few impurities nearby can affect the noise,” says Kranz.

By reducing the impurities in the silicon chip and positioning the atoms away from the surface and interfaces where most of the noise originates, the team were able to produce the record-breaking result.

“Our results continue to show that silicon is a terrific material to host qubits.  With our ability to engineer every aspect of the qubit environment, we are systematically proving that atom qubits in silicon are reproducible, fast and stable,” says Prof. Michelle Simmons, Director CQC2T.

"Our next challenge is to move to isotopically pure crystalline Si-28 to capitalise on the long coherence times already demonstrated in this system.”

Using the newly fabricated silicon chip, the team then performed a range of experiments to characterise the charge noise, with unanticipated results.

“From the noise spectrum we measured, we know that the longer the computation, the more noise affects our system,” says Dr Gorman.

“This has major implications for the design of future devices, with quantum operations needing to be completed in exceptionally short time frames so that the charge noise doesn’t become worse over time, adding errors to the computation.”

To perform error-free calculations required for large-scale quantum computing, a two-qubit gate – the central building block of any quantum computer – needs a fidelity, or accuracy, of over 99 per cent. To reach this fidelity threshold, quantum operations need to be stable and fast.

In a recent paper – published in Physical Review X – the Simmons group, using their atomic precision capability, demonstrated the ability to read out the qubits in one microsecond.

“This research, combined with our lowest charge noise results, shows that it is possible to achieve a 99.99 per cent fidelity in atom qubits in silicon,” says Prof Simmons, who is also the founder of Silicon Quantum Computing (SQC).

“Our team is now working towards delivering all of these key results on a single device – fast, stable, high fidelity and with long coherence times – moving a major step closer to a full-scale quantum processor in silicon.”

Professor Simmons is working with SQC to build the first useful, commercial quantum computer in silicon. Co-located with CQC2T on the UNSW Sydney campus, SQC’s goal is to demonstrate the capability required to reliably produce a 10-qubit prototype quantum integrated processor by 2023.

“Our team’s results further confirm that our unique approach – of precisely positioning phosphorus atoms in silicon – is an extremely promising prospect for building the error-corrected, large-scale architecture required for the commercialisation of silicon quantum computers,” Prof. Simmons says.