Professor Matthew England has been recognised for his leadership in meteorology, oceanography and climate science. 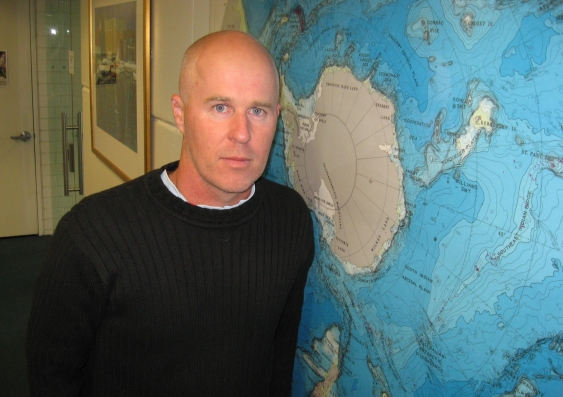 UNSW Sydney Professor Matthew England has been awarded the prestigious 2020 Morton Medal by the Australian Meteorological and Oceanographic Society (AMOS).

The Morton Medal recognises leadership in meteorology, oceanography and climate science, particularly through education and the development of young scientists and through the building of research environments in Australia.

“I am honoured to receive the Morton Medal which is a fantastic recognition of engaging our community on climate science research and supporting Australia’s young scientists. It’s a huge privilege to work with early career scientists and be involved in climate science education at UNSW,” Prof. England said.

“Climate change is already impacting society and the environment in profound ways. The researchers and students that we are training today will be the experts who help manage and solve this problem tomorrow.”

Over the last 25 years Prof. England has mentored 70 young scientists within his team, and many others nationally and internationally. He has been highly successful in establishing and building research environments in Australia, including the UNSW Climate Change Research Centre (CCRC) in 2006. This year Prof. England was announced as the Deputy Director (Research) for the successful ARC Centre for Excellence in Antarctic Science and was involved in establishing the International Universities Climate Alliance.

His research is used in many ways to assess climate change, including the circulation and variability of the Southern Ocean and its role in regional climate patterns, ocean circulation and feedback to the atmosphere, and Australian rainfall variability.

Prof. England has been an active member of AMOS over the last 30 years and was instrumental in integrating the Australian oceanographic community into AMOS.

“Prof. England’s research not only advances our knowledge of meteorology, oceanography and climate science, but also engages our community in these important areas. I am proud of his success and dedication to research,” Prof. Johnston said.

AMOS is an independent society representing the atmospheric and oceanographic sciences in Australia. It currently has over 500 members drawn from the Bureau of Meteorology, CSIRO, the university sector, other State and Federal agencies, as well as the private sector.